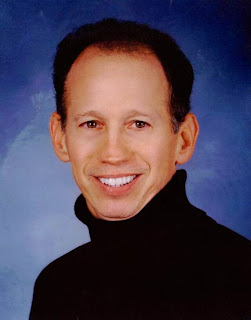 Sasha Cohen... Jill Trenary... Elaine Zayak... Calla Urbanski and Rocky Marval... Courtney Hicks... Kyoko Ina and Jason Dungjen... Ashley Wagner... the "Kween" herself Michelle Kwan... The list reads like a "who's who" of figure skating greats and all of them have not only their medals and U.S. titles in common. All of these skaters have had programs choreographed by one of figure skating's greatest choreographers, Phillip Mills. A highly successful gymnast and international star in the world of ballet, Phillip turned to the world of choreographing for figure skating and has choreographed for countless champions in singles, pairs and dance and helped lead them to National titles in the U.S. and around the world. Joining legendary coach Carlo Fassi as the choreographer at the Broadmoor World Arena and Ice Castle International Training Center, Mills went on to work with many more of the skating world's best and create pieces that complemented their own unique styles while bringing out the very best in them. It was my pleasure to have chance to ask Phillip about his many experiences in the figure skating world, his thoughts on what great choreography is all about and so much more:

Q: You have worked with a who's who of figure skating, choreographing legendary and memorable programs for everyone from Michelle Kwan to Katia Gordeeva, Elaine Zayak, Jill Trenary and so many more. Which skaters have you developed the closest bonds with over the years?

A: I would have to say my closest bond is with Sasha Cohen because I still see her occasionally and because of the number of programs I did for her over the years. Her personality and enthusiasm was invigorating every time we got in the rink for rehearsal. Elaine Zayak is truly a lady and was amazing during her comeback. I remember when I was choreographing her short program and saying "OK, now have to do a spiral sequence" and she said "Oh, I don't do spirals", and I responded "Honey, you may not do windows but now in this day and age you have to do a spiral sequence". When Frank Carroll asked me to choreograph for Michelle Kwan I was truly honored. I felt such a connection to Michelle because of the dignity and respect she gave to her sport. Lastly, my close bond to Tatsuki Machida from Japan is so inspirational to me  because his purity of movement. He came to me last year to do The Firebird after seeing Ashley Wagner in Black Swan. He did not know that as a professional dancer I had danced Prince Ivan and Kastchei the Evil Wizard.


Q: You have not choreographed Ashley Wagner's programs for the current season, having really helped transform Ashley with such beautiful programs as Pollock, Black Swan and The Red Violin. How did these programs come to life and what direction do you think Ashley will end up going in?

A: I was pleased that I was able to give Ashley Wagner her artistic voice. I had choreographed Somewhere In Time a few years back and was so excited when she called me to choreograph Black Swan for her. I knew I wanted to make a contrast between Odette and Odile from the classic Swan Lake in this piece. This was the jumping off point to develop Ashley's ability as a character actress in her skating. The hours I spent rehearsing her on the proper classical use of port de bras for the sinuous haunting flutter of the Black Swans wings was well worth it. She was shocked at how difficult it is to be as pulled up in her torso as dancers are all of the time. During the spiral sequence, I knew I was going to put the memorable port de bras on the staccato music to emphasize the frenetic nervousness Odette experiences in her transformation into Odile. Odette is beautiful and trusting, delicate and needy while Odile is underhanded and conniving and evil to the core. The bourrees had to be in the step sequence as they are the  essence of Odette and Odile. Samson and Delilah was a continuation of the great dramatic quality Ashley was growing into. I wanted to show many sides of her personality in her quest to give up the secret behind Samson's power and eventually his demise. The controversial color of the dress was intentional as a metaphor for the gold that Delilah would receive once she gave the vital information to destroy Samson. Jackson Pollock is one of my favorite artists because his paintings inspire movement and emotion when I study them. This enabled me to give Ashley an edgy fun loving twist in the short for the first year. I tried to capture her frivolity and excitement to inspire and entertain the audience and judges. The Red Violin was inspired because I am of Italian descent and I spent part of my ten years with Carlo and Christa Fassi in Italy where the Red Violin takes place.  The movie is outstanding and the story spellbinding to me. For two years, Ashley Wagner was my muse and I think I have opened up artistic doors for her to thrive and flourish under whomever she works with. It will be interesting to see where The Black Swan flies to next.

Q: How the transition from choreographing 6.0 programs to CoP programs changed the process for you? What challenges has it presented?

A: In the beginning, the transformation from 6.0 to IJS was a little stifling. I felt it was difficult for me to interject so many of the very special and unique moves many skaters can do into the programs for fear of losing the necessary opportunities  to garner more points from the system. Then one day, my long time friend and coach Cindy Caprel said to me "Phillip, you have been choreographing for IJS for years and did not realize it, go back and look at our National Champion Deanna Stellato's long program at Keri Lotion". Well I did just that and immediately was enlightened at how many transitions and few crossovers there were in the program. Also, the innovative spins in her program would be Level 4 spins today. From that day forward, I felt free and inspired to try to give each skater an artistically challenging and exciting program.


Q: What advice would you give someone wanting to get into the world of choreography?

A: I believe education is the key to excelling at anything in life. Having had the opportunity to perform professionally on stage for 13 years was the most valuable education I could have ever dreamed of. Dancing ballets by so many different wonderful choreographers in classical and contemporary and having the opportunity in a German Opera house to dance in the operas, operettas and musicals exposed me to just about every genre of dance except hip hop which was soon to be born. Classical ballet training is the foundation of all dance forms whether it be ballet, contemporary, folk, character, spanish, jazz, rock or lyrical. I would encourage anyone who wants to be a choreographer to take as many dance classes in various styles as they can. I would suggest studying piano or violin to fine tune their ear to the demands of many musical compositions today. I think the most important thing is to be inventive and not just regurgitate choreography they received while they were skaters... challenge themselves to go to the theater and inspire themselves to greater heights of expertise.


Q: What choreographers - on and off the ice - inspire you?

A: My favourite choreographer is George Balanchine of the New York City Ballet. Mr. B. is revered as the greatest choreographer of the twentieth century. I have to get my New York City Ballet fix once a year to take myself back to my roots so that I can better choreograph for my skaters. Jiri Kylian of the Netherlands Danse Theatre is also one of my favourites. His use of space and time is magnificent and the creative way he uses the dancers and the sets is riveting. In a modern era, I think Travis Wall from So You Think You Can Dance? is outstanding. He has his own special style and one cannot decipher what modern dance technique he has come from whether it be Graham, Cunningham, Horton, Limon or Lubovitch based. This is what I was talking about when referring to young choreographers finding their own path and not copying that style or technique they gained from their choreographers while skating.


Q: What pieces of choreography are you most proud of?

A: I am fortunate to have so many wonderful coaches entrust their skaters to me and I humbly thank them. I am proud of so many pieces I choreographed over the years. A few that stand out are Ashley Wagner in Black Swan,  Jill Trenary in Winter Games, Michelle Kwan in Hands and Kissing You, Sasha Cohen in Hallelujah and West Side Story and Tatsuki Machida in The Firebird and East of Eden. Also, Wynne and Druar's Tap Dance free dance I did with Sandra Hess and had the opportunity to do the actual tap dancing on the soundtrack and then matching the steps to make it look like they were doing the tap the audience was hearing.


Q: What are your favourite movies?

A: Although I love movies, I am really a reader. Usually I have three books going at once. One for enjoyment, one to learn something like archaeology for my son and one in German. I would have to say The Hours, Pollock and West Side Story are among my favorite movies.


Q: What's one thing that very few people know about you?

A: I began my classical ballet training very young on the sly to help my gymnastics. Coming from a gymnastics family and being a champion gymnast I needed an edge on the competition. Ballet gave me that edge as it does to any serious figure skater. Another thing no one knows about me is that at my age I can still stay up in a handstand to make my grandkids smile.

For more information about Phillip and his work, visit www.phillipmillschoreographer.com!

If you enjoyed my interview with Phillip, "like" this blog on Facebook at http://www.facebook.com/SkateGuard for all of the new interviews and writing as they get posted, pictures and news from the skating world and lots of great videos! You can also give me a follow on the Twitter at http://twitter.com/SkateGuardBlog. I love talking skating and would love to talk skating with you!
Posted by Skate Guard Blog at September 28, 2013
Email ThisBlogThis!Share to TwitterShare to FacebookShare to Pinterest
Newer Post Older Post Home