Hartshorn And Sweiding And The Pink Rink 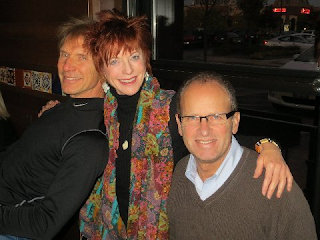 Do you know what I hate? The cold. Even when I skated, I hated a cold rink, even during the summer sessions. If I had it my way, I'd be out in the hottest weather possible, puttering around in shorts and sandals with a fizzy in my hands and festive music blasting. As we all know... if you want to heat things up, Florida is pretty much a sure thing. Two of my ALL TIME favourite skaters will be spending the holiday season at the Boca Raton Resort and Club, a Waldorf Astoria Resort in Boca Raton, Florida. World Professional and U.S. Open Professional Champions Anita Hartshorn and Frank Sweiding and their cast of talented skaters will be entertaining audiences and teaching interactive skating classes at the Florida resort through to January 2014 on a brand new pink ice surface called The Pink Rink. 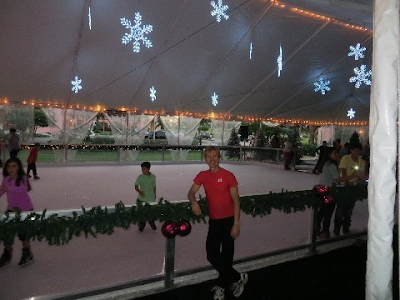 "The Pink Rink here at the Boca Raton Beach Club Resort sits right next to the hotel, in easy walking distance of the fitness and tennis centers. Opening weekend was a huge hit with the members and we are starting our skating classes this week," explained Anita Hartshorn. 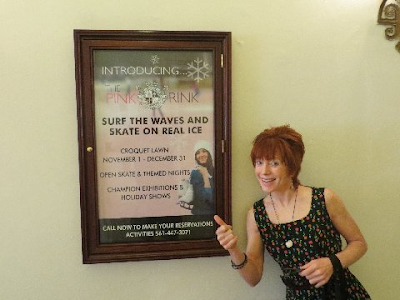 The supporting cast that will join Hartshorn and Sweiding for the special performances is Ty Cockrum (who is also acting as a choreographer for these productions), Angela Kim, Anna Cobb, Alex Wilfand and "a skating polar bear that's yet to be cast". "The Holiday show is 30 minutes long. We are also doing 2 shows in conjunction with some musicians from the local Lynn University Orchestra," offered Anita. Those two shows with the Lynn University Conservatory of Music's ensemble will be on November 15 and December 1. A portion of the proceeds from skating events at The Pink Rink will go to American Cancer Society’s Making Strides Against Breast Cancer program.

Anita and Frank's production company Glacier I.C.E. is also currently casting for their 2014 productions at Phantasialand in Germany. Running from March to November 2014, the production will once again run at the German theme park. They are looking to hire/cast several professional skaters. If you're interested or know someone who is, you can submit a bio, photos and video links of your skating to Anita at Fandaice@aol.com. They are looking for male and female soloists, pairs, and ensemble skaters at the time of this article's publication. For more information about Anita and Frank's Florida shows and reservations, visit Boca Raton Resort and Club or call 1-888-495-BOCA.

"Like" this blog on Facebook at http://www.facebook.com/SkateGuard for all of the new interviews and writing as they get posted, pictures and news from the skating world and lots of great videos! You can also give me a follow on the Twitter at http://twitter.com/SkateGuardBlog. I love talking skating and would love to talk skating with you!
Posted by Skate Guard Blog at November 07, 2013
Email ThisBlogThis!Share to TwitterShare to FacebookShare to Pinterest
Newer Post Older Post Home
"As a rule an author has one or two popular ways of contrasting the past with the present. He can treat the past as lying in comparative doleful ignorance, or he can explain that the past was infinitely superior to the day we live in. Of course, either method is the popular journalism of the moment, and in reality there is no sharp contrast, but a gradual transition which leads the past into the present." - Joel B. Liberman, Skating Club Of New York