My Least Favourite Things - A Figure Skating Sing Along! 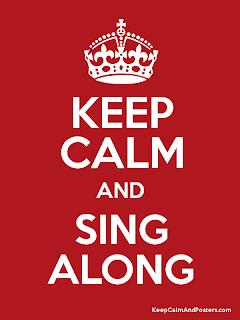 The hills sadly aren't alive with the sound of music. As much as I do try to stay positive about what's going on in the skating community whenever humanly possible, I am (shocker!) human and I do get as frustrated as the next person sometimes with some of the things that go on in skating. I do consciously try to shy away from publicly sharing my thoughts on the things that push my buttons when it comes to skating and the skating community... but hey, almost 200 articles and interviews so far. I think I'm entitled to one good old fashioned rant, don't you? But rather than just bitch about it, I figured a rousing steppy little show tune was the most appropriate way to vent. In the key of Von Trapp and Rodgers and Hammerstein, here are are a few of My Least Favourite Things. Pour yourself a glass of Pinot Grigio and sing along! It would just be rude not to.

Sing along with me - lyrics on screen!

IJS programs that folks find "artistic".
Phil Hersh's writing makes me go ballistic.
"Hold an edge and look sexy" makes me really cringe.
These are a few of my least favourite things.

What's all the fuss about Julia Lipnitskaia?
She's like a '94 Irina Slutskaya.
I won't be happy till Leonova wins.
These are a few of my least favourite things.

Anyone talking but Dick, Peggy or P.J.
Ottavio Cinquanta is still in his heyday.
CoP footwork with wild flapping wings.
These are a few of my least favourite things.

Another revival of Georges Bizet's "Carmen".
Evan and Johnny craving media attention.
What's it this week? A bad groin or hamstring?
These are a few of my least favourite things.

Jeremy falling! His skating's fantastic.
Cookie cutter programs that just look all spastic.
Scott Moir's talking; all bow to the king.
These are a few of my least favourite things.

Screeching Christina - Must Be Sotnikova.
I will be happy when this program's over.
Why can't I see Brian Joubert's dingaling?
These are a few of my least favourite things.

When the jump pops!
When the lift flops!
When Didier's being bad!
I simply remember my least favourite things and then girl, I feel SO mad...

If you enjoyed the sing along, stay tuned to http://www.facebook.com/SkateGuard and http://skateguard1.blogspot.ca for more skater interviews as well as articles, skating history, commentary and special features! You can also follow me on the Twitter at http://twitter.com/SkateGuardBlog for skating tweets and whatever else I've got on the go. It would be rude not to, now wouldn't it there sunshine?
Posted by Skate Guard Blog at November 03, 2013
Email ThisBlogThis!Share to TwitterShare to FacebookShare to Pinterest
Newer Post Older Post Home
"As a rule an author has one or two popular ways of contrasting the past with the present. He can treat the past as lying in comparative doleful ignorance, or he can explain that the past was infinitely superior to the day we live in. Of course, either method is the popular journalism of the moment, and in reality there is no sharp contrast, but a gradual transition which leads the past into the present." - Joel B. Liberman, Skating Club Of New York