Salman Rushdie, Censorship In Skating And Making The Moment

Not really... this blog's called Is That A Skate Guard In Your Pocket Or Are You Happy To See Me? for a reason.

At 2012's World Voices Festival - a week long series of performance art, readings and conversations - literary great Salmon Rushdie said in a speech about censorship that "Great art, original art, is never created in a safe middle ground. Originality is dangerous, as it is at the edge." That quote, that statement got me thinking about what all of the skaters that have really significantly and artistically influenced the sport had in common. It wasn't their ability to perform consecutive twizzles, contort their bodies into unattractive spin variations or land quad toe/triple combinations - it was and continues to be their understanding and mastery of the art of developing a relationship between themselves, the knives they skate on and the music they skate to. The skaters whose performances last as memories in our mind are the storytellers, the game changers and the true bards of the ice.

What's interesting to look at when we think about the topic of censorship related to art in Rushdie's talk at the World Voices Festival is how that really pertains to figure skating and how it has historically. Is this "new" judging system not a way of uniforming skaters and discouraging originality and personality? That's a whole other issue that I certainly feel I've given my two cents on MORE than once and feel a bit differently on now that I have seen Jeremy Abbott and Jason Brown be truly rewarded for their artistry (yes, artistry... not "PCS") at the most recent U.S. National Championships. Has "amateur" skating always been encouraging of its original artists? Of course not.

Isabelle and Paul Duchesnay at the 1988 Calgary Winter Olympics. This, believe it or not, finished 8th. Yeah, 8th.


It took Isabelle and Paul Duchesnay a country change from Canada to France, 'paying their dues' and an 8th place finish with their groundbreaking and genius "Savage Rites" program at the 1988 Calgary Olympics before they were finally given credit for their difficult yet theatrical programs by finally standing on the medal podium in 1989 at the World Championships. Gary Beacom's poem Karma alludes to his treatment in the amateur ranks: "The abuse was enough to make him prone // To kick the mean judge in the shinbone, // But his utmost revenge // Was the thought that the bench // Was tormented by fire and brimstone." In his 1987 Maestro interview, John Curry said of presenting himself artistically after he'd come of age: "I was told I shouldn't use my arms. I shouldn't do spirals. I shouldn't try to make everything look so graceful. I was actually told not to be so graceful and I couldn't understand why. And it was because they couldn't accept it from a young man, which they could from a child." Whether treated poorly by judges, coaches, parents or spectators, skaters who've scoffed at convention and pushed that envelope have traditionally fought a lot harder than most against that censored, streamlined 'norm' that has traditionally rewarded technical excellence over inventiveness and safety over courage. 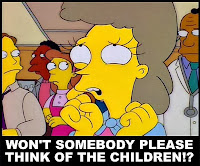 If we censor skaters while they are coming up the ranks by not encouraging them to skate to whatever the hell music they want to skate to wearing whatever they'd like we're not doing them the justice of allowing them to partake in that relationship between music, skater and ice. They're just going to end up with that competition result, that clean lutz and that passed test. If coaches, choreographers, judges and skaters (in all disciplines, "amateur", professional and even recreational) all put aside preconceived notions about what is and isn't 'how it's done' and go for broke and really push that envelope again, that little piece of individuality that was lost when the 6.0's went away can return. We just need to put down the Bizet CD's and pick up the Jean-Michel Jarre, Dead Can Dance, Grace Jones, Yma Sumac and Janis Joplin ones. As the season heats up for artistic geniuses like Jeremy Abbott and Jason Brown, it cools down for so many other skaters. It's time to revisit what performing is about and look towards another season with vision and a pushed envelope in mind. If Abbott and Brown's receptions in Boston were any indication, the public doesn't want censorship, it wants performance and that moment. Rushdie sums it up best in an article for "The New Yorker" where he again talks about censorship: "The creative act requires not only freedom but also this assumption of freedom. If the creative artist worries if he will still be free tomorrow, then he will not be free today. If he is afraid of the consequences of his choice of subject or of his manner of treatment of it, then his choices will not be determined by his talent, but by fear. If we are not confident of our freedom, then we are not free. And, even worse than that, when censorship intrudes on art, it becomes the subject; the art becomes “censored art,” and that is how the world sees and understands it."

To the skaters reading this, go after next season and every performance you give with that fire to be yourself and to the audience members reading this, keep encouraging skaters whose work speaks to you as being special. Those words just might be the fire that keeps them going and striving towards making that moment happen.

Skate Guard is a blog dedicated to preserving the rich, colourful and fascinating history of figure skating and archives hundreds of compelling features and interviews in a searchable format for readers worldwide. Though there never has been nor will there be a charge for access to these resources, you taking the time to 'like' on the blog's Facebook page at http://www.facebook.com/SkateGuard would be so very much appreciated. Already 'liking'? Consider sharing this feature for others via social media. It would make all the difference in the blog reaching a wider audience. Have a question or comment regarding anything you have read here or have a suggestion for a topic related to figure skating history you would like to see covered? I'd love to hear from you! Learn the many ways you can reach out at http://skateguard1.blogspot.ca/p/contact.html.
Posted by Skate Guard Blog at January 27, 2014
Email ThisBlogThis!Share to TwitterShare to FacebookShare to Pinterest
Newer Post Older Post Home
"As a rule an author has one or two popular ways of contrasting the past with the present. He can treat the past as lying in comparative doleful ignorance, or he can explain that the past was infinitely superior to the day we live in. Of course, either method is the popular journalism of the moment, and in reality there is no sharp contrast, but a gradual transition which leads the past into the present." - Joel B. Liberman, Skating Club Of New York