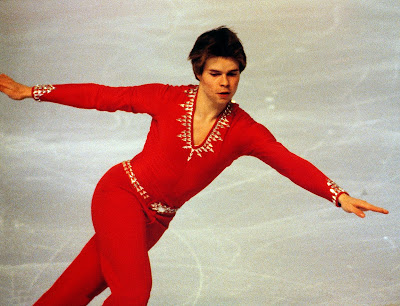 First capturing the attention of the skating world by winning the 1971 U.S. Junior title, David Santee went on to a hugely popular skating career than scanned over a decade and saw him on the podium at the U.S. Championships 8 times, in medal contention at both the Innsbruck and Lake Placid Olympics (he finished one shy spot of the podium in 1980) and on the podium at the 1981 World Championships, where he placed 2nd just behind 1984 Olympic Gold Medallist Scott Hamilton. A skater with not only athleticism but a charisma on the ice you couldn't just help but love, Santee developed a huge fan following throughout his career that extended into his professional career where he toured with John Curry's Company, competed professionally and commentated skating on television. Now a coach and highly respected ISU Technical Specialist (who will be officiating at the Winter Olympics in Sochi, Russia), David took the time to reflect on his own skating career, the lessons he's learned in life, the current IJS system and much more in this fantastic interview!

Q: Your skating career spanned three decades and saw you win a total of ten medals on the novice, junior and senior level at the U.S. Championships and the world silver medal at the 1981 World Championships. You also represented the U.S. at both the Innsbruck and Lake Placid Winter Olympics. Reflecting, what are your absolute favourite memories from your "amateur" career?

A: My favourite moments in my career were the short program from the Winter Olympics in Lake Placid and "The Star Spangled Banner" in Hartford at the 1981 World Championships. Both Scott Hamilton and I were on the podium having finished first and second, so that was a great moment. Lake Placid was great not just because I skated well, but in that I overcame a few bad years of short programs to perform in a high pressure situation.
Q: In contrast, what were the most difficult moments?

A: Probably the two most difficult moments in my career were 1977 Nationals where I was favored to win and came in third, and Worlds in 1979 where I came in 13th in the short program after finishing 3rd in the compulsory figures. I skated last and had a long wait. I couldn't stay loose and ended up missing the combination. I ended up eighth overall. I learned a lot from it so ultimately it turned out to be a positive experience.

Q: You competed against many of the world's best - John Curry, Robin Cousins, Toller Cranston and Scott Hamilton among them. What do you think other skaters can really learn by studying and appreciating their competition?

A: I never spent that much time focusing on other skaters because being an individual sport, if you don't take care of yourself, it doesn't matter what the others do. Having said that, I always appreciated Scotty's toughness and the grace of John Curry. I was in The John Curry Company as a pro and saw close up his genius.

Q: After the 1982 World Championships in Copenhagen, you turned professional and skated with The John Curry Skating Company and competed professionally. What was the biggest adjustment going from amateur to professional skating?

A: The biggest lesson I learned (and learned it early on a tour through Canada with The Curry Company) is you bring it every night no matter if there are 5 people in the stands. There were a few nights in Western Canada where we hardly had any audience and it became a personal challenge to have my best nights for those people who did come. 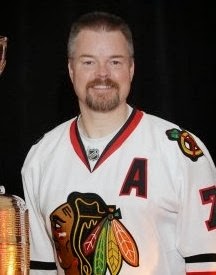 Q: You're a big hockey fan and a father of a hockey player. What aspects do you love of both hockey and skating the most?

A: I love both hockey and figure skating and both sports are tough in their own way. I love the traditions in hockey, such as the handshake line, the aura of the Stanley Cup, and playoff beards, and I love the speed of the game. Figure skating has always appealed to me because of the blend of athleticism and artistry.

Q: You are an ISU Technical Specialist and also a coach. In your opinion, what are the best points of the new judging system?

A: The best part of the IJS is the accountability that it brings now. You can get instant information by looking at the protocol after the competition. There will always be a degree of subjectivity with any sport where there is judging.


Q: Looking forward to the Sochi Winter Olympics, how do you feel that the U.S. stands to fare in both the team and individual events?

A: I can't comment on who will do well in Sochi since I will be on the technical panel there.

A: The one thing about me that people don't know is that I am a collector. My major collections are movies, Civil War memorabilia, sports jerseys and caps.

Q: What's the most important lesson you've learned in life?

A: There are three rules that I follow in and out of the rink. Be on time, respect the sport and others, and be honest.

Skate Guard is a blog dedicated to preserving the rich, colourful and fascinating history of figure skating and archives hundreds of compelling features and interviews in a searchable format for readers worldwide. Though there never has been nor will there be a charge for access to these resources, you taking the time to 'like' on the blog's Facebook page at http://www.facebook.com/SkateGuards would be so very much appreciated. Already 'liking'? Consider sharing this feature for others via social media. It would make all the difference in the blog reaching a wider audience. Have a question or comment regarding anything you have read here or have a suggestion for a topic related to figure skating history you would like to see covered? I'd love to hear from you! Learn the many ways you can reach out at http://skateguard1.blogspot.ca/p/contact.html.
Posted by Skate Guard Blog at February 04, 2014
Email ThisBlogThis!Share to TwitterShare to FacebookShare to Pinterest
Newer Post Older Post Home