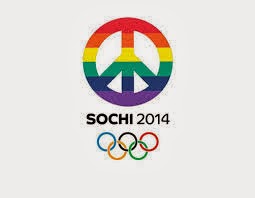 When you just let your mind come to a stop and reflect on some of the most magical moments at the Winter Olympics, almost all of the most iconic ones are from the figure skating competitions. I have nothing but the utmost of respect for the hard work, dedication, skill and passion of any athlete competing at ANY level but those athletes that compete on the Olympic stage in any sport just blow my mind. I find myself (and I think we all do) watching sports I never normally would and cheering on personal and national victories and just reveling in the achievements of these amazing athletes and people. The grit and the courage they show in their chosen sports is really nothing less than mind blowing.

Before we all get lost in a sea of amazing moments at the 2014 Winter Olympic Games in Sochi when the competition kicks off with the team event tomorrow, I want to take a few minutes and talk about some of the most inspiring Olympic figure skating moments we've ever seen. As an aside, I also want to give you an idea about what to expect from this blog during the Games. It's going to be pretty quiet when it comes to actual event coverage, as I'll be sharing one big review/commentary once the figure skating competitions in Sochi come to an end. I'm still busier than ever writing and working on amazing interviews and writing other pieces... but I also want to take the time to WATCH and ENJOY as much skating as I can. My 'day job' doesn't allow for me to watch most things live so I'll likely be playing A LOT of catch up. As I've stated before, my focus is moreso on artistic and professional skating, history and interviews and I won't be getting into the play-by-play or recap game. There are already SO many great skating sites and blogs out there that give exceptional event coverage and I couldn't dream of "competing". Not my thing. I WILL be watching closely though, and watching many events live (as much as I can with my work schedule). If you're not already following along on Facebook, be sure to "like" the blog for daily news updates, results and videos at http://www.facebook.com/SkateGuard and follow on Twitter at http://twitter.com/SkateGuardBlog. I'll tweet up a storm when I'm able - don't you worry, my darling! Now on to some required skating watching... a look at 6.0 of my all time favourite Olympic skating moments (and believe me, these are just a FEW):


When you think of magical Olympic moments in skating, arguably the defining one of all time is Jayne Torvill and Christopher Dean's majestic and masterful "Bolero" free dance at the 1984 Olympics in Sarajevo. Considered by many as the best free dance of all time, "Bolero" earned Torvill and Dean twelve perfect 6.0s and six 5.9's which included artistic impression scores of 6.0 from every judge at those Games and the program remains historically a benchmark for perfection in Ice Dance. They reprised the program as an exhibition program at the 1994 Games in Lillehammer to a standing ovation and will return to Sarajevo on February 13, 2014 to recreate Bolero for it's 30th anniversary, which just blows my mind. A BBC documentary about Bolero's 30th Anniversary called "The Perfect Day" will be broadcast on BBC2 at 9 PM on Tuesday, February 7 and you will NOT want to miss it.

People were shocked when 2 time Olympic Gold Medallist and 4 time World Champion Katarina Witt decided to join fellow Olympic Gold Medallists such as Viktor Petrenko, Jayne Torvill and Christopher Dean, Ekaterina Gordeeva and Sergei Grinkov and Brian Boitano when the International Skating Union allowed reinstatement of professionals in time for the 1993/1994 season and Lillehammer Olympics. After all, the diva and darling of ladies figure skating had not only won once but twice. Although she didn't have the technical difficulty to compete with the ladies field six years after retiring from eligible competition, she proved she had heart, delivering a flawless and dramatic short program to "Robin Hood" and an emotionally charged free skate to "Where Have All The Flowers Gone?" dedicated the people of the war torn city of Sarajevo, where she won her first Olympic gold medal in 1984. The way people related to and cheered on Katarina and her easier jumps in Lillehammer is proof and parcel that the skaters who move us and who we FEEL something for are the skaters we cheer on.


I don't know what it is about this free dance, but it always moved me in such a profound way. Between the costumes, music and choreography, this bronze medal winning performance from the 1998 Winter Olympics in Nagano was really a tour de force by France's Marina Anissina and Gwendal Peizerat and the kind of program that stands the test of time as a moving, complete piece. A wonderful tribute to this stunning program can be found on Susan's Fields Of Gold blog at http://susanfieldofgold.blogspot.ca/2011/04/marina-anissina-and-gwendal-peizerats.html.


A quad/triple, triple axel and triple lutz highlight the technical perfection of this program but its Tatiana Tarasova choreography, music and even the picking up and throwing of the snow created such a rich layer of drama and Olympic spirit to this winning short program at the 2002 Winter Olympics in Salt Lake City by Russia's Alexei Yagudin that you couldn't help but watch and be mesmerized.


The program that changed it all. Jamie Sale and David Pelletier's free skate at the Salt Lake City Olympics may have earned them a 2nd place finish as the scores were posted but it quickly earned them gold after the scandal involving ISU judges made front page news and the ISU was forced to really examine and address long known issues of corruption in the judging of eligible figure skating competition. The program itself was a magical moment - the kind of program that's really "once in a lifetime" and it will go down in history as one of the most defining moments in Olympic figure skating history.

One of the reasons I fell in love with skating was Liz Manley. A living legend, it was this program at this time at the Calgary Olympics that won the free skate for Liz and earned her the silver medal. She spoiled "The Battle Of The Carmens" between Katarina Witt and Debi Thomas and had the skate of her LIFE when it counted most... and she was sick as a dog at the time, having contracted the same 'Olympic flu' that forced Caryn Kadavy to withdraw from those Games after skating her short program. I find myself going back to this program on YouTube often when I'm in need of a smile and every time, without fail, I end up with a huge one on my face. This program and this moment are what the Olympics are about. I can't wait to see who creates another moment like this in Sochi.

Skate Guard is a blog dedicated to preserving the rich, colourful and fascinating history of figure skating and archives hundreds of compelling features and interviews in a searchable format for readers worldwide. Though there never has been nor will there be a charge for access to these resources, you taking the time to 'like' on the blog's Facebook page at http://www.facebook.com/SkateGuard would be so very much appreciated. Already 'liking'? Consider sharing this feature for others via social media. It would make all the difference in the blog reaching a wider audience. Have a question or comment regarding anything you have read here or have a suggestion for a topic related to figure skating history you would like to see covered? I'd love to hear from you! Learn the many ways you can reach out at http://skateguard1.blogspot.ca/p/contact.html.
Posted by Skate Guard Blog at February 05, 2014
Email ThisBlogThis!Share to TwitterShare to FacebookShare to Pinterest
Newer Post Older Post Home
"As a rule an author has one or two popular ways of contrasting the past with the present. He can treat the past as lying in comparative doleful ignorance, or he can explain that the past was infinitely superior to the day we live in. Of course, either method is the popular journalism of the moment, and in reality there is no sharp contrast, but a gradual transition which leads the past into the present." - Joel B. Liberman, Skating Club Of New York