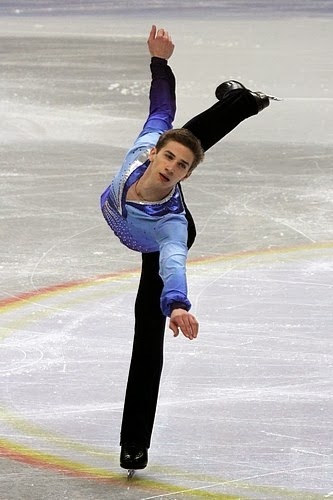 Hailing from Georgia, twenty one year old Tim Dolensky is a skater whose name we'll be hearing a lot more of in the coming years. Have every faith in that fact. A well styled skater with big jumps to match his fluid style, Dolensky has already made his mark on the sport, winning the silver medal in the junior men's event at the 2012 U.S. Figure Skating Championships. He's also had prime international experience, representing the U.S. at the Junior World Championships and even bringing home a bronze medal at a Junior Grand Prix event in Latvia in 2012. Like many elite competitive skaters, he balances his education with his skating, and is a university student who has still found time to make skating a huge priority. Tim took the time from his whirlwind life to talk about his career to date, short and long term goals, composing his own music and much more in this interview you'll love:

Q: You have won medals at the novice and junior levels at U.S. Nationals, represented the U.S. internationally on the Junior Grand Prix (medalling at the 2011 event in Latvia) and at the Junior World Championships. What are your proudest or most special moments so far in your skating career?

A: I would have to say that my proudest and most special moment in my skating career thus far would be at the U.S. Figure Skating Classic in Salt Lake City in 2012. It was my highest scoring competition up to that point. I landed my first triple axel in competition, and I helped the U.S. secure all top four places in the men's event. It was also my most memorable kiss and cry moment that I won't easily forget.

Q: This season was your first year competing on the senior level at U.S. Nationals and you skated well, finishing a VERY respectable thirteenth in a very deep field. In your mind, what were the biggest adjustments in moving up to the senior ranks and what did you take from this year's U.S. Figure Skating Championships?

A: This year at Nationals was certainly an experience that I will take with me moving forward into next season. Just being there at the top for the first time was incredible. It was surreal to be there with the same people that I have been watching on TV for years. It was definitely a little scary to compete in front of the large crowd that accompanies the championship events at Nationals, but I am glad for the experience and I WILL do MUCH better next year.

Q: Going forward, what are your short and long term goals and what can we expect to see from you next season? Have you already started working on new programs?

A: My short term goals are to further develop my style and artistic ability, as well as increase my technical content. I would like to finish much higher at Nationals next year. My long term goals are to do everything in my power to make the Olympic team in 2018, and to compete on the Grand Prix circuit in the coming years. I have just started working on something special for my short this year, and I still have yet to decide what I will skate to for my long.


Q: You are born and raised in Georgia and train at the Atlanta Figure Skating Club with coaches Debbie Prachar and Brittney Bottoms. For choreography, you've worked with the AMAZING Catarina Lindgren. What is your relationship with your 'team' like and why are they the best people for YOU to work with?

A: I can honestly say that I love my coaches Debbie Prachar and Brittney Bottoms. I have such a special relationship with them, having been coached by them for almost the whole time I have been skating. They know me so well and use this knowledge to help me on a daily basis. Even though we're close, they both are still not afraid to give me a nice kick in the rear when they need to! I also work with another local coach, Graham Payne, who I've also worked with since I was doing moves in the field as a little boy. We work on mostly my skating skills and edge work as well as choreography sometimes. Unfortunately, I won't be able to make it to Colorado this year, so Catarina Lindgren will not be able to choreograph for me this year. Brittney and I will be doing the choreographing for my new programs for the coming season. 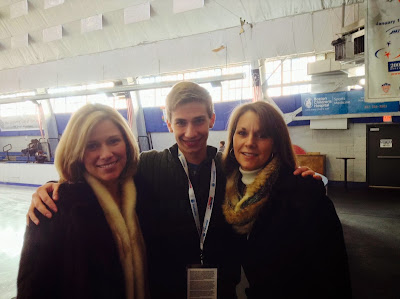 Q: You play the piano and violin and even composed your own music for your 2011/2012 season short program, which led you to a silver medal in the Junior Men's event at U.S. Nationals that season. Where did you get the idea for "Windfall" and how did it come together? Will you skate to your own music again?

A: "Windfall" went without a name for a long time because I didn't name it before I began writing it and I had trouble thinking of one after I finished. It still was nameless even when it came close to competing the program. The blue outfit that Joyce Jiang made for me had a swoosh on the front and it reminded me of an illustration of wind. I thought about a rainfall, and that became windfall. I also felt like it went along with the feeling of the music. At first I wasn't sure I would actually use "Windfall" because it was just a project to keep me busy while I had to watch nationals at home, for I did not make it my first year as a junior. We realized that with some work I could make it good enough to use! I have also written another piece that I hope to use in the future.

A: My three favorite skaters of all time would have to be Michelle Kwan, Jeremy Abbott, and Carolina Kostner. All three of these when they skate well take the sport to a whole different level!

Q: If you weren't a figure skater and musician, what's one other talent that you'd love to explore?

A: If I were not a figure skater I would definitely love to do gymnastics. I love to tumble and have always felt in awe of what elite level gymnasts can do!

A: Most people don't know that I am second oldest of four boys and I am the only one who skates. My brothers are all very smart and are very successful at their prospective schools. My older brother (24) graduated from Georgia Tech with a 3.9 GPA and is currently in medical school. My younger brother (19) is currently going to Georgia Tech and his major is applied mathematics (yikes!), and my youngest brother (15) is a sophomore in the math and science Magnet program at the high school we all went to. I love my brothers very much and I love it when we are all home together again. 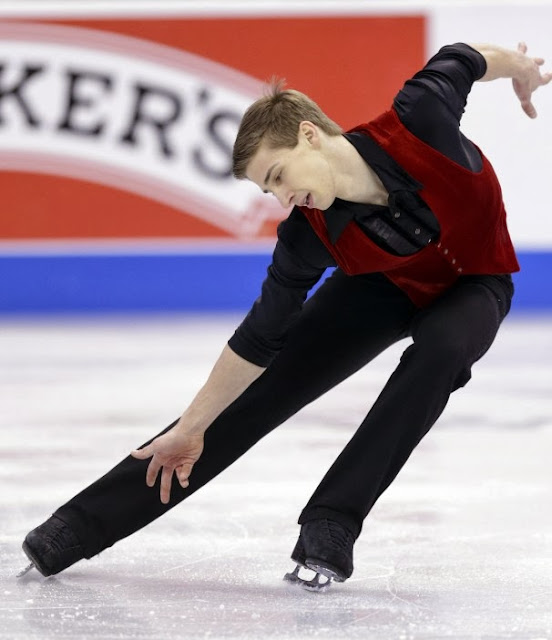 Q:  Confession time: what are the most played songs on your playlist?

A: Well, because I am a musician the majority of my songs on my iPod are classical (my favorites being from the Romantic period), but I love popular music as well. I love anything that is more acoustic though. If you're looking for embarrassing music, I love the Backstreet Boys and Celine Dion, because my Mom used to play their tapes in the minivan we used to ride around in all the time. They're kind of nostalgic for me.

A: The thing I love most about being on the ice is the gliding feeling. Just going really fast and gliding on one or two feet is just such a cool feeling that most skaters (as well as myself) take for granted sometimes. You get to move really fast without running! How cool is that?
Skate Guard is a blog dedicated to preserving the rich, colourful and fascinating history of figure skating. Over ten years, the blog has featured over a thousand free articles covering all aspects of the sport's history, as well as four compelling in-depth features. To read the latest articles, follow the blog on Facebook, Twitter, Pinterest and YouTube. If you enjoy Skate Guard, please show your support for this archive by ordering a copy of figure skating reference books "The Almanac of Canadian Figure Skating", "Technical Merit: A History of Figure Skating Jumps" and "A Bibliography of Figure Skating": https://skateguard1.blogspot.com/p/buy-book.html.
Posted by Skate Guard Blog at April 17, 2014
Email ThisBlogThis!Share to TwitterShare to FacebookShare to Pinterest
Newer Post Older Post Home