The Letters: Skating Community Calls For An End To Cinquanta's Reign 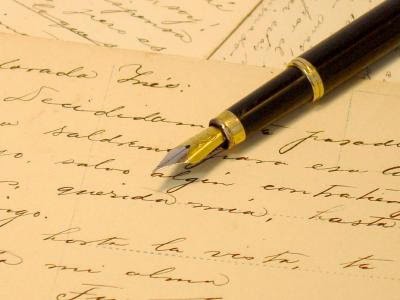 A lot has gone on in figure skating world in the last week. Canada won a medal at the ISU World Synchronized Skating Championships in Courmayeur, Italy, Stars On Ice kicked off the U.S., Johnny Weir was all over the news as usual and the skating community has rightfully been in an uproar over Ottavio Cinquanta's latest in a long string of autocratic debacles that started in the mid 1990's and has brought us to the boiling point today. I admonished his defense of anonymous judging and bid to eliminate the short program in my recent article How Do You Solve A Problem Like Cinquanta? and provided a list of contact information for skating federations around the world, urging skaters, coaches, choreographers and fans alike to speak up and contact their skating federation and express their concerns and people have in overwhelming numbers. In mere days, Monica Friedlander's Facebook group Save The Short Program has reached over 4000 likes from all corners of this fine Earth, two time Olympic Gold Medallist Dick Button has called the figure skating community to action on the issue, a petition to ISU federations to take action to impeach or call for a no confidence vote to remove the aging dictator of the ISU is in the works and letters and emails to member federations around the world are flowing in steadily. I wanted to share some of these letters that have been shared with me to remind you that now is the time to right your own. If governing bodies of figure skating from here to Beijing are inundated with letters from the people filling seats at skating competitions and paying their salaries and stipends, they would be wise to give them more than a passing glance, no? Skating is not only a sport and an art, but it's also a product. If people are paying to watch or see something, they are customers. Will the customer always be right? Time will only tell.

From La'Chia: "Dear President St. Peter and Mr. Raith, As a fan of figure skating, I am writing to express my concern over Ottavio Cinquanta's leadership of the International Skating Union (ISU). He clearly knows nothing about figure skating and could not care less about it. His recent letter filled with ill-advised ideas such as eliminating the short program is evidence of this. Eliminating the short program would result in dire consequences for the sport. First and foremost, it could potentially make the long program even more demanding for the skaters. Asking them to do more in one program could increase their risk for injuries that either severely stunt their careers or end them entirely. Also, getting rid of the short program would put more pressure on the skaters because they would only get one chance to prove to the judges they are worthy of a medal. Mr. Cinquanta is wrong when he says that almost no other sport has two segments. Gymnastics and half pipe snowboarding and skiing have qualification rounds. Track, swimming, and even short track speed skating have qualifying heats. The artistic side of the sport would be negatively impacted as well. Skaters and choreographers would be limited to one theme per season. This could stunt artistic growth because it could potentially take twice as many seasons for a skater to find a suitable style. Having two programs means more skating for fans like me to enjoy at each competition which leads me to another consequence. Eliminating the short program would cut the number of sessions at competitions nearly in half which means less ticket sales and therefore less money for host federations. Choreographers would also lose money because they only would be creating half as many programs. Mr. Cinquanta suggests that all five disciplines (men and ladies singles, pairs, ice dance, and synchronized) have programs of the same length too. He does not understand that each discipline has different demands. What works for the men's event may not work for pairs. Speaking of that, I already feel that the pairs long program is too long. Over the years, I have often seen the pair men nearly drop their partners during lifts because their legs are so tired. Time lengths should be based on the unique requirements of each discipline. Another troubling suggestion is that judging remain anonymous. Despite what Mr. Cinquanta says, anonymous judging makes it so much easier to conceal cheating. Some judges think, "I'm not going to get caught, so why not?" Of course, scores that are off may also be the result of a judge who is in need of remediation. If almost everyone is unable to determine which score came for which judge, then it would be impossible to find out who might need some retraining. Overall, transparency would improve the quality of the judges and the integrity of the sport, which is desperately needed. If all this isn't enough, Mr. Cinquanta also makes suggestions that would harm speed skating, his own sport. Clearly, he is not fit to lead the ISU any longer. I urge you and your colleagues to take action and vote to impeach Mr. Cinquanta. Figure skating cannot take another two years of his leadership. It needs a ISU president that will bring about positive changes."

From Bill: "Dear Gale and Phyllis and all ISU Representatives and Council Members, The time has come to boldly take control of the sport that we all love and enjoy. The quiet waiting game has to end, time is of the essence. It is not about what is best for me, or for you, it is what is best for the sport of figure skating world wide. Knowing how things have worked in the past at the ISU it is not time to hide and think someone else will make those changes or that if you stand up you will be removed from ISU committees. It is time to rise up as one body and change the direction of both speed skating and figure skating for the better. It is hard to imagine how far our sport has deteriorated. For too long the ISU Council Members and Representatives have been party to the tail wagging the dog. The facts are clear, the leadership of Mr. Cinquanta has been disastrous and now he threatens to further destroy what he does not clearly understand. There are no excuses. I ask all skaters and those who love skating to rise up and be a part of this movement. If someone can get a list of all of the ISU Representatives we can reach out to them all. Since the petition regarding the Olympic Ladies event garnered two million votes can we not take the next step and demand the retirement of Mr. Cinquanta?"

From Kathy: "Attention Mr. Dan Thompson: As you are aware, many people are disillusioned with the ISU and its leadership.The problems have been highlighted during and since Sochi 2014 and now there is a danger that the short program is in jeopardy not to mention; there is no transparency. I urge you to add Canada's voice to those who are insisting on an overhaul of the ISU. There should be a vote of confidence for the leadership with haste before the credibility of World Figure Skating is destroyed completely!"

Ottavio Cinquanta and his actions as a leader of the ISU has been loudly booed and protested at international figure skating events dating back to 1996, when the audience at the 1996 World Figure Skating Championships in Edmonton, Alberta booed him for not allowing four time World Champion Kurt Browning and Olympic Gold Medallist Kristi Yamaguchi to skate in the gala. Only three years earlier, Olympic Gold Medallists Natalia Bestemianova and Andrei Bukin had performed in the gala at Worlds in Prague. Rule 128-6B in the ISU's Constitution and General Regulations, a technically enacted by Cinquanta, stated that "no exhibition by ineligible persons may be held in the same rink" after the conclusion of the competition of major ISU championships. He was faced with loud derision and jeers just two years later at the 1998 Worlds in Minneapolis and in 2002 during the Salt Lake City scandal admitted he "didn't know about figure skating too well". The speed skater promptly enforced a seemingly incomprehensible judging system built around anonymity that sucked the excitement and artistry out of the sport only years previous hugely popular OUTSIDE of skating circles around the world. Under his leadership, we've seen professional competition die an ugly death, the Salt Lake City scandal, numerous petitions about questionable judging brushed and laughed off, judges and officials directly involved in unethical behavior put right back into positions of power and control and now we have this man who knows relatively little about skating wanting to get rid of the short program and keep judging anonymous, right after what happened in Sochi. If you haven't written a letter yet, please do. Figure skating deserves better.

In order for this blog to reach a wider audience, I could sure use a little help. All you have to do is "LIKE" the blog's Facebook page at http://www.facebook.com/SkateGuard for instant access to all of the new blog articles, features and interviews as they are made available. I also share daily updates and headlines from the skating world, videos and much more that's not here on the blog, so if you love figure skating as much I do, it would really be rude not to get on that inside edge! You can also follow all of the fun along on Twitter at http://twitter.com/SkateGuardBlog. If you know someone who loves skating, tell them!
Posted by Skate Guard Blog at April 06, 2014
Email ThisBlogThis!Share to TwitterShare to FacebookShare to Pinterest
Newer Post Older Post Home
"As a rule an author has one or two popular ways of contrasting the past with the present. He can treat the past as lying in comparative doleful ignorance, or he can explain that the past was infinitely superior to the day we live in. Of course, either method is the popular journalism of the moment, and in reality there is no sharp contrast, but a gradual transition which leads the past into the present." - Joel B. Liberman, Skating Club Of New York