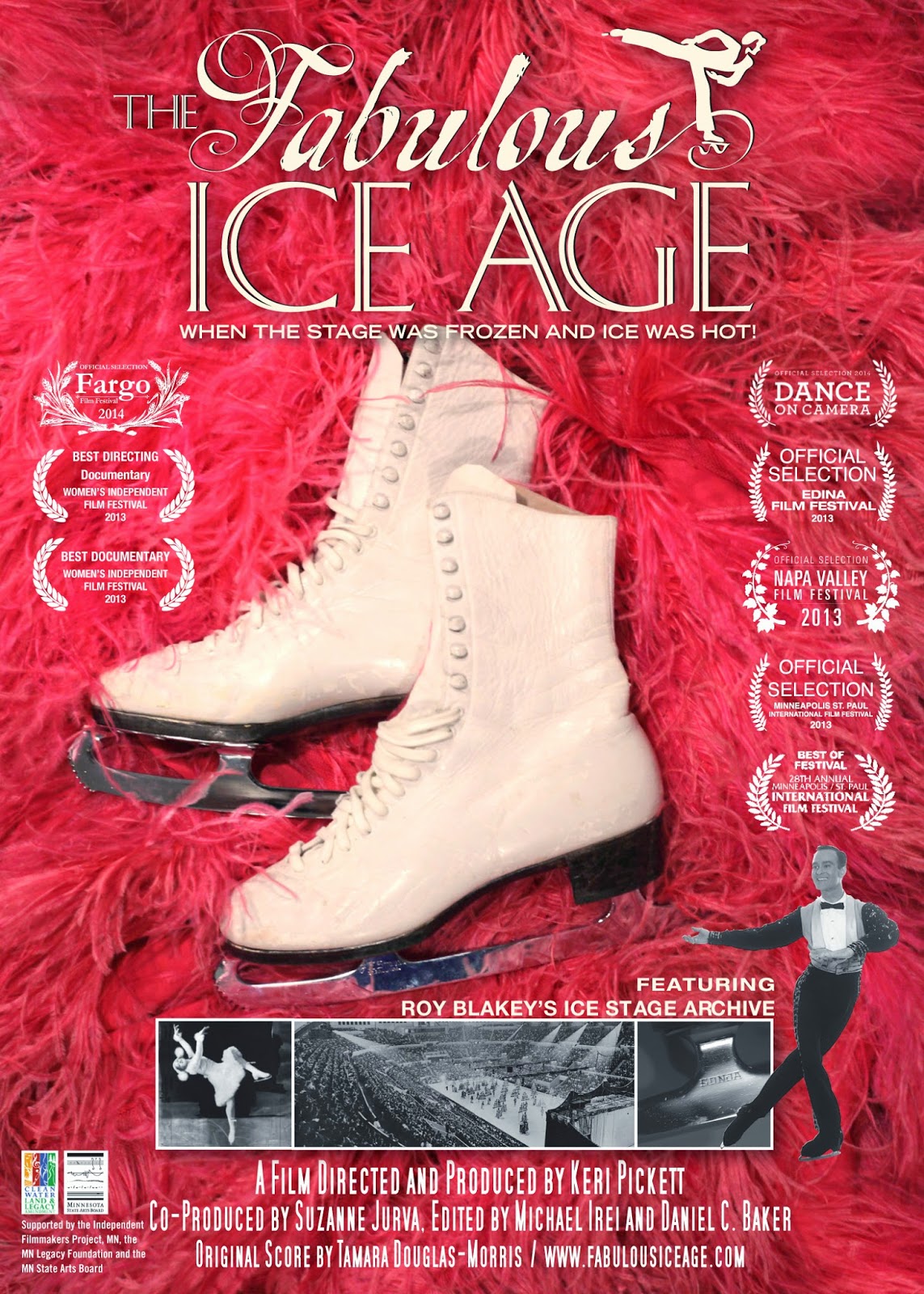 Photographer and writer Keri Pickett took on the project of a LIFETIME when she decided to chronicle the (hi)story of professional figure skating in her documentary The Fabulous Ice Age. Fueled by the inspiration and imagery of her uncle Roy Blakey's IceStage Archive, Keri breathed life into the stories of travelling ice shows from a era long past, telling the stories of the skaters and shows that introduced generations to figure skating. The documentary, which features rare archival footage and material, interviews with skating legends and stories seemingly lost to the ages, is a crucially important one that NEEDED to be told. I applaud Keri for her project and it was my PRIVILEGE to have the chance to speak with her and share her story and the story of The Fabulous Ice Age:

Q: Your background is not only in producing and directing but also in photography and writing, having written "Love in the 90s", "B.B. & Jo: The Story of a Lifelong Love", "A Granddaughter’s Portrait", "Faeries" and the award winning "Saving Body & Soul, The Mission of Mary Jo Copeland". How difficult was the transition from writing to filmmaking - telling that story to bringing it to life?

A: Although I have never experienced it, I am sure that childbirth is much more difficult. Having gotten that off the table, filmmaking is the most difficult thing ever and I am still learning every day since this is my first film. Each step is onto uncharted territory. The photo books I have created include my texts but mostly I am editing interviews and presenting my vision and that includes a beginning, middle and end and so when I started I thought "Well, it is really like bringing a book to life.." and that is what got me here. Over the seven years of production I created many different films. The learning curve on all the technical was perhaps easier for me - since I have been a photographer for 30 years - but audio drives film so that has been all new. I was advised by my co-producer Suzanne Jurva from Georgia and I worked first with New York City editor Dan Baker and then with Minneapolis based Michael Irei at the post-production house Channel Z. Even after my premiere in April of 2013 at the Minneapolis St. Paul International Film festival, I did additional editing and brought in new material.

The Fabulous Ice Age trailer from Keri Pickett on Vimeo

Q: I can't imagine the time and energy that went into curating and filming something like this. It must just have been insane. What were the most challenging aspects of putting together The Fabulous Ice Age?

A: At first when I started the project, Roy Blakey and his amazing life were front and center to the storyline of the project. I showed a very early draft to the legendary figure skating producer Tom Collins and he said "good, but there’s too much Roy Blakey" which moved my focus to follow the timeline of the the shows. In effect, my goal was to bring Roy's archive to life to show the importance of this amazing story of the ice shows and how it is reflected in Roy's collection. So I made a version of the film that was just the history and Roy's role in telling the story was equal to the others in the film. But I knew 'it' still wasn't there. So that is when I brought the project to Channel Z and Michael helped bring Roy back into the story in a beautiful way. So now the film tells both Roy's story and the story of the touring ice shows.

Q: What was your own background and introduction to the sport?

A: I grew up on a lake and my father used to flood a rink for my sister and I and there was an outside light so you could see the big cracks and the big bumps on the ice coming before you tripped up... but mostly, Roy is my connection to skating. When I was young, I took ice skating lessons and I participated in a little show. I remember that my outfit was a pioneer girl look in gold with a big wide ruffle at the bottom of a long skirt. I still think that had I had been given an outfit with some sequins I may have stuck wit the skating! As a teen, Roy came for a rare visit and taught me cut-backs. So I would give solo-performances to the night sky on Green Prairie Fish Lake.

Q: I do a lot of writing about skating history and I have already firmly concluded that most people who are fans of the sport today are constantly shocked by some of the fabulously interesting stories that are out there. What is the single most fascinating story you have stumbled upon with The Fabulous Ice Age that stays in your mind?

A: Too many to count! Gloria Nord and I really bonded. She was a superstar and told me that for a decade, she spent all her income hiring a Rolls Royce and driver to bring her to and from her shows. She treated herself like a star until she turned into one and then the money and stardom followed. I love how she believed in herself and invested in herself and she made her goal. I can relate with that as I feel that is what I have achieved with the film. I believed that I could become a filmmaker and tell this story and I did.

A: Sonja (obvious), Belita (amazing) and Roy Blakey (my muse).

Q: I've interviewed Roy Blakey and found him to be one of the sweetest, most fascinating people out there. Can you give us an update on Roy's IceStage Archive and how things are going with him? 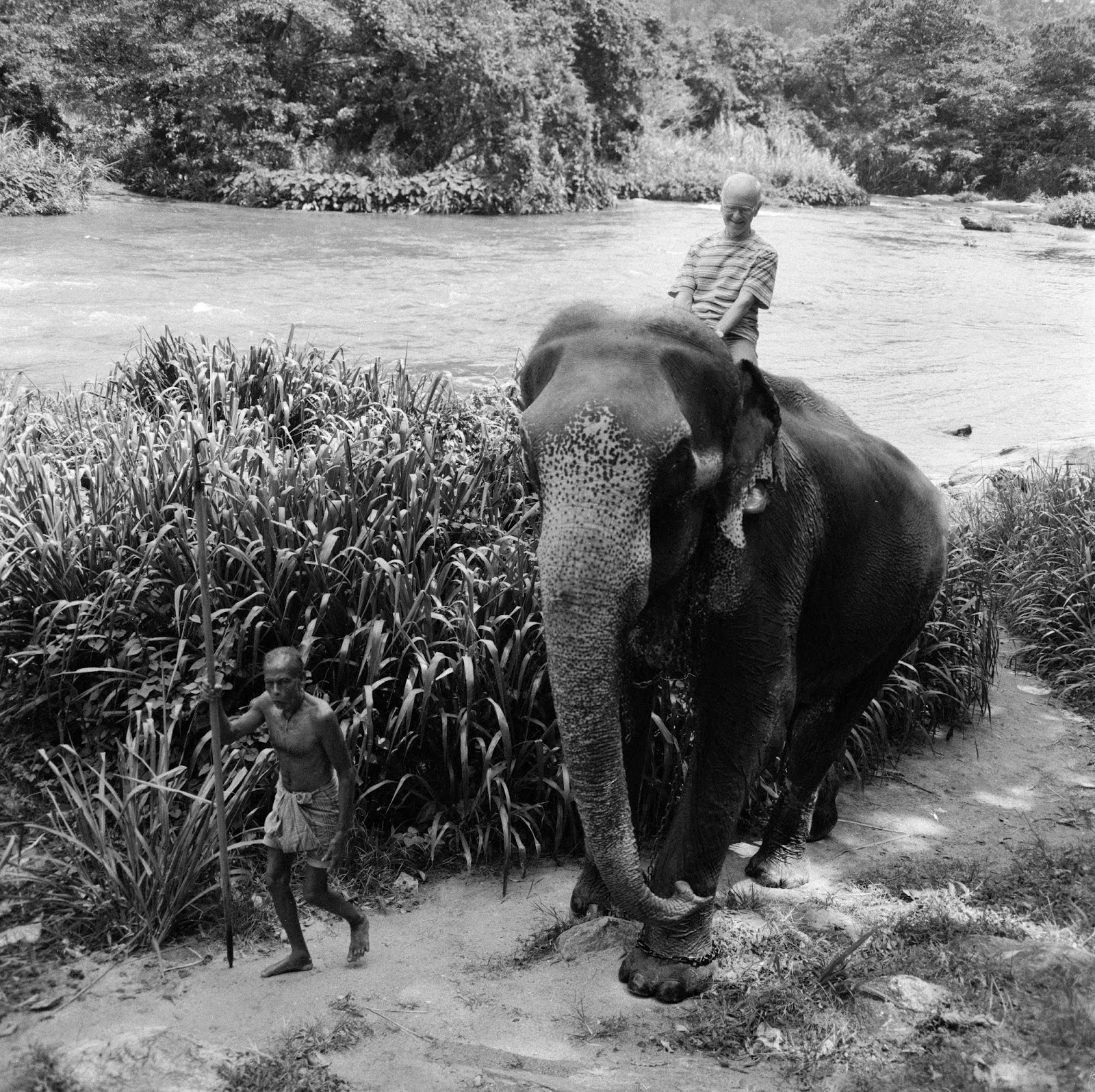 A: Thanks. My first book, "Love in the 90s", is about my grandparents and now my first film is about their son. Roy has a great outlook on life and he and I are close friends as well as family members. He has given me his love for the ancient cultural heritage sites in Southeast Asia and we are travel buddies. I look forward to making another trip with him when the distribution for the film is all set and the film is out in the world. In 1962, Roy was in Burma with Holiday on Ice for a month. They would rehearse in the nighttime and keep the ice covered during the day. In the process of making the film I have scanned his photos and so it puts my more recent photos into context and shows a family tradition. We have been traveling together because of the film as well. Last year we were in Napa Valley together for the Napa Valley Film Festival 2013. Then we have gone to regional festivals such as the Frozen River Film Festival and the Fargo Film Festival. The highlight for me this year was a Dance On Camera screening on Feb 2, 2014 at 1:15 at the Walter Reade Theatre at Lincoln Center. The film was introduced by Dick Button and then Roy, Richard "Mr. Debonair" Dwyer and myself and we had a Q&A session for the sold-out house.

Q: What was the most fascinating thing you've LEARNED in all of the interviews and research you've done?

A: The main thing is that I have learned is that I love making films. The process is so difficult but the medium is so beautiful. I have learned the language of filmmaking. It is amazing and now I am a filmmaker and I see a string of documentaries in my future and I even see script writing in my future as it would be interesting to try fictionalizing a story for film.

A: I draw and paint as a hobby.

Q: Is there anything you didn't get to include or anyone you wanted to speak to but didn't have chance to?

A: Well in 1998, Nationals were held in St. Paul and the who's who of figure skating came to a party at the studio where Roy set up a real show of the material and opened the doors to the public. I wish I had started to document the night of the big party because the legendary Holiday On Ice choreographer Ted Shuffel was there and so I am very sorry I never got to interview Mr. Shuffel.

Q: What has been the most wonderful praise or compliment you've received in presenting this documentary at film festivals throughout the U.S.?

A: JoAnne Mitsuko Funakoshi said, "If you hadn't done the film this story of our history might have faded away unnoticed". So many have reached out to say that they were in the shows or that their family member was in the show and how the film offers a way to share the history and the excitement of the shows.

Q: Will the film be available for purchase on DVD or digitally and how can people make a donation to support the work you're doing?

A: The film is currently streaming on Netflix and Virgil Films and Entertainment will release the other platforms such as DVD, Amazon and iTunes on June 17th. Please sign up on my www.fabulousiceage.com website to get updates.

Q: What is your next adventure?

A: Hopefully a trip to Burma with Roy in the fall and from here on, more experimental and documentary films!

If you enjoyed my interview with Keri Pickett, the best advice I can give you is to take just a moment of your time and click through to this blog's Facebook page at http://www.facebook.com/SkateGuard and "like it" - you'll end up with daily figure skating news, videos and interesting articles right in your Facebook news feed, as well as new content and interviews on this blog as they happen. I'm also just in love with the Twitter - it's so fun! You can also tweet me at http://twitter.com/SkateGuardBlog anytime you feel like talking about skating... that's what I'm here for!
Posted by Skate Guard Blog at May 02, 2014
Email ThisBlogThis!Share to TwitterShare to FacebookShare to Pinterest
Newer Post Older Post Home
"As a rule an author has one or two popular ways of contrasting the past with the present. He can treat the past as lying in comparative doleful ignorance, or he can explain that the past was infinitely superior to the day we live in. Of course, either method is the popular journalism of the moment, and in reality there is no sharp contrast, but a gradual transition which leads the past into the present." - Joel B. Liberman, Skating Club Of New York