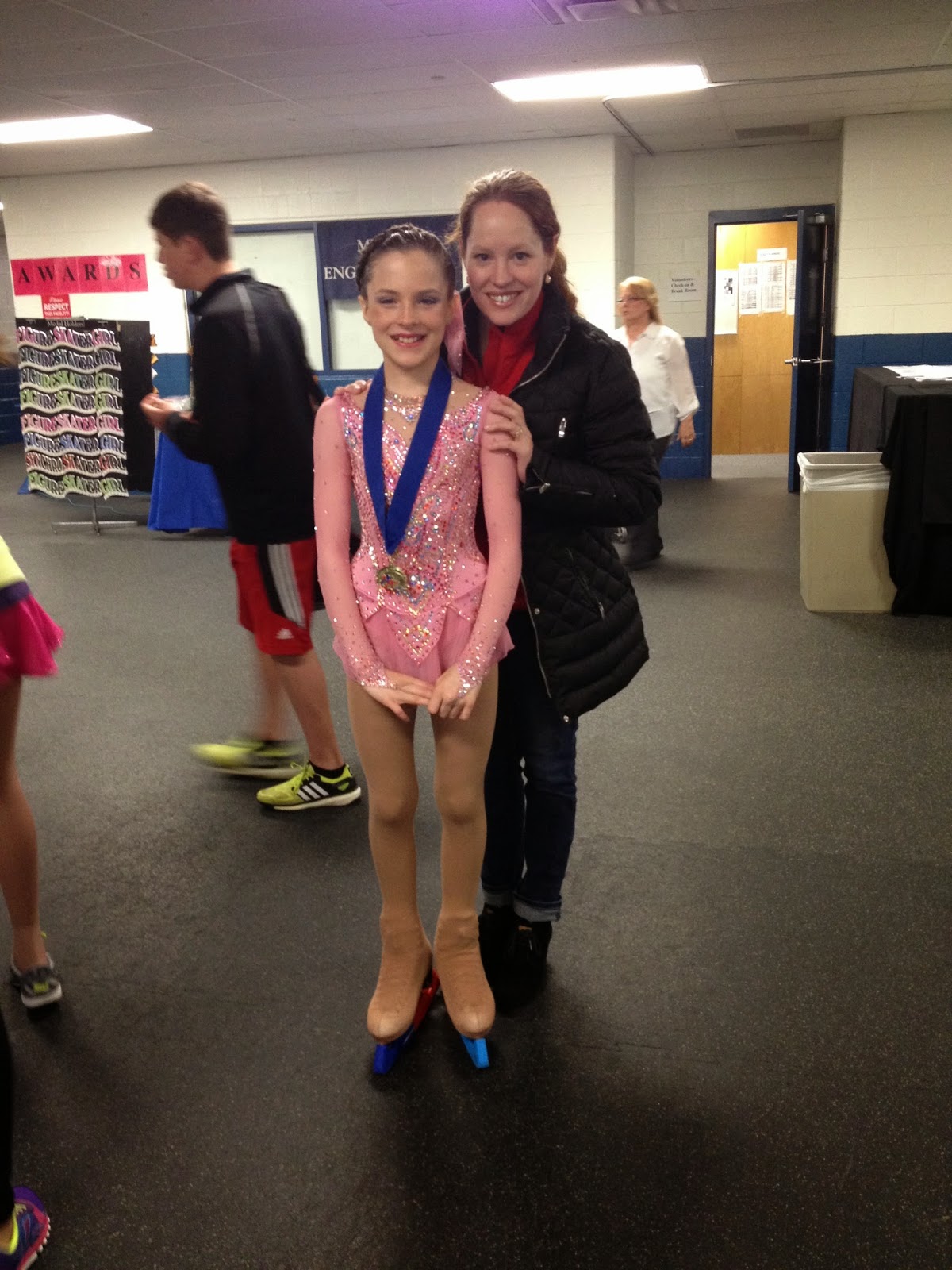 You know her, you love her and she's pictured here with her student Abby Smith! In Sarajevo in 1989, Jessica Mills Kincade unexpectedly found herself atop the podium at the World Junior Figure Skating Championships ahead of skaters who would become household names in years to come like Surya Bonaly and Yuka Sato. A very elegant, put together skater, Mills Kincade would go on to make another five trips to the U.S. Figure Skating Championships in years to come and win the bronze medal at Skate Canada International in 1994 right behind Krisztina Czako and Laetitia Hubert. In this fascinating interview, we talked about everything from her competitive career to competing at the 1994 U.S. Championships in the middle of the Tonya/Nancy media hoopla to fashion and her Olympic medal winning siblings. You'll even learn what movie you can see Jessica in. Be a sweetheart and give it a read. You'll just love this interview!:

Q: You had so many wonderful moments in your career as a figure skater - six trips to the U.S. Figure Skating Championships, the bronze medal at Skate Canada International in 1994 and of course, the 1989 World Junior title among them. Looking back on it all now, what are your proudest moments or mos special memories as a skater?

A: Winning Junior Worlds was the proudest moment for sure. There were a lot of special memories over the years. Traveling internationally to represent the USA and feeling a part of a team was always a lot of fun and very rewarding.


Q: Here's one thing I think is pretty incredible. Your sister is actually Phoebe Mills, who won the Olympic bronze medal at the 1988 Summer Olympics in Seoul as a gymnast and your brother is Nathaniel Mills, who competed in the 1992, 1994 and 1998 Winter Olympics as a speed skater. Growing up was there any big sense of rivalry between you and your siblings and did you ever dabble in each other's sports?

A: Yes, we all started in speed skating together as a family. It was great fun practicing together and piling in our van to travel to races on the weekends together. My sisters Hilary, Phoebe and I started also started in gymnastics together. Miraculously, we were not competitive with each other. We loved Olympic sports in our family and it was a lot of fun sharing in each others dreams, goals and successes.

Q: You really showed a lot of commitment to skating and continued through to 1996, competing against everyone from Jill Trenary to Kristi Yamaguchi, Nancy Kerrigan, Tonya Harding, Nicole Bobek, Elaine Zayak and Michelle Kwan. I know it's been talked about to death, but in particular, what was the experience of competing at those 1994 U.S. Championships in Detroit like with the media firestorm regarding the whole Tonya/Nancy 'incident' brewing?

A: Thank you. I'm sure the experience was different for all of the ladies competing in that event but when you are at that level (in an Olympic year) you have to come into the event with laser focus and be able to block out distractions. In the moment, the attack was a distraction and I blocked it out and stayed to myself.

Q: You got your Bachelor Of Arts in Fashion Merchandising and actually worked as a merchandiser in New York City in the intimate apparel industry for ten years. Was fashion something you were always passionate about and what are your thoughts on fashion in skating today?

A: I always loved clothes and style. I actually wanted to be an actress growing up. After skating and in deciding on a degree for college I came across fashion merchandising and gave it a try. It was a great fit for me right away. I think there is a natural relationship between skating and fashion. Competition dresses are like evening gowns and we often draw inspiration from the runway. Vera Wang, a former skater, designed skating dresses for both Nancy Kerrigan and Michelle Kwan. I would like to see more of those collaborations.

Q: You now coach skating at the Louisville Skating Academy in Kentucky. What is the best piece of advice you can offer someone looking to make the transition from skating themselves to coaching?

A: Doing a skill and teaching a skill are two completely different things. So, you have to come in with patience and gradually figure out your methods.

Q: You performed professionally with the Ice Theatre Of New York, who I am actually a big fan of. What are your thoughts on the state of professional skating today and is getting back into performing professionally something you'd ever do again?

A: I would love to see a company like Ice Theatre Of New York become a national tour. I remember seeing John Curry's show when I was young which was done on a stage - like you would see a ballet. It was absolutely amazing. I wish my students now would have an opportunity to see such artistry on the ice but there is nothing like that out there that is done in a big way. Of course, you have to have the audience to sustain it which is where the problem is. There seems to be more success in artistically driven professional shows in Europe, where skating is a more popular sport than it is in the U.S. Do I think about performing again? The answer is yes. I think about it often in my dreams.

A: Scott Hamilton. He has such an amazing life story. He loved performing which made it so much fun to watch him as a professional and he has done so much to give back to the sport. Brian Boitano and Michelle Kwan - both for their technical ability, consistency and artistry.

A: I was an extra in the first Home Alone movie. There was a brief skating scene in all of the movies. I also competed in both figure skating and speed skating in the 1991 U.S. Olympic Festival (winning a gold in the team relay event).

Q: Looking back on it all now, what would you say your biggest strengths and weaknesses as a skater were and what was the biggest lesson figure skating taught you?

A: I think my biggest strength was that I cared about the total package. I had athletic ability and I gave equal attention to the artistic side. My weakness was mental toughness, or lack thereof which lead to inconsistency at major competitions. Skating taught me about sacrifice. You have to be willing to sacrifice to be successful at anything. You also have to make sure you surround yourself with people who understand your goals and support you.

If you enjoyed my interview with Jessica, be sure to always check back for more skater interviews and writing about everything under the sun in the skating world. There is also a Facebook page connected to the blog where all blog articles and interviews are shared - as well as current skating news, photos and videos of amazing skating. Give it a "like" at http://www.facebook.com/SkateGuard. You can also follow me on the Twitter at http://twitter.com/SkateGuardBlog. I love talking figure skating and would love to talk about the sport with you!
Posted by Skate Guard Blog at August 28, 2014
Email ThisBlogThis!Share to TwitterShare to FacebookShare to Pinterest
Newer Post Older Post Home
"As a rule an author has one or two popular ways of contrasting the past with the present. He can treat the past as lying in comparative doleful ignorance, or he can explain that the past was infinitely superior to the day we live in. Of course, either method is the popular journalism of the moment, and in reality there is no sharp contrast, but a gradual transition which leads the past into the present." - Joel B. Liberman, Skating Club Of New York