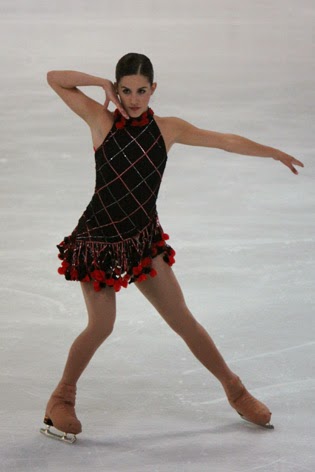 Following in the footsteps of great Spanish ladies figure skaters before her like Yvonne Gomez and Marta Andrade, Sonia Lafuente has carved out a very impressive career for herself and put Spanish ladies figure skating back on the map in recent years. In addition to three Spanish national titles, she's represented her country on the world's biggest stages - the European Championships, the World Championships and even the Olympic Games. With a cool confidence on the ice, she's really proved that she's a skater not to count out over the years. Battling back from a difficult season last year that saw her drop to 32nd at the World Championships in Saitama, she's ready to rally back to the form that saw her finish in the top fifteen at the 2012 World Championships. We talked about her training, favourite memories, training in Canada and much more in this fabulous interview: 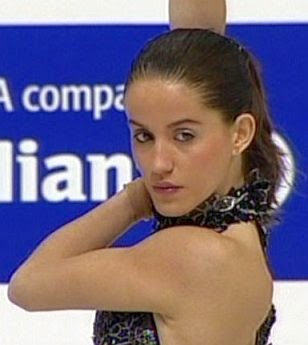 Q: Your career has been incredible so far. You've won three Spanish national titles, represented your country at the 2010 Winter Olympics in Vancouver, seven European Championships, seven World Championships, four World Junior Championships, on both the Junior and Senior Grand Prix Circuits and have won gold medals at the Golden Spin Of Zagreb, Dragon Trophy in Slovenia and Merano Cup in Italy. Reflecting, what are your proudest moments or most special memories from your competitive career so far?

A: There are a lot of great moments and amazing memories: the first medal on the Junior Grand Prix series, my first Europeans, first Worlds... but if i had to choose one it would be the Olympic Games. It was amazing from the beginning. The olympic village, the ice rink, sharing those moments with so many athletes, walking behind the Spanish flag in the opening ceremonies... it was unbelievable!

Q: You train alongside fellow Spaniard Javier Fernández and also work with Brian Orser (a World Champion and two time Olympic Silver Medallist himself). How motivating is training alongside Javier and what do you enjoy most about training with Brian?

A: Training at the Toronto Cricket Club is incredible. There are so many skaters and such a high level of skating. Javier and Yuzuru train here and just skating with them and sharing the ice makes you work harder every day. Of course, you also learn things from them. My main coach inside the club is Ghislain Briand but I also work with Tracy Wilson and Brian Orser. Every bit oof advice I get from them is helping me improve on my skating, from jumps to spins to stroking. I really appreciate the work and time they spend with me.


Q: What's your favourite jump and spin? Your least favourite?

Q: Do you think you'd be a better pairs skater or ice dancer? Which do you enjoy watching more?

A: I think a pair skater. I'm used to jumping and also ice dance requires a lot of interpretation and I'm not as good at that. I don't think I prefer one before the other. They both have great things... the flow and elegance of the ice dance and then pairs skating... it's so spectacular.

Q: Looking towards the next season, what are your current goals and what can you share about your new programs?

A:: Last season was a difficult one for me so my main goal for the next season would be to go back to my highest competitive level. About my new programs, I can say that I'm very happy and I love both of them. I did the short program with David Wilson and the free program with Jeffrey Buttle. They're both very different but both have so many great ideas. It was a pleasure to work with them both.

A: Figure skating is a very small sport in Spain. It's hard to fight against soccer or tennis, but it is also true that during the last few years the attention that the media is giving to it has improved. Javier's recent results have really helped on that and also having a team that is growing and improving every year.

Q: If you'd never taken that first glide on the ice, do you think you would have been as successful in another area of life as you have been in skating?

A: I started skating very young. I was only four years old. I don't know if I would've come this far in a different sport but I would've practiced something else for sure because I was a very energetic kid!


Q: If you were stranded on a desert island and could only bring three things with you, what would they be and why?

A: If as "things" i could choose people i would bring my family, both my parents and my sister. Now that i'm living in Toronto and i'm far from them I've realized how much you can miss your people!

A: Carolina Kostner for her elegance and speed on the ice, Michelle Kwan for her appearance every time she stepped on the ice and Patrick Chan because of the control he has when skating. It feels to me like he's flying.

A: (laughing) I can be nice! Some of my friends have told me about the first time they saw me and how they thought I was a very serious person or even a little bit disagreeable. That's because I'm shy at first! Then, luckily for me they realized I love to talk and laugh!

A: I think figure skating is such a complex sport. There are so many aspects you have to control. You have to not only be an athlete but be able to jump, spin and get through the programs. You also have to be able to make it look elegant and easy.

In order for this blog to reach a wider audience, I could sure use a little help. All you have to do is "LIKE" the blog's Facebook page at http://www.facebook.com/SkateGuard for instant access to all of the new blog articles, features and interviews as they are made available. I also share daily updates and headlines from the skating world, videos and much more that's not here on the blog, so if you love figure skating as much I do, it would really be rude not to get on that inside edge! You can also follow all of the fun along on Twitter at http://twitter.com/SkateGuardBlog. If you know someone who loves skating, tell them! It's all about getting a dialogue going on! Fabulous skating is too fabulous to keep secret. Am I right or am I right?
Posted by Skate Guard Blog at August 20, 2014
Email ThisBlogThis!Share to TwitterShare to FacebookShare to Pinterest
Newer Post Older Post Home