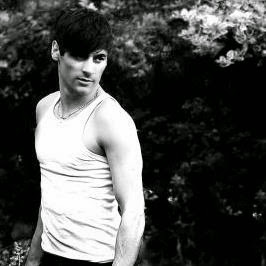 After winning four silver medals at the British Figure Skating Championships, the devilishly handsome Tom Paulson decided to trade in his IJS footwork sequences for the show business world of skating on the high seas as a professional figure skater on Royal Caribbean cruise ships. Tom was kind enough to take a break from the cabana to talk about his competitive career, transition to professional skating, the current state of figure skating in Great Britain and much more in this fabulous interview you're guaranteed to just love. 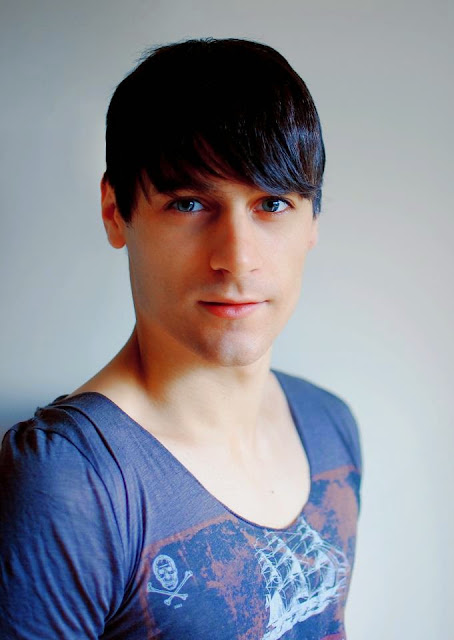 Q: Your competitive career was full of some wonderful successes, including four silver medals on the senior level at the British Figure Skating Championships. You represented the UK internationally on the Junior Grand Prix circuit, the World Junior Championships and international competitions such as the Finlandia Trophy and Winter Universiade. What are your proudest moments or most special memories from your competitive career?

A: I'm most proud of representing Great Britain for almost eight years internationally. It is the highest honor and reward to be recognized by your own federation and have the chance to perform for international judges and skating fans. I'm very proud to have performed in the Turin Olympic venue and stayed in the Olympic Village there, as well as having traveled to many countries and meeting many people I might never have had the chance to. When the IJS system was still new, I was informed by one of the British judges that a video of my long program had been shown at an ISU seminar as an example of a well choreographed and interpreted program, which I was very pleased with as I always work hard to find character and emotion in music and bring that to my performance.

Q: You're skating with Royal Caribbean on the high seas now! How did you reach the decision to turn professional and what were the biggest adjustments in terms of going from training and performing on competition size ice to a cruise ship?

A: Unfortunately ice skating is an expensive sport and financial reasons were a large part of my decision to turn professional. I was also frustrated by the politics which still dominate the sport despite the IJS. It was a hard decision and took the best part of a year to make but I now know it was the right thing for me to do and skating with Holiday on Ice and Royal Caribbean and Willy Bietak has allowed me to rediscover my love for skating and further explore my performance skills. Adapting to smaller ice has been a challenge, especially on the ships as we perform triples on an ice pad which is less than a quarter of Olympic size! It takes time but just like a competitive program, you work out how many crossovers or pushes you need for each element and set the jumps in as comfortable a place as possible.

Q: What is the funniest experience you've ever had in your years of skating with Royal Caribbean?

A: Funny things regularly happen in shows, whether it's an in-joke between cast members that keeps us laughing throughout a number or something that goes wrong like crashing into the boards because the ship is rocking!

Q: The 'current state of figure skating' is currently a hotly debated topic. Thinking specifically about things in Great Britain, what do you think it will take to make the sport regain the popularity in the public eyes that it did during the John Curry/Robin Cousins/Torvill and Dean era? Is it just another huge star, or is it something bigger than that?

A: Dancing On Ice has had a very clear influence on the public's perception of ice skating and has proven that skating stars like Robin Cousins and Torvill and Dean are still remembered and admired for their achievements and abilities. Unfortunately, while that has led to a noticeable interest in learning to skate, interest in competitive level ice skating hasn't seemed to follow this trend as strongly. I feel top-level competitive ice skating can be inaccessible to the public, as the names of elements and the scoring system mean little to anyone who isn't very well informed about the sport. Sports such as football and athletics are easily accessible because anyone can try them and performances/results are straight forward and easy to understand with no prior knowledge. Ice skating is very complex and raising its profile in Britain will be a challenge as we are not a winter sports country or a country that invests well in ice skating.

A: I grew up in an era of superstar ice skaters. I always think of it as the golden age of skating! Yagudin was a strong favourite of mine, as was Timothy Goebel because he was a left footed skater, just like me. I loved to watch Shen Xue and Zhao Hongbo. They always skated with passion and presence and incredibly clean technical elements. Although they were pair skaters, their performances and success in competition were very inspiring to me. One of my biggest skating inspirations isn't a figure skater. My personal trainer for the later part of my career was Sarah Lindsay, a British speed skater who competed in three Olympic Games and won medals at World and European Championships, as well as ten gold medals at the British Championships. As well as top level fitness and endurance, working with such an experienced athlete had many other benefits and working with Sarah enabled me to train not just harder but smarter.

A: I don't think there is much that people don't know about me but fans of figure skating might not know that I also enjoy singing and since turning professional I have taught myself to juggle!

Q: If you had a genie in a bottle kind of like that Christina Aguilera one and could ask it to grant you three wishes, what would they be? And no, three more wishes isn't something you can ask for...

A: If I had three wishes I would give away one each to three people I felt had a worthy and unselfish wish.

A: Figure skating is very much who I am, whether I like it or not! I have always loved performing and skating has allowed me to do that and share my love with thousands of people. My favourite thing by far is the amazing places I have visited and the wonderful people I have met in my competition days and now in my professional career. Everything about my life is influenced by skating in some way and I'm both very proud of myself and grateful to everyone who has helped along the way.

Skate Guard is a blog dedicated to preserving the rich, colourful and fascinating history of figure skating. Over ten years, the blog has featured over a thousand free articles covering all aspects of the sport's history, as well as four compelling in-depth features. To read the latest articles, follow the blog on Facebook, Twitter, Pinterest and YouTube. If you enjoy Skate Guard, please show your support for this archive by ordering a copy of figure skating reference books "The Almanac of Canadian Figure Skating", "Technical Merit: A History of Figure Skating Jumps" and "A Bibliography of Figure Skating": https://skateguard1.blogspot.com/p/buy-book.html.
Posted by Skate Guard Blog at September 02, 2014
Email ThisBlogThis!Share to TwitterShare to FacebookShare to Pinterest
Newer Post Older Post Home