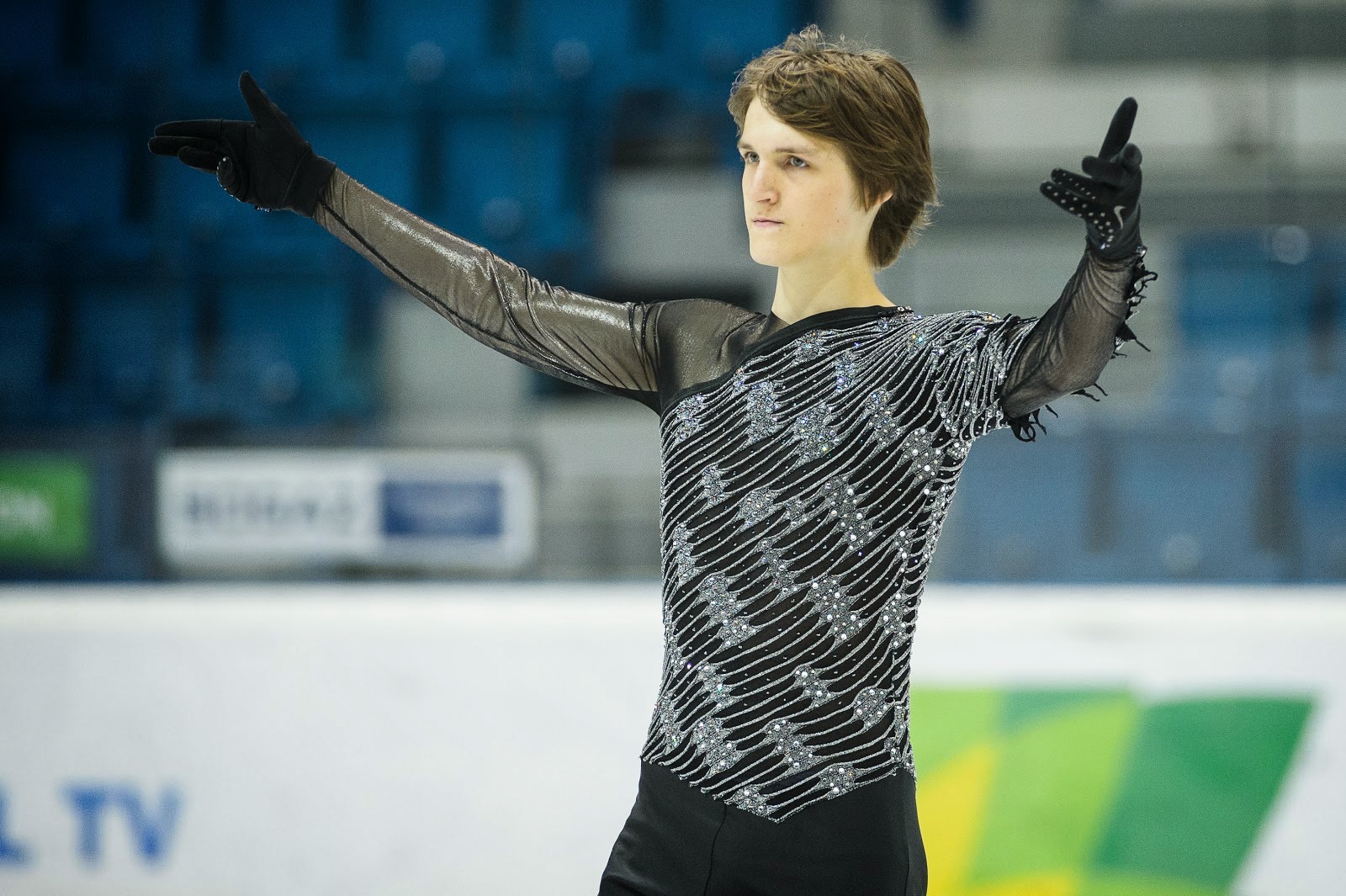 If you're not familiar with British skater Harry Mattick's story, get ready to be inspired. When he survived a car accident where his father was killed, Mattick suffered a major head injury that left doctors advising he'd never walk again let alone skate. He defied all odds by not only walking but skating his way to an incredible four British junior titles and making trips to the Junior World and European Championships. After recently losing his coach Igor Novodran in a plane crash, Mattick shows more resolve than ever to live out his dreams on the ice. It was my absolute pleasure to talk to him about his achievements, goals, overcoming adversity and much more in this fantastic interview:

Q: You've got a lot to be proud of about your figure skating career so far. After winning the British novice title, you won the UK's junior title for four years straight before joining the senior ranks and winning the silver medal during the 2012/2013 season. You've represented Great Britain on the Junior Grand Prix circuit and at the Junior World and European Championships as well as a whole array of international events as well. Looking back on everything so far, what are your proudest moments or most special memories?

A: There are, indeed, many moments in which I can look back and get a sense of achievement. My first international gold medal from the Warsaw Cup in 2013 is a special memory and representing the country at the European Championships was another. At the top of the list, however, is landing a new jump for the first time! I love competing, performing and, especially, winning medals but the sense of accomplishment you get from landing a new jump tops all else!


Q: You're currently ranked third in Great Britain and obviously are shooting for gold this year, especially with both Matt Parr and David Richardson having announced their retirements. What can you share about your goals for this season and how you are working to achieve them?

A: My goals for this season are (as they always are) to skate the best I can possibly skate, achieve everything I can possibly achieve and represent my country, myself and my God in a way that will make everyone sit up and take notice. Specifically, I'm hoping that a gold medal at Nationals and a place at the European Championships are included within that this season, however no matter what I achieve I absolutely love what I do and wouldn't change it for the world!

Q: You've trained both in England and in the U.S. What do you miss about training in North America and what did you miss most about the UK when you were in the U.S.?

A: America was a great experience! I loved the fact that the culture is so much different to ours in subtle ways that you wouldn't expect. When I was there I missed being close to family. I only got to see my family once or twice a year and that was hard. Training in the states was a great opportunity that helped my skating in many ways and there are many things I miss but I much prefer training in the UK for now at least.

Q: Tell me about your programs this season and what you love about skating them!

A: I love the character I play in my long program. I skate to "The Nightmare Before Christmas" as 'The Prince of Hallowe'en'. In the program, he discovers another world (namely Christmas Land) before returning to Hallowe'en Land. In my short program, I skate to "Amazing Grace" and play a man set free of bondage. My short program is much slower than last season's Latin music. I'm really looking forward to performing it. Q: Your former coach Igor Novodran was tragically killed in a plane crash this March and you also lost your father in a car accident when you were younger. I'm so sorry for your losses but I'm also inspired by your determination to press on in the face of it. Where do you find strength?

A: My career has certainly not been an easy ride! I find that taking a step back to remember why I skate always renews my determination and drive. I started skating because of the accident that killed my Dad. I was sat in the back seat and suffered physical injuries as well as a major head injury. I started skating as part of my recovery and rehabilitation. Doctors told my Mum that I would probably never walk and that I definitely would never function normally as an adult. I guess they were only half right! I remember only being able to concentrate for two minutes at a time so I had a two minute skating lesson at the end of my sister's fifteen minutes. No matter what anyone tells you and no matter how qualified they are... you CAN achieve your goals!

Q: On a happier note, FOOD! If you were only allowed to eat one food every day for every meal for the rest of your life, what would be putting in your mouth?

A: (laughing) It's a good thing I train so hard as I quite simply love all food! I have a particular liking for fish, specifically salmon and smoked mackerel. One of my favourite treat foods, though, has to be chocolate digestives with peanut butter (something I discovered in the States)! This has to be the hardest question yet, though! I don't think I could live off just one food without going insane!

A: When I was nine years old, I recorded the 2004 World Championships. This was back in the day of video tapes! I watched the last six skaters of the men's long, without fail, every day (sometimes two or three times) until the following years World Championships! It was during that year I decided I wanted to be up there with them. Among those six skaters were Brian Joubert and Stephane Lambiel. I had the pleasure several years ago of doing a spin master class with Lambiel in a training camp and it was one of the highlights of my career so far!

A: I'm a cyclist! I bike everywhere and as a result I average around forty miles a week. Its green, free and I find its a nice addition to my training, especially as a pre-warm up first thing in the morning.

Q: What is the most important lesson figure skating has taught you?

A: Figure skating has taught me many things but the main lesson has to perform under pressure. It's a lesson that's still ongoing but looking back I've found its crossed over into life off the ice and has turned me into a very laid back person.

If you enjoyed this interview with Harry Mattick, be sure to "like" this blog at http://www.facebook.com/SkateGuard. This Facebook page not only presents all of the site's blog entries and interviews, but also features great skating videos and daily skating news you won't want to miss. You can also follow along and talk skating with me on the Twitter at http://twitter.com/SkateGuardBlog.
Posted by Skate Guard Blog at October 13, 2014
Email ThisBlogThis!Share to TwitterShare to FacebookShare to Pinterest
Newer Post Older Post Home