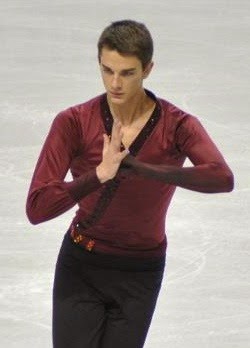 It doesn't get any more different than going from being a singles skater in the U.S. to taking up ice dance and representing a country halfway across the world - South Korea. With his partner Yura Min, Tim Koleto has done just that. Originally from Colorado Springs, Koleto competed on the junior level at the U.S. Figure Skating Championships before teaming up with Min in April 2013. Tim was gracious enough to take the time to talk about everything from the programs that he and Yura are skating this season to working with a who's who of skating's greatest coaches and choreographers and much more in this fantastic interview you're bound to enjoy:

Q: Prior to teaming up with Yura Min and deciding to compete for Korea, your background was actually as a SINGLES skater. You competed at the U.S. Championships and placed as high as sixth in the junior ranks. What prompted you to focus on ice dancing?

A: I met Yura in 2011 in Colorado Springs. I have loved Korean music and culture for many years, so when she first came to the rink, I introduced myself and we became good friends. Over the next couple of years, we crossed paths at competitions and for the short time she trained in Colorado Springs. Every time we met, we would joke about doing ice dance together, but the timing was never quite right. My singles career was still progressing and she had a partner. In June of 2012, I dislocated my knee on a triple axel attempt and partially tore both my hamstring and LCL. Once again, in December, I twisted my ankle on a landing and tore my Tibiofibular Ligament (I know, it's a mouthful). In February, I was just starting to skate again, and was working on skating skills, still unable to jump. Surgery was on the table if I wanted to continue to jump. Yura had split up with her previous partner, and offered me a tryout if I'd like to. I moved to Michigan a couple of weeks later and never looked back.

Q: You made your international debut at last year's Four Continents Figure Skating Championships and incredibly placed in the top ten in your first attempt. What did you learn the most from this competition?

A: Four Continents was an eye opening experience. One year before (and a singles skater at the time), it would've been laughable to even dream of competing in Taipei. Though it was a hugely positive competition for us, what actually sticks in my mind is the mistake I made on the twizzles in the short dance. I am incredibly hard on myself and a perfectionist to the end, so knowing we missed the minimum for the World Championships because I didn't grab my blade was tough to stomach. "One thing at a time" is an easy thing to say, but not always easy to execute. In the aftermath, I have learned to trust myself, to stay calmer and more grounded on elements, and to not let things get away from me in pressure situations. 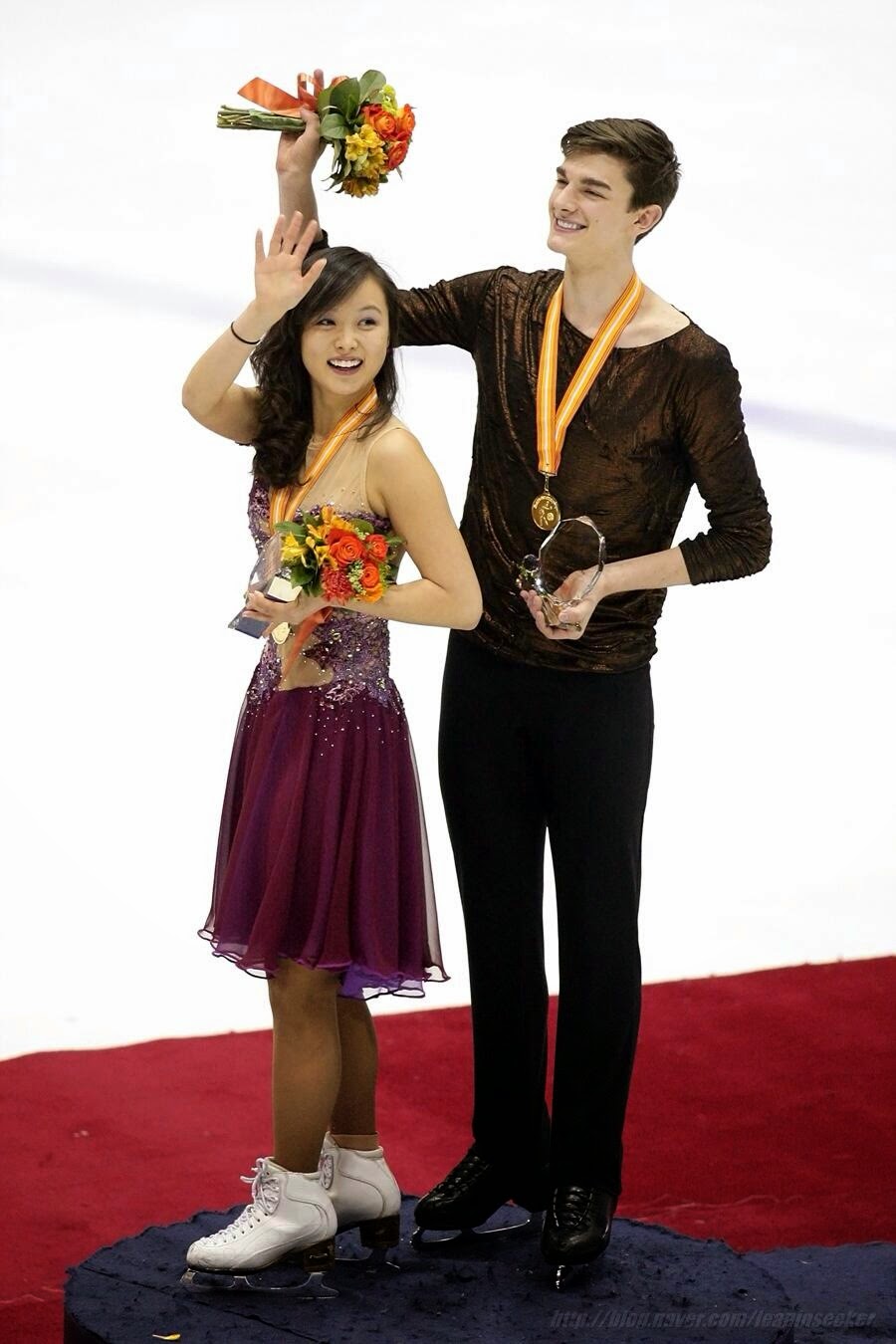 Q: What are your main focuses in training and your goals for this season?

A: Our main focus for the year has been to skate more and more alike; to be sensitive to each others timing and body lean, leg line and toe point. I am in no way a veteran, so finding sameness in our skating is an always-evolving process and we stress this at all times. As the season goes on and the foundation becomes more solid, we are exploring more emotional connection, more power and speed, and skating closer together. Our main goal has always been to be at the World Championships in Shanghai, but our secondary goal for the year has been to leave a lasting impression on the audience. In so many ways last year was quickly thrown together. This year we feel ready to show who we are as a team. We want to have an instantly recognizable and unique 'brand' to our skating, and we want people to experience something special when we perform.


Q: What can you share about the concept behind both your short and free dance this year? What do you feel are the strengths and differences of your material?

A: The concept and direction of our short dance is paso doble to the core. We allow ourselves some room to connect and find intimacy in our flamenco pieces, but we think it is important to adhere to the theme we are given for the year with total commitment. We didn't look for unnatural or avant-garde music choices, rather, we chose to inject the classic paso doble style with our own personality, and let the program find its individuality this way. The concept of our Free Dance is an eccentric take on swing, through a Cirque du Soleil lens. We've entitled it "A Quirky Sort Of Love". The music is from the Canadian-French children's movie "The Triplets of Belleville", and it has this really consistent European tone that we fell in love with. Where our paso doble is intense and aggressive, we wanted the Free Dance to feel soft and light and fun. It is the year after the Olympics, so we wanted to take a risk and really stretch our comfort zone and play with different styles and characters. 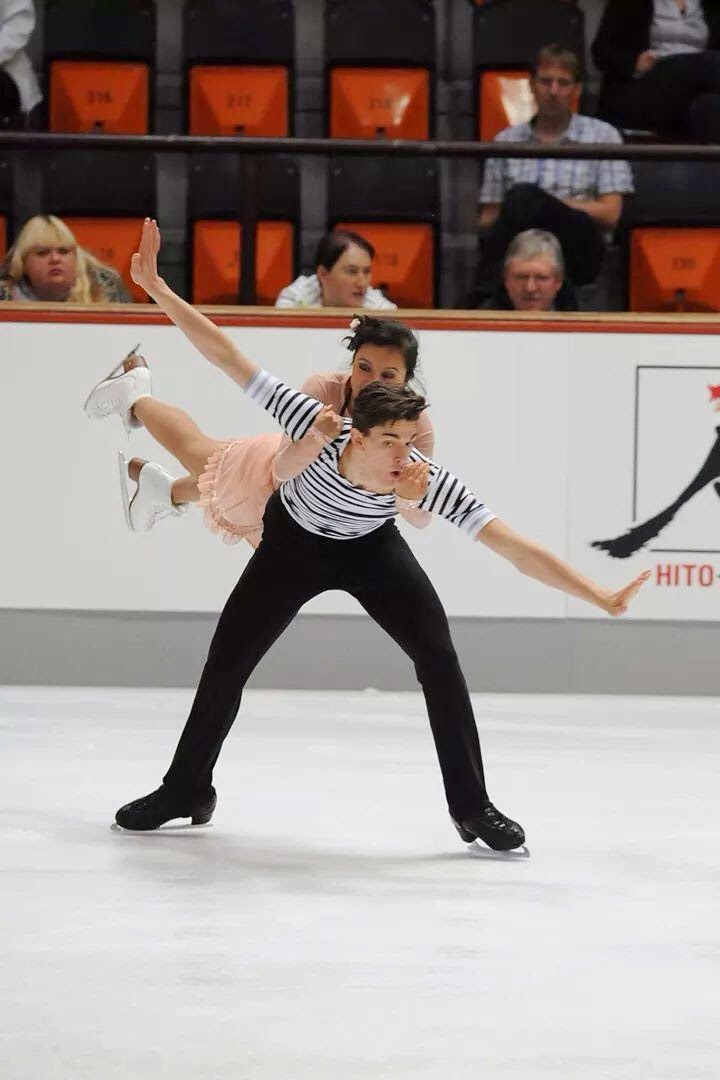 Q: You have worked with some very talented coaches and choreographers, Christopher Dean, Igor Shpilband and Tom Zakrajsek among them. What has each brought to your skating that will stick with you forever?

A: I have been so blessed to train under such incredible coaches. Christopher Dean left a huge impression in my mind (and yes, I'm still star struck by him). He has such an incredible vocabulary of moment and styles. He really taught us how to use each others weight and how to understand momentum in order to execute complicated elements. We actually have a huge number of tricks we learned from Chris that didn't make the 'final cut' of the free dance that we will incorporate into future programs. When I began working with Tom Zakrajsek and Becky Calvin, I was at a crossroads in my skating career. I cannot explain the gratitude I have for being taken under his wing. He taught me that even old habits can be changed if you want it bad enough, how to harness perfectionism into an unbreakable work ethic, and how to be a competitor. I take his wisdom and training habits and apply them daily, even as an ice dance. I owe my success to him. Igor Shpilband is different than any other coach I've worked with. His passion and love for skating is clear in every lesson. He is intense and honest in a way I have never experienced from a coach before. He has a deep understanding of music and how to build a program. I'd like to give an honorable mention to Tom Dickson and David Wilson as well. Tom fostered my love for skating when I was very young, and his focus on school figures and edge quality made my transition to ice dance much easier. David taught me a new way to hear music and a new way to express, and that sometimes innuendo is more valuable than the obvious.

Q: What is your favourite book, song and film?

Q: If you could meet one famous person (living or dead) who would it be?

A: Johnny Weir, for his originality. He has such a signature skating style and personality, and the technical strength to back it up. Everything he did was so 'Johnny'. Michelle Kwan. "Lyra Angelica". Enough said. Yuna Kim. She has never finished off the podium in international competition. A true champion. She is so poised and a sincere role model. I am so lucky to have met her and to compete for her home country under her legacy of success.

A: I am a giant nerd. I'm in the middle of writing my second sci-fi/fantasy novel, I binge watch bad TV shows on Netflix, and I read anything I can't get my hands on. I also have a huge love for Korean music and Korean dramas. And, thanks to my Mom and sister, I am admittedly addicted to Downton Abbey. So embarrassing.

Q: What makes figure skating the best sport out there?

A: I think what makes figure skating so special is the dichotomy of sport and artistry. Very few sports share this dynamic marriage of music and dance with raw power and athleticism.

Did you enjoy this interview with Tim Koleto? What comes next? MORE interviews, MORE skating history, MORE interesting articles for you to read, that's what! Stay tuned to the blog's Facebook page at http://www.facebook.com/SkateGuard and my Twitter feed at http://www.twitter.com/ohh_N and thanks as always for your support and most importantly... spreading the word!
Posted by Skate Guard Blog at October 16, 2014
Email ThisBlogThis!Share to TwitterShare to FacebookShare to Pinterest
Newer Post Older Post Home