Skating With Anne Boleyn's Ghost: The Royal Menagerie And The Tower Of London 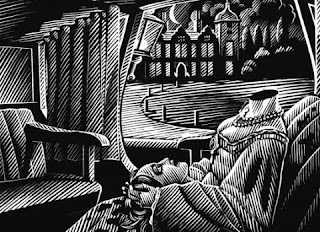 Topping even the rink that was installed in the Eiffel Tower in terms of the cool factor, The Tower Of London in England plays host to one of the most dramatic ice rinks in the world: The Tower Of London Ice Rink. Literally developed where the Tower Of London's moat was situated, the ice rink offers outdoor public skating with the backdrop of the Tower's fortress battlements.
What makes this setting even more dramatic is that the Tower is considered one of the most haunted locations in the United Kingdom. Since building commenced in 1078, the property played host to well over one hundred confirmed executions including botched beheadings, hangings, firing squads and people being burned at the stake alive. The Tower Of London is synonymous with imprisonment and cruel torture. Modern excavations have revealed plague pits and mass burials near the property. It's the home of the Crown Jewels Of The United Kingdom, which Colonel Thomas Blood infamously tried unsuccessfully to steal in 1671 but more than anything, renowned for its unsurprising number of ghost sightings considering the brutality and suffering that has occurred there. The ghost of Anne Boleyn who was beheaded in 1536 for treason against Henry VII allegedly haunts both the White Tower (carrying her head under her arm) and the chapel of St. Peter ad Vincula where her body is buried. Other ghost sightings at the Tower Of London include Margaret Pole, Countess of Salisbury, King Henry VI and Lady Jane Grey, who reigned as Queen Of England for nine days before being ousted by the much feared Queen Mary I Of England, who earned the nickname "Bloody Mary". Perhaps even more famous than Anne Boleyn's ghost are the purported ghost sightings of Edward V of England and Richard of Shrewsbury, Duke of York, the two young brothers who mysteriously disappeared in 1843 while living in the Tower. In 1674, the skeletons of two boys were found buried ten feet under a staircase in the White Tower and an examination in 1933 confirmed the skeletons corresponded with the ages of the princes at the time of their disappearance. It is widely believed the boys were murdered and many have suggested that Richard III was responsible, even though both boys had been eliminated from the royal succession. Their ghosts have reportedly appeared as two small figures gliding down the stairs of the Bloody Tower, still in the white night shirts they would have worn when they were killed in their sleep. As early as the fifteenth century, there have also been sightings of the boys playing on battlements and around the grounds as well as of children's laughter. A look at another famous ghost sighting at the Tower Of London takes us right back to the moat, the very site of the Tower Of London's skating rink in present day. 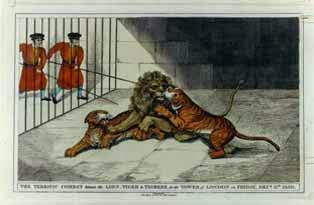 In January of 1816, a sentry on guard outside of the Jewel House reportedly witnessed the ghost of a bear approaching towards him and apparently died of fright a few days later according to Christina Hole's 1951 book "Haunted England: A Survey Of English Ghost-Lore". A ghost bear? Well, if you look at the history of The Tower Of London and the moat... it's certainly possible. In the early 1200's, The Royal Menagerie was founded at The Tower by King John to house exotic animals given as gifts from dignitaries around the world to England. Elephants, tigers, kangaroos, polar bears, ostriches, alligators, anacondas, baboons and lions were among the many animals who basically had free reign of the property. This went on for centuries until several attacks on visitors to the property prompted the royals to send the remaining animals to the London Zoo in Regent's Park in 1832. A 2010 Daily Mail UK article by Julia Stuart talks about some of these animal attacks: "In 1686 a lion mauled Mary Jenkinson, a Norfolk maid living with the lion keeper. It was decided to amputate her arm in order to save her life, but she died a few hours later. In the 18th century a baboon being shipped to the Tower hurled a 9lb cannon shot at a boy-sailor and killed him. A report in 1830 told how a leopard had attacked a man employed to remove bones and waste from the menagerie's exercise yard. Two under-keepers heard his horrified screams and came to his rescue. And then there was a seemingly ungrateful serpent, which wrapped itself around Alfred Cops's neck while he was feeding a bird to a boa constrictor in a bid to entertain tourists. Indeed, it may well have been two final unfortunate incidents - in which a wolf escaped from the Tower, followed shortly by a monkey biting a soldier's leg - which finally led to the closure of the Tower menagerie."

Now what does this have to do with the skating rink? In 1843, the moat where the skating rink is was drained and filled but in the 1930's, a major excavation on the site where the moat once was found remains of many exotic animals buried where the skating rink stands today - including leopards and medieval Barbary lions dating back to the 1200's. A 2008 article in The Londonist by Lindsey Clarke explained that "the menagerie was maintained as a symbol of the King’s wealth, power and influence and used to entertain courtiers and scare the pants off traitors and enemies. Unfortunately, this meant that the noble North African lions were kept in ignoble conditions, with scarce enough room to wiggle, let along swing their glorious regal manes, their equivalent of the peacock’s tail, used to get the lionesses hot. Although, no evidence of lady lions has been unearthed so no wonder they’re extinct now." Although these lions were especially prized as living symbols of Britain's coat of arms, a 2005 BBC article "Big Cats Prowled London's Tower" explained that "despite their royal status, the cats were not treated with ceremony when they died, instead being dumped - unskinned - in the Tower's moat". So with all of this now known, is it really as shocking as you'd think that a sentry guard would perhaps see an apparition of an advancing bear?

One has to wonder if Anne Boleyn, this deposed queen consort who met her untimely end at the hands of an expert swordsman brought in from France especially to execute her has any plans to take up something more lively than wandering around The White Tower carrying her head. Perhaps, just perhaps she will trade in her sorrow for Salchows and take to spending her afterlife haunting the skating rink built on the very spot that all of these animals from The Royal Menagerie were found, perhaps with a Barbary lion in tow. We already have a camel spin? Why not a Barbary lion one? If you do happen to see her spiralling down the ice should you visit, I would stay out of her way. At The Tower Of London, heads tend to roll.

In order for this blog to reach a wider audience, I could sure use a little help. All you have to do is "LIKE" the blog's Facebook page at http://www.facebook.com/SkateGuard for instant access to all of the new blog articles, features and interviews as they are made available. I also share daily updates and headlines from the skating world, videos and much more that's not here on the blog, so if you love figure skating as much I do, it would really be rude not to get on that inside edge! You can also follow all of the fun along on Twitter at http://twitter.com/SkateGuardBlog. If you know someone who loves skating, tell them! It's all about getting a dialogue going on!
Posted by Skate Guard Blog at October 18, 2014
Email ThisBlogThis!Share to TwitterShare to FacebookShare to Pinterest
Newer Post Older Post Home