Getting Up And Saying No (Part 3) 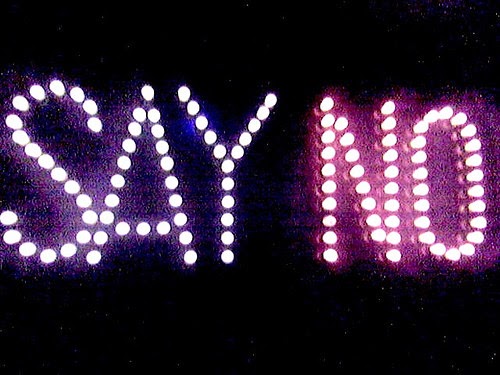 In my life, jet setting around the globe to attend figure skating competitions is a luxury I simply can't afford. The same can be said for finding the time to watch many figure skating events live. It simply doesn't usually get to happen. I have a busy job, an active social life and make time every day to put 'pen to paper' so to speak and keep this blog going. I was actually on the road when the men's free skate at the Cup Of China was going on and after taking an hour or two when I arrived to catch up on the performances I'd missed and finish writing my blog on the event, I don't think I'd really had time to let my opinion on the whole event develop fully. The more I thought about the collision between Yuzuru Hanyu and Han Yan... and the fact that both of them went out and skated afterwards the worse my gut feeling about the whole thing was. Were the skaters best interests and safety really taken into consideration? By accounts both men had passed out... and watching Hanyu's performance frankly made me uncomfortable.

I thought of my friend Allison Scott. She's not only a great supporter of skating and a fellow blogger, but she's also Jeremy Abbott's mother. She'd been in the rink when her son literally hit the boards running at the Sochi Olympics, got up and fought through the injury and finished his program while he bled under his costume. I remembered a phone conversation I'd had with one high profile coach who I respect who had told me that had she been Jeremy's coach, she'd have been yelling that he "get up!" When I wrote "Getting Up And Saying No", a two part article that talked not only about Jeremy's short program in Sochi but also the bullying that goes on anonymously and not so anonymously in skating, I'd had chance to talk to Allison at length about her feelings as she sat and watched the scene unfold helplessly. I wondered what Allison thought yesterday as she watched the quite frankly shocking events unfold in Shanghai unfold.

Allison revealed "I had a difficult day yesterday reconciling everything that happened at Cup Of China with my emotions about Sochi. It all came to a head when I was at the U.S. Olympic Training Center yesterday and watched Jeremy's fall on video for the first time while I was standing in line at the Team Store purchasing him two more pair of the USA flag gloves. I was watching the video that was being streamed about Sochi on three TVs above the shelving. I knew that Jeremy was used as a pivotal turning point from those who tried and failed and those who triumphed. I saw Shaun White come up on the screen. I had been told Jeremy was shortly after that. I kept saying to my Mom 'Look up, Mom. They're going to show Jeremy.' The lady at the counter was trying to complete my sale. She said, 'Is that all you need?' I said, 'Wait, they're about to show my son.' She looked up in time to see Jeremy's horrific crash. The three of us stood there watching as he got up and kept going. The salesperson said, 'That's YOUR son? He got up and skated after that?' I HONESTLY had never watched the video. I lived it. I didn't see a need to live it again. But in that moment, standing at the OTC, I realized what an impact that singular event had on my life. I couldn't talk. I choked back tears, paid my bill and left. Last night, people were saying to me online that when the crash happened they thought of me. Our situation was totally different. Jeremy had already started his program. He had a bad fall; he collided with  the boards, not with another skater . He did NOT hit his head on the ice; he wracked his body. His coach tried to open the doors to get him off the ice but couldn't. He stood up and HE chose to continue. The hours after that, Jeremy was closely monitored by his coaches, the team doctors and the Federation. He practiced very carefully; he was taped and treated. It was determined by the doctors, by his coaches and by him that he would only do what he felt he could do. His body was bruised, but his head was clear and in tact. This was not the same situation... but in watching that clip of my son hit the boards at Sochi, I thought about the mothers of Hanyu and Yan seeing their sons laying on the ice, one reportedly unconscious for a few moments. Both boys were bleeding and dazed. I cannot put myself in their mindset, or that of the officials, Federations or coaches who allowed them to continue with the possibility of concussions, or worse. Everyone has to live with their own consciences on that. I cannot judge. All I know is that, for those moments when those skaters were prone on the ice, not moving, those mothers - and all mothers who have watched their children instantly turn from top athletes to crumbled children in one, defining moment - felt like I did: Helpless and scared. Scared not for the careers that took so long to nurture, but for the safety of a life they brought into the world. As parents of athletes, we put our trust in so many people to take care of the most important asset we have in life, our children. We look to them for guidance and for making decisions that will not only allow our children to grow and thrive, and succeed, but also to protect them when we cannot. When that trust is questioned, it makes us, as parents, question our decisions, too. I can only hope and pray that Hanyu and Yan do not suffer any long term problems. I hope the mothers got to throw their arms around their sons, hug them and cradle them, even for a brief moment. It is every mother's nightmare to have something like this happen. My heart goes out to them because, like me, at some point they will be in a place where that scene is played out a year or so from now. They will be caught in a wave of emotion unlike any they are experiencing right now. They can't prepare for it; it will just happen. All they can do is know they did what they could and told their sons they love them."

We can't and don't know what really happened yesterday. As spectators, so many people have had so many contrasting and differing views on what they saw. Russian commentators apparently lauded both skater's heroism for skating under the circumstances. Fans were divided and conflicted at the same time, some focusing on their respect for the skater's choice to bravely continue while others were horrified and disgusted that either skater was allowed to skate. Many were and are of two minds. People have pointed fingers at Yuzuru Hanyu's Brian Orser, at Han Yan's coach Shuguang Jia, at both the Chinese and Japanese Federations, the medical staff, the International Skating Union and at ISU President Ottavio Cinquanta himself. Just like when any preventable disaster in the world happens, people want to have that person they can pinpoint and say "it was him! Let's get him!" Without really knowing what happened, we can only hold on to our concern for the well being and safety of both skaters... and skaters everywhere. Olympic Silver Medallist Liz Manley, who I recently interviewed, said it better than most I think: "True courage today (Yuzuru)... Get better soon... My heart broke for you today but I stand up and applaud the courage you showed!" Whether it was unsafe or just plain ridiculous that both these young men got out there and continued, it is a thing that indeed happened and both did show unbelievable courage. Should it have happened? No.

"Under rule 104 paragraph 17 and also under the explicit article 11 of the GP Announcement an injury or illness must be evidenced by a certificate issued by a Medical Doctor and confirmed by the respective Member and/or the ISU Medical Advisor. Of course, in such a case the opinion and advice of the ISU Medical Advisor must be followed. If the injury requires, in the opinion of the Medical Advisor a rest from competitions and exhibitions (or sometimes even from practice), then the skater can not skate in exhibitions or other competitions." This quote came from an ISU circular letter issued in November 2004. It related to another issue entirely but WAS a communique from the ISU signed by Cinquanta. Certainly gives pause to think.

I think the lesson to be learned here is that it is the responsibility of all parties concerned to always have the best interests and safety of skaters at heart at all times. Allison summed it up best when she told me that the answer is to "set parameters and don't allow this to happen again - EVER! Traumatic head injuries need to be taken seriously. No one should say to a skater, 'It's going to hurt more tomorrow.' Let's pray there is a tomorrow and do everything in our power to make sure there is." Let us take the events of yesterday and collectively learn something here... and remain incensed to use our voices to really talk about the issues facing figure skating... whether they be bullying, sketchy judging or safety. What happened was not right and not okay but should well serve as a lesson and a definitive moment in the ISU creating and enforcing clear guidelines about skater safety and intervention. The ISU has put the sport in such a state by creating the IJS judging system that fans have been reduced to watching 3 AM internet streams in order to support it... and when it takes a judging scandal or bloodied, injured skaters for the sport to gain media attention, there's something fundamentally wrong going on.

If you enjoyed reading, the best advice I can give you is to take just a moment of your time and click through to this blog's Facebook page at http://www.facebook.com/SkateGuard and "like it" - you'll end up with daily figure skating news, videos and interesting articles right in your Facebook news feed, as well as new content and interviews on this blog as they happen. I'm also just in love with the tTwitter - it's so fun! You can also tweet me at http://twitter.com/SkateGuardBlog anytime you feel like talking about skating... that's what I'm here for!
Posted by Skate Guard Blog at November 09, 2014
Email ThisBlogThis!Share to TwitterShare to FacebookShare to Pinterest
Newer Post Older Post Home