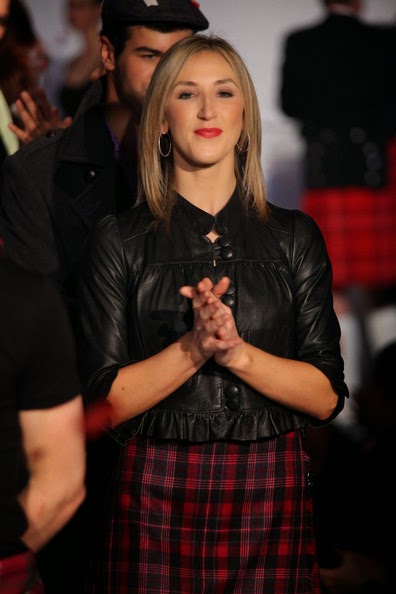 If you don't think Scottish ice dancers Sinead and John Kerr are one of the most underrated ice dance teams of life, then we simply can't be friends. Sorry bout it! The story of the Scottish brother/sister ice dance team that made to the Olympic Games while training on public sessions due to a lack of funding is nothing short of awe inspiring. In an 2011 article with The Independent, Sinead explained that "when we trained for the 2006 Olympics, we'd often have to do it during a public session. Our coach would go around saying 'Move to the sides please. They're going to the Olympics.' The best way to avoid paying for ice time, and we couldn't afford to pay, was to ask politely if people would let us past." Determination paid off for the pair. In addition to two Scottish and seven British titles, the duo from Edinburgh won two European bronze medals, competed at seven World Championships (placing as high as fifth in 2010) and placed in the top ten at both the Torino and Vancouver Winter Olympics. They even appeared on the television show Glee! Please note that SINCE this interview Sinead and John have been announced as part of this year's U.S. Stars On Ice cast, which I think is just wonderful. It was my absolute pleasure to talk at length with Sinead about her and John's competitive career, her stint on Battle Of The Blades, touring with Stars On Ice and much more in this interview I am simply thrilled to have had chance to do: 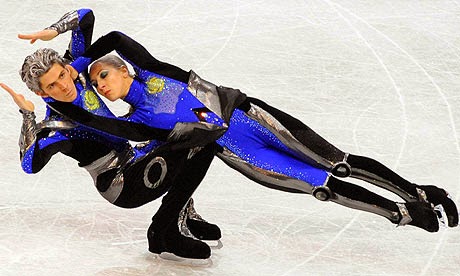 Q: You competed in two Olympics, seven World Championships and eight European Championships, in addition to winning two Scottish and seven British titles. Of all of your competitions and programs you skated during your eligible career, what were your favourite moments?

A: Two moments always stand out in my mind as favourites in my career. The first competition we really broke on to the international scene was the European Championships in Budapest in 2004. We skated to "The Matrix" and when we finished got such an amazing audience response! It felt amazing to be not only skating in a major championship - our first - but also to have the crowd behind us in that way. My favourite program was our free dance from the 2008/2009 season - "Ruled By Secrecy" from Muse. When we skated for the bronze medal in Europeans in 2009 it was our best performance because we felt so "in the moment" and that the crowd and judges weren't even there. We felt a lot of pressure going into that skate but were able to leave it behind for the performance which felt great.


Q: My sister and I both skated and really bonded spending so much time together on the ice. Do you think your relationship would be the same had you not gone on this journey?

A: I think John and I definitely developed more of a bond skating together than we would have if not. It really helped us that we didn't actually skate together until we were aged nineteen (John) and twenty one. It meant we were more mature and knew who we were and what we wanted.  Ultimately we both loved skating and wanted to succeed at it. 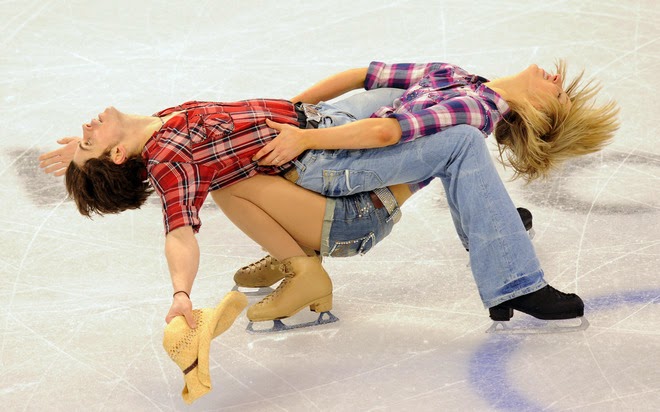 Q: What are your plans for this year? Will you be back with Stars On Ice and the Ice Theatre Of New York? What does the future hold?

A: Our future will always be with skating as it's our passion and has given us so much. We love skating now in shows and will continue working with Ice Theatre of New York over the winter, though not their fall tour. We haven't heard yet about Stars On Ice but of course would love to skate in it again if we got the chance! We are also lined up for a TV special with all dance teams (headlined by Meryl and Charlie) and a cast from Dancing With The Stars. However, we are now starting to transition towards coaching a bit more too and for the first time have gone our separate ways. John is working in Miami with John Zimmerman and his pairs teams and also his new dance team who represent Kazakhstan. I am mainly interested in choreography and would love to develop along the lines of Jeffrey Buttle and Shae-Lynn Bourne. Working with Jeff as Assistant Choreographer on Stars On Ice this year was a great experience and I hope to do more work like that.

Q: Did you ever dream that you'd be touring with Stars On Ice and what have been your favourite experiences and cities you've visited while on tour with them?

A: When we were younger and training in Scotland, we would only hear of Stars On Ice and its cast, show numbers and glamorous tour! It seemed a too amazing and faraway thing for us to ever be a part of so it definitely was a dream come true to actually skate in it. The whole cast and crew was super friendly and we did really feel the Stars On Ice Family vibe! Traveling the Canadian tour was especially fun as we were together the whole time for a month. The U.S. tour was slightly different as we would get together every weekend for a couple of shows then break up again. The rehearsal time in Lake Placid from December 26th-30th was the most fun for me as it's a beautiful place - especially at that time of year - and everyone is excited to learn the new show and group numbers! 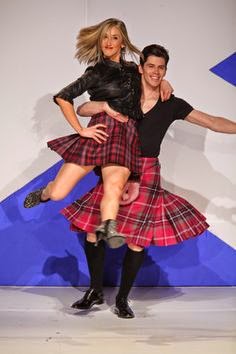 Q: I saw you skate live for the first time at Stars On Ice here in Halifax last year. Nova Scotia (New Scotland) obviously has a lot of love for Scottish music and culture - it's a big part of who we are here. When you did your Scottish number it brought down the house! Where did you guys come up with your "Coronach" program and how much fun is it to skate?

A: Skating our Scottish routine in Halifax was as much fun as if we were dancing at a big party! It felt like the audience wanted to join in too which is exactly the feeling we were looking for. We have always been super proud of our Scottish heritage and know that you can't really go wrong with a man in a kilt! Also, we are friends with the band who wrote and performed "Coronach" so it feels close to us. When the music starts on that program, I always smile and think of my home in Edinburgh. It makes me feel happy and that comes across to the audience. 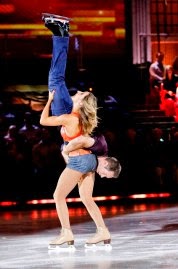 Q: You were just fantastic on Battle Of The Blades! What was the biggest learning curve taking on the challenge of skating with Grant Marshall, a hockey player?

A: It was a great challenge taking on a hockey player in Battle Of The Blades and turning him in to a figure skater. However, Grant and all the other guys respected us and our sport so much and worked so hard that it was a lot of fun every day and the improvement rate was phenomenal. I was really lucky to be partnered with Grant in two ways. First, because I knew from the start that I could turn him into a dancer rather than a pair skater. He had soft knees, great edges (and spreads!) and could really show character on the ice. I also was lucky in that our personalities fit perfectly so we got on really well both on and off the ice right from day one.

Q: If you were backpacking through Europe and could only bring one book, one CD and one movie, what would they be and why?

A: If I was backpacking and could only bring one book, one CD and one movie they would be: book... "Neither Here Nor There - Travels in Europe" by Bill Bryson. It's a super funny travel book so would be both amusing and informative! CD... Jack Johnson's "In Between Dreams" as it's very easy going! Movie.... "Sunshine On Leith" - it's an awesome little movie set in Edinburgh to the soundtrack of The Proclaimers and totally reminds me of home!


Q: Who are your favourite ice dance teams of all time? Of today's top teams?

A: My favourite ice dance team of all time was Isabelle and Paul Duchesnay. Also Torvill and Dean had some of the most creative show numbers from their professional career! While we were competing, I admired (and was a bit intimidated by) Albena Denkova and Maxim Staviyski. Later of course, I loved Tessa Virtue and Scott Moir. It was so hard to compete against them and Meryl and Charlie as they really both were in a league of their own!

A: One thing about me most people don't know... I love walking and exploring so whenever I travel I will go out and walk everywhere, getting to know the town or city as well as possible! I know Manhattan really well now!


Did you love this interview with Sinead as much I did? Well, don't just stand there, let's get to it. Click that "LIKE", there's nothing to it! "LIKE" the blog's Facebook page at http://www.facebook.com/SkateGuard for instant access to all of the new blog articles, features and interviews as they are made available. I also share daily updates and headlines from the skating world, videos and much more that's not here on the blog, so if you love figure skating as much I do, it would really be rude not to get on that inside edge! You can also follow all of the fun along on Twitter at http://twitter.com/SkateGuardBlog. If you know someone who loves skating, tell them about the blog!
Posted by Skate Guard Blog at November 13, 2014
Email ThisBlogThis!Share to TwitterShare to FacebookShare to Pinterest
Newer Post Older Post Home