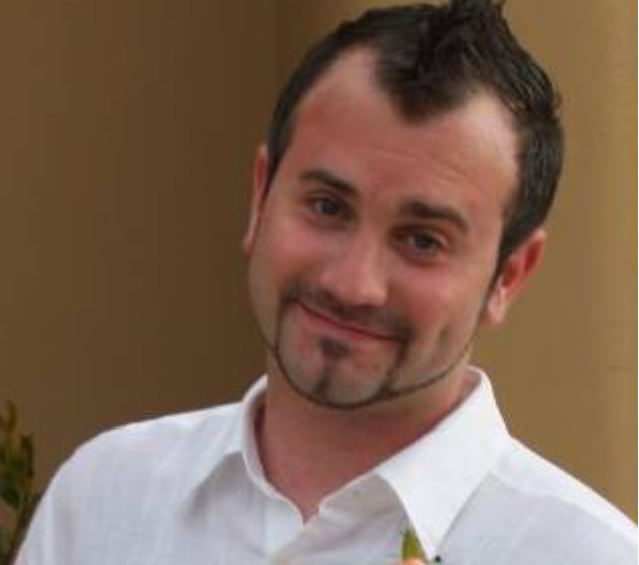 1994 wasn't just the year of Lillehammer, of Tonya and Nancy and Oksana and Nancy or of the fabulous 'oversatuation' of skating on television I'd give anything to see back on my big screen. 1994 was the year of Jere Michael. The young skater from Colorado won both the U.S. junior title and the bronze medal at that year's World Junior Championships in Colorado Springs. Now one part of an unstoppable two part coaching duo in California with Alex Chang, Jere was kind enough to take the time to talk with me about his own competitive career, his coaching philosophy, favourite skaters and much more. Here's an interview you'll just love!:

Q: I want to start by talking about your competitive career. In 1994, you won the U.S. junior men's title and the bronze medal at the World Junior Championships. After moving into the senior ranks, you won the bronze medal at the 1997 Piruetten competition in Norway before retiring from competition following the 1999 U.S. Nationals. Looking back on it all now, what moments and performances stand out as the most special to you? Which were the most challenging?

A: My favourite moment and performance of my career would have to be my short program at the 1994 National Championships. The program itself is very personal to me because it was choreographed by my beloved coach Brian Wright, who has since passed away. I was so scared to depart from my comfort level and skate to classical music (Rachmaninoff’s Variations on a Theme of Paganini), but Brian convinced me and the result was a program that represented who I was at that moment in my career perfectly. My other favourite program was my 1997 short program, choreographed by Lori Nichol to a honky-tonk piece called "Funky Mama". I skated great at Nationals and the Nashville crowd (a very music-friendly town) went nuts! One of my most challenging moments happened during the 1996 U.S. Nationals. Right before Nationals my beloved coach, Christy Krall, had told me she was retiring and this would be our last Nationals together. I had a hard time with this because I adored her and probably focused too much on my uncertain coaching future when I was at that Nationals.

A: Of course! Seriously, it's an honor to even be in the same sentence with these two great athletes.

Q: You now coach with Alex Chang at Paramount Iceland and work with U.S. pewter medallist Courtney Hicks. Your other students have included Nix Phengsy, Amanda Gelb and Sophia Adams. What do you consider to be your coaching philosophy within the IJS system?

A: I would say my philosophy is honesty. My business partner and best friend, Alex Chang, taught me a great way to describe our combined philosophy – we teach our kids to have a positive relationship with both success AND failure. Ownership is also a big deal for me that I try to teach these kids. My job is to make sure I understand the rules fully and get my athletes to achieve their goals within the IJS system.

Q: One of the perks of both skating and coaching is the travel! Of all of the places you've visited over the years, what was your favourite? What's one place you've never visited that you've love to?

A: Junior Worlds in Australia was my favourite place as an athlete. Chinese Taipei is my favorite as a coach. I can't wait to go to Japan!

Q: Is performing something you miss and can you see yourself getting out there and taking center ice to perform in the future?

A: I had a great and long career. When I retired I was ready. I have no regrets and had great success. But no, I have no need to perform on the ice again.

A: Brian Boitano - his performance at 1988 Olympics showed me what I really wanted out of skating – freedom to be me! Jeri Campbell - she's a dear friend and skated from honesty and integrity. Michelle Kwan - her calm demeanor and amazing consistency.

A: I would have loved to be a highly successful DJ, where I would want to be main stage performing!

Q: What's the biggest lesson that your students have taught you?

A: Oh, so many things... but I think they remind me how much I love the sport of figure skating. There is nothing else in the world I'll ever want to do besides coach athletes on how to achieve their skating goals, and also help them along the bumpy ride that is growing up.

Please be sure to check the hundreds of other skater, choreographer and expert interviews already on Skate Guard! There's also a ton of historical writing to keep you busy for a while. "Like" this blog on Facebook at http://www.facebook.com/SkateGuard for all of the new interviews and writing as they get posted, pictures and news from the skating world and lots of great videos. You can also give me a follow on the Twitter at http://twitter.com/SkateGuardBlog. I love talking skating and would love to talk skating with you!
Posted by Skate Guard Blog at February 11, 2015
Email ThisBlogThis!Share to TwitterShare to FacebookShare to Pinterest
Newer Post Older Post Home