Patinage Poetry: The Language Of The Ice (Part Deux) 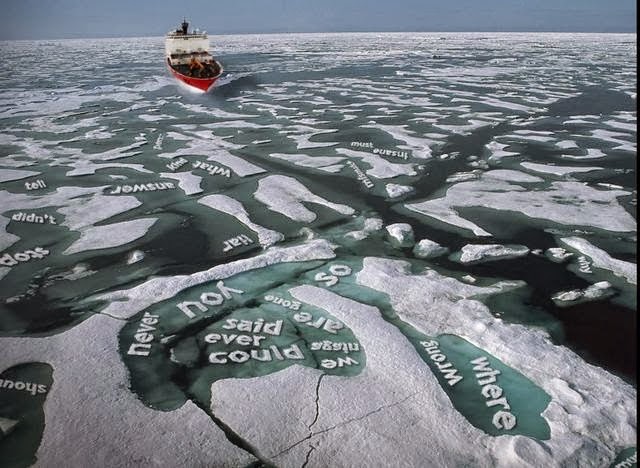 How doth I love skating? Let me count the ways... Just prior to the Sochi Olympics, I put together a collection of poetry about skating called Patinage Poetry: The Language Of The Ice. Most of these poems came from Edgar Syers' book "The Poetry Of Skating". The topic of poetry (which I just love) also recurred in Georg Heym: The Skating Prophet. One of my readers from Italy kindly provided me with a translation of  "Invernale" (Wintry) by Guido Gozzano, published for the first time in 1910. The location described in this poem is a skating pond at Parco del Valentino (Valentino Park) in Turin, Italy and my lovely translator noted its "belle époque feel, despite its darker undertones, that remind me a bit of the Regent Park's Skating Tragedy you described on your blog". They also suggested that I do a second edition of "Patinage Poetry". After reading this poem, I was raring for Part Deux. Starting with the translation of Gozzano's poem, here's another collection of skating related poetry that you're going to just love:

"..cre...ee..ee..ee...ak..."
the rift, harsh and vital,
arabesqued the ice.
"Ashore!" Everybody reached the shore
fleeing the unsound crust.
"Ashore! Ashore!..." A blast of fear
dispersed the fugitive brigade.

"Stay!" She clutched my arm,
she entwined her fingers, vital ties,
to my fingers. "Stay, if you love me!"
And on that slippery, deserted mirror
we stayed alone, in a wide free flight,
elated with infinity, deaf to their calls.

I shivered as if I were listening to
Death's shrill grin,
and I bent with pensive eyes,
and I saw our faces showing through,
already supine,livid, buried...
From the edge the ice creaked – louder...

Oh! How, clutched at those fingers,
how I missed the world and my sweet life!
Oh, imperious voice of my instinct!
Oh, infinite joy of living!
I freed my fingers from those fingers,
and I reached the shore, gasping, defeated...

She stayed alone, deaf to her name,
turning at length in her lonely kingdom.
Eventually, she felt like coming back to earth:
she landed, laughing, her hair undone,
beautiful, brave, palpitating, as
a storm petrel folding its wings.

Indifferent to the worry and the rebukes
of the colourful feminine crowd,
she pursued me, she reached me
among my friends, smiling graciously:
"My dear sir, thank you!" And she shook
my hand briefly, sibilating: "Coward!"

The skater lightly laughs and glides,
Unknowing that, beneath the ice
Whereon he carves his fair device,
A stiflened corpse in silence slides.

It glareth upward at his play;
Its rigid, ashy fingers steal
Beneath his gaily flying heel;
It floats along and floats away.

He has not seen its horror pass;
His heart is blithe; the village hears
His distant laughter; he careers
In festive waltz athwart the glass.

We are the skaters, we who skim
The glare of life's enchanted flood,
And drive with gladness in the blood
A daring dance from brim to brim.

Our feet are swift, our faces burn,
Our hopes aspire like soaring birds;
The world takes courage from our words
And sees the golden time return.

But ever near us, silent, cold,
Are those who bounded from the bank
With eager hearts, like us, and sank
Because their feet were overbold.

They sank through breathing-holes of vice,
Through luring sheens of unbelief;
They know not their despair and grief;
Their hearts and minds are turned to ice.

My legs are shaking as I step
Onto a frozen lake
In skates that are not my own.

He grabs my hands
and whirls me in a wide circle
I scream and beg for him to stop.

He leaves me for a while
to wobble slowly
on my own.

At an alarming rate.

With tears in my eyes
I beg him to stop.

I know I am being jettisoned
Towards my death.

She wears the shortest skirts,
And shows the whitest frilling;
She looks, as Queen of Flirts,
Miraculously killing!
She'll skim the thinnest ice,
As light as Queen Camilla;
She looks supremely nice—
My little pet Chinchilla!

Oh, should the gracious fates
But deign to be propitious,
I strap her fairy skates
On furry boots delicious;
Her willing hand I take,
In spite of Aunt Priscilla,
Then speed I o'er the lake
With little love Chinchilla!

The sleekest otter cuffs,
The rosiest of real skin,
The sablle-est of muffs,
The softest gloves of seal-skin,
The quaintest hose with "clocks,"
A "cloud" like a mantilla,
The velvetest of frocks—
Wears little sweet Chinchilla!

The warmth of her regard
I take as sort of token;
Although 'tis freezing hard.
Our social ice is broken!
Coquettish in her furs,
She minds not my Manilla;
Ah! what a glance is hers,
My little dear Chinchilla!

She'll figure, glide, and twirl,
And worry the officials;
She'll cut out ev'ry girl
As easy as initials!
Oh, I could skate for miles,
Or dance a seguidilla,
Cheered by the sunny smiles
Of little smart Chinchilla!

Had I enough a year
To find my sweet in sable;
To wrap my dainty dear
In ermine were I able;
Had I a longer purse,
A neat suburban villa—
For better or for worse

I'd take my pet Chinchilla!

My glad feet shod with the glittering steel
I was the god of the wingèd heel.

The hills in the far white sky were lost;
The world lay still in the wide white frost;

And the woods hung hushed in their long white dream
By the ghostly, glimmering, ice-blue stream.

To the far-off palaces, drifted deep,
Where Winter's retinue rests in sleep.

I followed the lure, I fled like a bird,
Till the startled hollows awoke and heard

A spinning whisper, a sibilant twang,
As the stroke of the steel on the tense ice rang;

And the wandering wind was left behind
As faster, faster I followed my mind;

Till the blood sang high in my eager brain,
And the joy of my flight was almost pain.

The I stayed the rush of my eager speed
And silently went as a drifting seed, --

Slowly, furtively, till my eyes
Grew big with the awe of a dim surmise,

And the hair of my neck began to creep
At hearing the wilderness talk in sleep.

Shapes in the fir-gloom drifted near.
In the deep of my heart I heard my fear.

And I turned and fled, like a soul pursued,
From the white, inviolate solitude.

It is midnight in the ice rink
And all is cool and still.
Darkness seems to hold its breath
Nothing moves, until

Out of the kitchen, one by one,
The cutlery comes creeping,
Quiet as mice to the brink of the ice
While all the world is sleeping.

Then suddenly, a serving-spoon
Switches on the light,
And the silver swoops upon the ice
Screaming with delight.

The knives are high-speed skaters
Round and round they race,
Blades hissing, sissing,
Whizzing at a dizzy pace.

Forks twirl like dancers
Pirouetting on the spot.
Teaspoons (who take no chances)
Hold hands and giggle a lot.

All night long the fun goes on
Until the sun, their friend,
Gives the warning signal
That all good things must end.

So they slink back to the darkness
of the kitchen cutlery-drawer
And steel themselves to wait
Until it's time to skate once more.

At eight the canteen ladies
Breeze in as good as gold
To lay the tables and wonder
Why the cutlery is so cold.

A great wind lifted these cardboard panels
Horizontal in the air. At once the perspective with the horse
Disappeared in a bigarrure of squiggly lines. The image with the crocodile in it became no longer apparent.
Thus a great wind cleanses, as a new ruler
Edits new laws, sweeping the very breath of the streets
Into posterior trash. The films have changed-
The great titles on the scalloped awning have turned dry and blight-colored.
No wind that does not penetrate a man's house, into the very bowels of the furnace,
Scratching in dust a name on the mirror-say, and what about letters,
The dried grasses, fruits of the winter-gosh! Everything is trash!
The wind points to the advantages of decay
At the same time as removing them far from the sight of men.
The regent of the winds, Aeolus, is a symbol for all earthly potentates
Since holding this sickening, festering process by which we are cleansed
Of afterthought.
A girl slowly descended the line of steps.

The wind and treason are partners, turning secrets over to the military police.

Lengthening arches. The intensity of minor acts. As skaters elaborate their distances,
Taking a separate line to its end. Returning to the mass, they join each other
Blotted in an incredible mess of dark colors, and again reappearing to take the theme
Some little distance, like fishing boats developing from the land different parabolas,
Taking the exquisite theme far, into farness, to Land's End, to the ends of the earth!

But the livery of the year, the changing air
Bring each to fulfillment. Leaving phrases unfinished,
Gestures half-sketched against woodsmoke. The abundant sap
Oozes in girls' throats, the sticky words, half-uttered, unwished for,
A blanket disbelief, quickly supplanted by idle questions that fade in turn.
Slowly the mood turns to look at itself as some urchin
Forgotten by the roadside. New schemes are got up, new taxes,
Earthworks. And the hours becomes light again.
Girls wake up in it.

It is best to remain indoors. Because there is error
In so much precision. As flames are fanned, wishful thinking arises
Bearing its own prophets, its pointed ignoring. And just as a desire
Settles down at the end of a long spring day, over heather and watered shoot and dried rush field,
So error is plaited into desires not yet born.

Time for a note about John Ashbery's "The Skaters"! I chose this particular excerpt for its lush imagery. "The Skaters" is actually a seven hundred and thirty nine line poem written over the course of two years by Ashbery so for brevity's sake I didn't dream of including the poem in its entirety. There was another poem that I actually had in the back of my head when I was compiling the first collection of Patinage Poetry that I chose not to include here but to devote an entire other blog to, because I really wanted to break down and talk about it. So, poetry fans - we're not done yet! That one will be coming soon. If poetry isn't really usually your thing, I hope this little collection might have changed your mind a little.

If you enjoyed this piece, the best advice I can give you is to take just a moment of your time and click through to this blog's Facebook page at http://www.facebook.com/SkateGuard and "like it" - you'll end up with daily figure skating news, videos and interesting articles right in your Facebook news feed, as well as new content and interviews on this blog as they happen. I'm also just in love with the Twitter - it's so fun! You can tweet me at http://twitter.com/SkateGuardBlog anytime you feel like talking about skating.
Posted by Skate Guard Blog at March 21, 2015
Email ThisBlogThis!Share to TwitterShare to FacebookShare to Pinterest
Newer Post Older Post Home