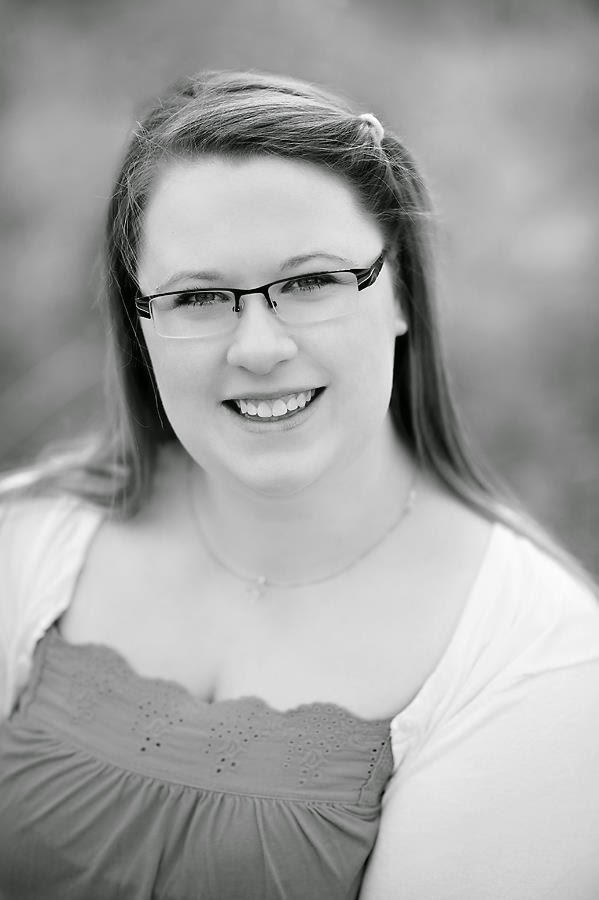 Aside from the odd say something selfie, I can't say I have much experience in the photography business. That's actually putting it mildly. In honesty, I pretty much can't snap a good picture to save my life. That's probably why I'm even more in awe of the brave souls that spend hours upon hours in cold ice rinks with camera in hand taking beautiful pictures of skaters. Danielle Earl from Waterloo, Ontario is quickly making quite the name for herself for doing just that. It was my absolute pleasure to have chance to talk to his new kid on the skating photography block about why she does what she does, her background in figure skating and so, so much more in what is actually the first interview with a skating photographer I've had here on the blog. I think you're going to love reading!:

Q: Believe it or not, but you're the first photographer that I've interviewed on the blog. No pressure or anything. First questions first, what first drew you the art of photography?

A: I'm flattered that I;m the first one! No pressure, eh? Originally, what drew me to photography was trying to help out a friend, but after I continued for a while it ended up being the challenge of freezing the perfect moment in time though my go-to answer is that I just really like pushing buttons and taking pictures means I get to make my living pushing a button; BEST JOB EVER! Now, I find it is less about the technical aspect of photography (because really, it's pretty much just dealing with varying degrees of crappy lighting) and more about the connections I make with the skaters and their families and the memories that I am able to capture. It can be about celebrating the great moments and finding the positive in the not so great moments. Maybe I just like to have the ability to freeze time.

Q: What can you share about your own background in skating? Were you a skater yourself and how did you get started in the figure skating photography business?

A: I skated from age four to eighteen with very little success. I was in the STARSkate stream but rarely competed and never really got a consistent axel or double jumps, though I like to think that I may have landed a couple of double toes at some point. I basically skated for fun and exercise and the social aspect of it all. I ended up quitting because I had a weird freak fall at an ice show rehearsal when I was about sixteen and I ended up seriously injuring my tailbone, which caused (and still causes) me severe back pain. Naturally, since I wasn't really able to skate much, I transitioned into the photography side fairly easily. I have taken photos of skating since I was fourteen. I started out taking a photo of my friend's pair tryout for her Mom to put on Facebook and was immediately hooked. I used every opportunity that I could to get to the rink and practice taking photos, mostly Saturday night pairs sessions at the Kitchener/Waterloo Skating Club. I still try to get to the rink to watch and photograph when I have a free weekend. The Western Ontario Section sponsor photographer hired me when I was fourteen and I worked for him for about five years, which was when I decided that I was going to commit myself full time to building a business. Here I am, just chugging along and hoping for the best! 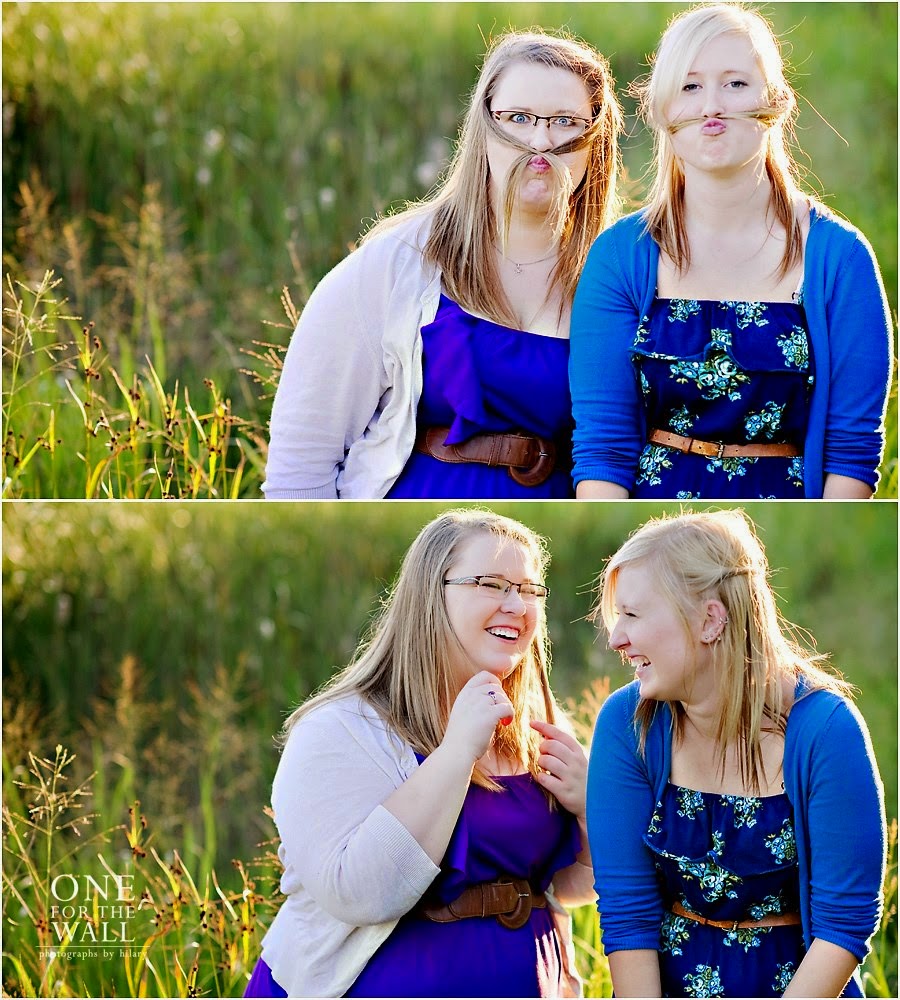 Q: What have been the most rewarding and in contrast frustrating parts of what you do?

A: Oh man. The most rewarding…. Easy. The people. All of the wonderful skaters and parents and people that I've met over the past few years have made this so, so worthwhile. It's not easy to spend fourteen plus hours a day standing rinkside with hardly any breaks but when I see people's reactions to my photos, the hard stuff becomes less hard. I've seen many a parent cry with pride over photos that I've taken of their child. The ability to give that gift to someone is incomparable. Also, on a purely selfish note, I always just feel so privileged to be able to capture the culmination of all the hard work and dedication skaters put into this sport. I am forever in awe of what skaters of all levels can do and I'll never get over how lucky I am to be trusted to capture that talent, work ethic and drive in a photo that lasts forever. The most frustrating part of what I do is trying to educate people on photo etiquette. By that, I mean trying to educate people that what I do and what other photographers do is a commodity and that, as hard as it may be to understand, taking my images for free is not okay. That's the most frustrating part because I never want to offend someone and call him or her out for taking a photo without paying for it, but at the same time I need to stand up for myself and say "Hey! This is how I make a living and the more photos you steal, the less I'm going to be able to afford to travel to competitions and photograph you in the future." It’s a bit of a struggle for me at the moment.

Q: You've obviously had chance to meet a who's who of Canadian figure skating through the work you do. What is the funniest experience you've had with a skater?

A: This is actually such a hard question! I can’t pinpoint a specific experience that has been the most hilarious. I have great moments all the time with skaters and I feel like to pick one out of the crowd would be belittling all the other funny moments I've had with other people.

Q: Where you are not only taking great pictures of skating but also in turn watching a hell of a lot of it, you've obviously got an opinion like me, Tom, Dick Button, Harry and everyone else. What direction do you think the sport needs to go in to ultimately get more bodies in those seats at competitions again?

A: I think that it comes down to the skaters being more accessible, but in a positive way. When I edit photos I watch a lot of YouTube so that I can stay focused on the task at hand. I suspect this is a product of the technology era I was born in, but it works for me! One of the YouTube channels I watch is the Broadway.com channel and they have top Broadway stars doing weekly vlogs to show the behind the scenes of their show and the theatre and the people they work with to make the shows so amazing. To me, this bring a whole new level of accessibility to the stars and people end up getting invested in their lives, which in turn can make them want to see the show which equals more bums in seats. In skating times past, the atmosphere between competitors was not always civil, which provided drama and intrigue for the casual watcher. Who doesn't know the Nancy and Tonya story? Now, the skaters are all friends for the most part, so that drama and excitement is mostly gone. This is where something like what Broadway.com is doing with their vlogs would be really cool. It would be up to the athlete to get the footage and then they can send it to someone somewhere to get it edited and uploaded once a week to give people something to get invested in. The only thing people are currently investing in is the expensive tickets to see the skaters that they hardly know anything about other than their skating stats and the tiny glimpses they get on Twitter and Facebook. I think social media is very powerful and has the power to draw in a younger, broader audience if used appropriately. I also think that if ticket prices were a little lower then they would sell more as well, but of course that's usually based on the venue cost.

Q: Who are your three favourite figure skaters of all time and why?

A: My answer to this is always "the one I’m currently watching", which is completely true, but I do have a particular fondness for Tessa and Scott. There's something magical about them on the ice that I just can't explain. I'm also a big fan of Katia Gordeeva and Sergei Grinkov in pairs, Patrick Chan in men as well as Sasha Cohen and Joannie Rochette in women. That's definitely more than three but I honestly can’t pick!

A: I am probably one of the most shy, introverted people you will ever meet and I get very anxious and nervous when talking to people, so if I ever say something really dumb when speaking to you it's because I'm mentally freaking out. Also, I was a choir nerd in high school and I am obsessed with musicals. My sister and I have seen "Anne Of Green Gables" in Charlottetown ten times. I have a secret dream of being in a production one day. I'm currently obsessed with the soundtracks from "Matilda: The Musical" and Rodgers & Hammerstein's "Cinderella".

Q: What are the biggest lessons that both figure skating and photography have taught you in life?

A: The biggest lessons I have learned… definitely the power of hard work, practice, patience and perseverance even when things aren't going your way.

Want to check out Danielle's work? Visit her website at http://www.danielleearlphotography.com. I think you'll be quite impressed!

If you enjoyed this interview, the best advice I can give you is to take just a moment of your time and click through to this blog's Facebook page at http://www.facebook.com/SkateGuard and "like it" - you'll end up with daily figure skating news, videos and interesting articles right in your Facebook news feed, as well as new content and interviews on this blog as they happen. I'm also just in love with the Twitter - it's so fun! You can tweet me at http://twitter.com/SkateGuardBlog anytime you feel like talking about skating.
Posted by Skate Guard Blog at April 07, 2015
Email ThisBlogThis!Share to TwitterShare to FacebookShare to Pinterest
Newer Post Older Post Home