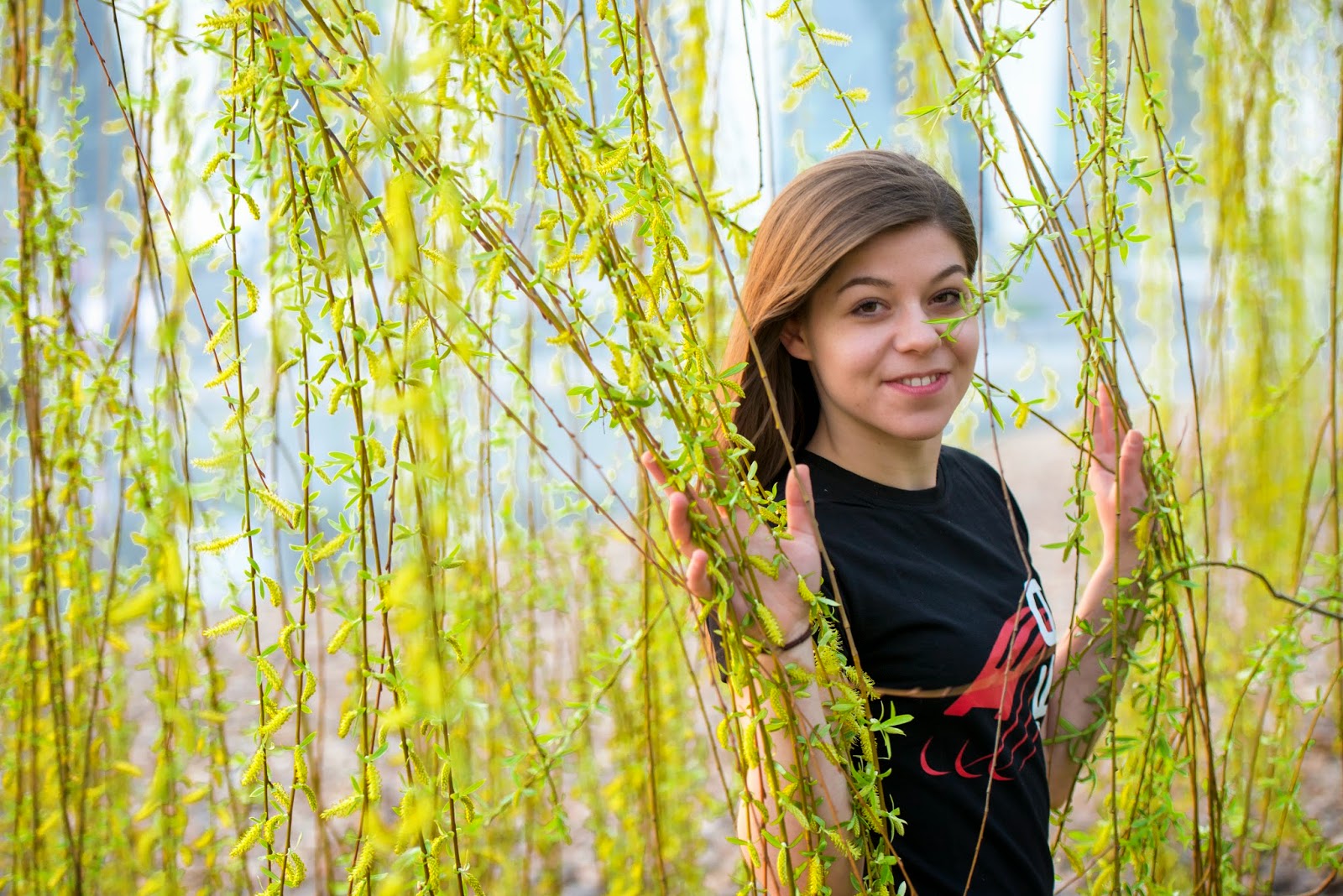 To say the experience of representing your country at the Olympics is a rare dream come true for most figure skaters is definitely the understatement of the year. To be able to do it more than once in more than one discipline is surely rarer. Austria's Miriam Ziegler is a member of that elite club, having competed at the 2010 Vancouver Games as a singles skater and the 2014 Sochi Games as a pairs skater. Miriam was gracious enough to open up at length with me about her journey, discussing everything from her transition from singles to pairs skating with her on and off ice partner Severin Kiefer, her goals for the upcoming season, favourite skaters and much more in this must read interview:

Q: You've had an incredibly accomplished career as both a singles skater and a pairs skater, competing in the ladies event in Vancouver and the pairs event in Sochi as well as at the European and World Championships, winning four Austrian titles (two in singles and two in pairs) and competing in countless international competitions. I want to start by talking about your singles career. What were your proudest moments and the most challenging ones?

A: One of my proudest moments was winning the European Youth Olympic Festival in 2011. I was the first Austrian skater to ever win that title, which was probably the highlight of my singles career. At the Youth Festival, I first experienced the Olympic spirit and I was able to perform two perfectly clean programs. I absolutely loved being a part of this inspiring competition and I was hungry for more. The following seasons were particularly difficult for me, especially during the 2010 Olympic season, I was struggling with my confidence and I had a hard time coping with the fierceness of my fellow national competitors for the Olympic spot. After being called up to the Olympic team, external pressure combined with the expectations I had for myself became a big obstacle which unfortunately ended up influencing my Olympic performance. I missed two major elements in my short program but was actually able to focus on the positive aspects of the experience. When I got back home, I realized that not everyone shared my positive outlook and I found myself being influenced by the pessimistic perception of my performance by some. I took a step back from skating for a couple of months and then slowly started to train again but the fun never came back and I seemed to have lost the light- hearted approach to my skating.

Q: How did you reach the decision to ultimately focus all of your decision on your pairs career with Severin?

A: Even though I competed again in the 2011/12 season I was pretty much done with skating. Jumps were frustrating me and skating just wasn't as much fun anymore. I failed to reach the level I was at two years before and after one season of skating, I decided to quit. A year later, Severin asked me to have a tryout with him. I hadn't skated for a year and I was not in shape at all but pair skating had always fascinated me. I had never had the chance to try it, so I said yes. After a couple of tryouts, I knew that pair skating was what I had been looking for. I loved having someone else on the ice with me. Learning the pair elements was not easy and I enjoyed being challenged. Pair skating was the only thing that could have convinced me to come back to skating.

Q: At Worlds in Shanghai, you didn't have your best skate in the short program and unfortunately missed the cut for the free skate. What did you learn most from Worlds and this past season?

A: Even though I missed the side by side triple salchow (which was the first element) we still managed to perform the rest of the program very well. Therefore, I learned that mistakes can happen but that that does not mean that the rest of the program has to be bad. It is worth it to fight for every single element. I know that this was only our second season together and that the second season is always the hardest, especially when you had as good a season as we did last year. I learned that not always achieving your goals is a good thing because you can learn more from defeats than you can from victories and it makes me want to achieve them even more.

Q: How did you come to move your training base from Austria to Germany?

A: Just before Worlds last year, we and Eva Sonnleitner decided to go our separate ways and Severin and I moved to Berlin to train there full time. Since then we mostly work with Knut Schubert, but Rico Rex is still there to help out. We are also working on our side by side jumps with Stefan Lindemann.

Q: What are your main focuses in training right now and what can you share about your programs and plans for the 2015/2016 season?

A: Our main goal for next season is to get the triple twist. The second goal is to improve our skating skills. In May, we will go to Vancouver to work with our choreographer Mark Pillay on our new programs. We will get two brand new programs, which we're really looking forward to. Our short program will be pretty jazzy but we have not decided on music for our free program yet. We hope that our new programs will be entertaining and more sophisticated.

Q: What is your favourite element and your least favourite as both a pairs and singles skater?

A: It is really easy to say that my most hated singles element is the double axel. It always felt as if I couldn't really control what was happening and that it was lucky when it worked. I still refuse to work on it in practice. It is harder to say what my favourite singles element is. I really like spins and my favourite jump is the loop. In pairs, I love to work on throw jumps but I don't like twists and death spirals. 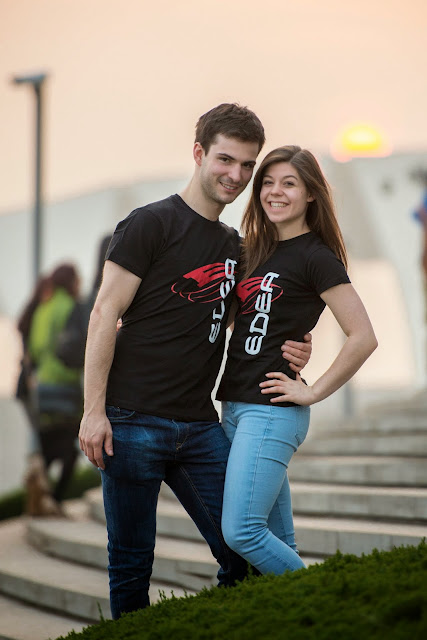 Q: If you hadn't have become an elite level skater, what is another passion you would have loved to pursue on the same level?

A: If I wouldn't have become a figure skater I don't think I would do any other sport on that level. I would go to the gym from time to time but not much more. There was a time I really enjoyed writing poems. I think I would have saved money and then travelled the world while writing about it.

Q: How would you spend your perfect day away from the rink? Where would you go, what would you eat and who would you be with?

A: My perfect skating free day is meeting some friends for brunch then sitting in a park in the sun all day (preferably in Vienna) and then ordering pizza and watching a movie at home with Severin, since he is my boyfriend as well.

A: I think skaters are truly great if they have an inspiring personality. Since I don't know any past skaters personally, I can only talk about current skaters. I love Carolina Kostner. Her skating is phenomenal but she is also so kind and humble which makes her so fascinating to me. Another great skater is Jason Brown, who I think has the most interesting programs and transitions. I admire his attitude on as well as off the ice. Since I am now a pair skater as well, I will also name Cheng Peng and Hao Zhang as my favourite team. Even though they are completely different personalities, they match perfectly on the ice and I always get goosebumps when I watch them skate.

Q: What is one thing that most people don't know about you?

A: Most people probably don't know that I am a soldier in the Austrian army as an athlete because this is how the government is funding their athletes. I was even trained to fire a gun.

Q: What is the best advice you can offer to anyone wanting to switch from singles to pairs?

But WAIT... there's more! If you call within the next thirty minutes, we'll throw in this link to the blog's Facebook page, which has news, features and videos that aren't on the blog for the low, low price of free. That's right... free. I don't do this for PayPal donations or profit of any sort. I write this blog because I believe in great skating - artistic skating - and want to share stories about the sport's history, its amazing skaters and areas of the sport you may not know enough about with as big of an audience as I can. All you have to do is "LIKE" it at http://www.facebook.com/SkateGuard. If you get ten friends to like, I'll throw in a big hug. And if you get one hundred friends to, let's just as I'm "that kind of girl". You can also follow all of the fun along on Twitter at http://twitter.com/SkateGuardBlog.
Posted by Skate Guard Blog at April 23, 2015
Email ThisBlogThis!Share to TwitterShare to FacebookShare to Pinterest
Newer Post Older Post Home