A Bicycle Built For Two: The Johan Peter Lefstad Story 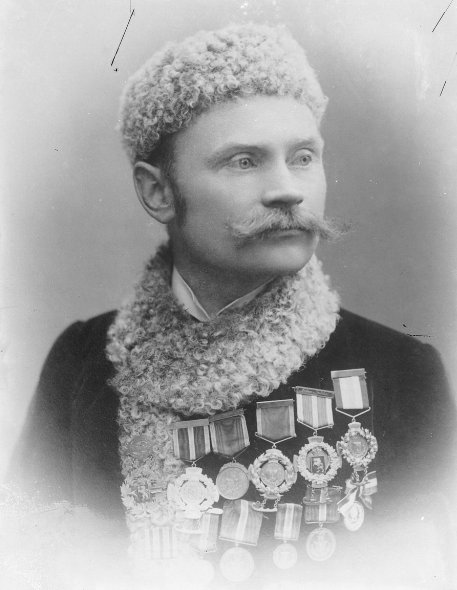 Johan Peter Lefstad was born on August 1, 1870 in Thjem and spent much of his youth in his father John Paulsen Lefstad's workshop in the Bakklandet suburb of the city of Trondheim, which is in central Norway. The area where his father's workshop was situated was largely industrial and although shipbuilding was the focus of much of the work in the area, a young Lefstad found himself surrounded with the tools he needed to produce bicycles and spinning tops. At twenty two years of age, he started his own business called Lefstad Sport Business which produced spinning tops and skates and imported and repaired bicycles. Versatile in his work, Lefstad really was a jack of all trades.

His fascination with spinning tops and production of skates seemed a natural fit, because when he wasn't devoting his time to his work, Lefstad was busy - you guessed it - skating! Lefstad was an active member of  the Trondhjems SK skating club in his home city and in January 1893, he made the trip to Berlin as the only Norwegian skater to participate in the European Championships held that year. He finished in last place, but the results of this competition were later declared invalid in the 1895 ISU Congress due to irregularities. Two years after he opened his own business, he entered Norway's national championships for figure skating. He skated away with the first 'official' Norwegian men's title in Hamar in 1894 and followed that win up with another six national titles from 1895 to 1904, four of them in his hometown.

In February of 1897, the World Championships were held in Stockholm, Sweden and Lefstad made the trip from Trondheim to compete. In what was only his second international competition, he amazingly won the bronze medal behind Gustav Hügel and Ulrich Salchow, easily outranking his closest competitor for the bronze, Sweden's Thiodolf Borgh. The following year, the European Championships were held in Lefstad's hometown of Trondheim and he won the silver medal. That same year, he married Annamarie Vinge.

In 1900, Lefstad made his final international appearance (and only one on the continent) when he travelled to Berlin for the European Championships. He just missed a bronze medal to his Trondhjems SK training mate Oscar Holthe. The European title that year again went to Ulrich Salchow, who had beaten Lefstad in 1898. 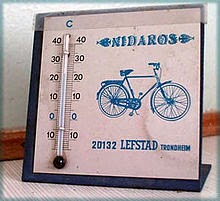 An avid sportsman, Lefstad turned his attention from skating to both skiing and cycling and represented the Trondhjems Velocipedklub and Trondhjems Skiklub in competition as well. In 1903, Annamarie and Johan Peter became parents of a son named Ola Gunnar. His Lefstad Sport Business which he had opened on April 7, 1892 developed into Lefstad Bicycle Factory. Although he had been importing bicycles to Norway from Austria since 1888 (before his business even opened) manufacturing his own bicycles was an entirely different ballgame and one in which Lefstad found considerable success. 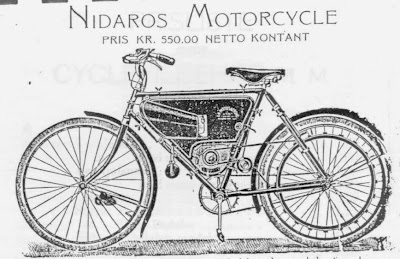 In 1905, a bicycle he produced won him a national bicycle design contest and in 1910, he even produced his own motorcycle: the Nidaros. By the twenties, Lefstad had two successful bicycles on the market - one also named the Nidaros and a more economical model named the Styria. In 1930, Lefstad won a gold medal at the Trøndelag exhibition for his Nidaros bike. By the mid thirties, prior to World War II, the factory was producing over two thousand bicycles a year.

Having survived two World Wars and found great success not only in business but in figure skating as well, Lefstad passed away at the age of seventy seven on February 7, 1948 in the same city he grew up, fell in love with his wife, skating and bicycles. The next time you go out for an evening bike ride, think of Lefstad. He's no longer a historical footnote in a figure skating record book, he's now a skater with a story.

Skate Guard is a blog dedicated to preserving the rich, colourful and fascinating history of figure skating and archives hundreds of compelling features and interviews in a searchable format for readers worldwide. Though there never has been nor will there be a charge for access to these resources, you taking the time to 'like' on the blog's Facebook page at http://www.facebook.com/SkateGuard would be so very much appreciated. Already 'liking'? Consider sharing this feature for others via social media. It would make all the difference in the blog reaching a wider audience. Have a question or comment regarding anything you have read here or have a suggestion for a topic related figure skating history you would like to see covered? I'd love to hear from you! Learn the many ways you can reach out at http://skateguard1.blogspot.ca/p/contact.html.
Posted by Skate Guard Blog at June 16, 2015
Email ThisBlogThis!Share to TwitterShare to FacebookShare to Pinterest
Newer Post Older Post Home