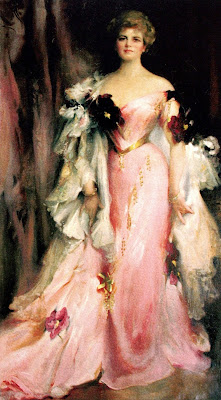 In the next three Skate Guard blogs, we will be taking a trip through South Africa's unique figure skating history! We'll get the party started by meeting a very unique figure in that sport's history: Josephine Dale Lace.

Back in times of yore, to call someone eccentric was often a disparaging way of saying "they have more money than they know what to do with and they aren't spending it in a way that's socially accepted" but sometimes the other implication of the word - that the person is a little outrageous - was also true... and I love outrageous personally. There are a lot of stories about Josephine because she wore a lot of hats during her life. A Johannesburg socialite who was married three times (twice to the same man), Josephine was at one time a would-be actress who went to London, England and was purported to be a mistress to King Edward VII! When she wasn't romantically linked to members of both British and South African high society (as she often was), she was devoted to a lavish life in South Africa afforded by her husband Captain John Dale Lace, who was a gold and diamond mining magnate. The Dale Lace's lived in a ostentatious Parktown mansion called Northwards and Josephine would have servants blow a bugle when she left the house, take milk baths in a marble tub and was often seen travelling in a cart pulled by four ZEBRAS. Yes, you read that right... zebras. Later in life when De Beers affected its monopoly over the diamond trade, things started to take a downhill turn for the power couple. The entire west wing of Northwards mansion burned in a fire believed to have started in the kitchen and the Dale Lace's lost their fortune. They moved first to England and then, later to Boschkop, north of Johannesburg. When Josephine died in 1937, she left mysterious instructions that "her body should be cremated at night and her ashes cast upon the wind". Now that you have a brief synopsis of Josephine Dale Lace's story, I want to explain her fascinating and historic connection to skating. 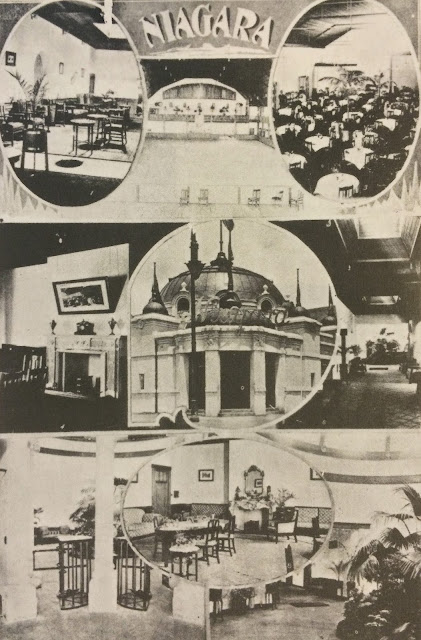 During the winters, Mrs. Dale Lace would travel to the resort town of Engelberg, Switzerland and study the Continental Style of skating. She also often travelled to Great Britain and would skate at the Prince's Skating Club with Winston Churchill's mother Lady Randolph Churchill. Although I doubt she brought her zebra drawn carriage on the road with her, I don't doubt for a second that she just adored skating. She actually loved it so much she was dead set on introducing the sport to the upper crust of South African society. She financed the building of a rink that was situated on Eloff Street in Johannesburg at the South African Party's club. It was so big it apparently took up an entire city block but only lasted for less than a year because without proper ice refrigeration, the ice was constantly melting and it proved to be a huge money drain... especially in a time period where the Dale Lace's vast fortune was melting as fast as the ice at their 'Niagara' rink.

It would be over two decades until the novelty of ice skating would return to South Africa. In the uncharacteristically chilly January 1937, an ice rink was set up during The Empire Exhibition. A newspaper account of the rink at The Empire Exhibition reads: "The present Hall Of Transport has been selected as the site of this installation. The Rink will have several entrances of its own, nearly a quarter of an acre will be actually under ice, apart from a very large space, which will accommodate 2,500 spectators. An up-to-date restaurant will be run in conjunction with it. Many thrills will be here; no less than three visiting hockey teams will be competing for premier honours on the ice-field. In addition to this, Scotland is sending over a team to teach us the ancient game of Curling - I can assure you great things await all visitors, who are lucky enough to gain admission to the ice rink; many thrills and incidentally many falls will be witnessed." Ultimately, unlike the Niagara this rink proved so successful and popular that the whole setup was moved to Springfield, Johannesburg under the name 'the Wembley Ice Rink' and that same year the South African Ice Skating Association was born. Ready for more South African skating history? Stay tuned to the next Skate Guard blog! We're just get started, sweetie.

Skate Guard is a blog dedicated to preserving the rich, colourful and fascinating history of figure skating and archives hundreds of compelling features and interviews in a searchable format for readers worldwide. Though there never has been nor will there be a charge for access to these resources, you taking the time to 'like' on the blog's Facebook page at http://www.facebook.com/SkateGuard would be so very much appreciated. Already 'liking'? Consider sharing this feature for others via social media. It would make all the difference in the blog reaching a wider audience. Have a question or comment regarding anything you have read here or have a suggestion for a topic related to figure skating history you would like to see covered? I'd love to hear from you! Learn the many ways you can reach out at http://skateguard1.blogspot.ca/p/contact.html.
Posted by Skate Guard Blog at November 02, 2015
Email ThisBlogThis!Share to TwitterShare to FacebookShare to Pinterest
Newer Post Older Post Home