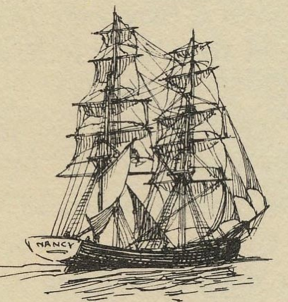 Back in August, Allison Manley and I dived in and explored the startlingly unconventional history of figure skating in South America in the first episode of the Axels In The Attic series. As fabulous as all that fun was, there is another unique story from that continent's early skating history that didn't make the cut and I really think you're going to get a kick out of it.

Long before Joseph R. King built the Palais de Glace in Buenos Aires, Argentina in 1910, ice skates made their first known appearance in South America... and it's actually kind of a funny story. Back in the very early nineteenth century, trade was booming and the English, with their great passion for figure skating, just kind of assumed that everyone skated. Well, why not? They skated in Amsterdam, Paris, Hamburg and even in The New World. Why not in South America? After all, the Brits had thriving sugar plantations (albeit full of kidnapped African slaves) in Guiana. Why wouldn't those 'civilized' Brits living in South America want to entertain themselves and cut fancy figures on the ice?

The June 1812 issue of The Quarterly Review in London (Vol. vii, No. 15) noted that "we have been informed that the good people of Birmingham sent out sixty tons of skates and warming-pans to South America."  There was one problem. There wasn't a single ice rink on the continent and with ice refrigeration not yet being a thing, unless you found a frozen lake high in the Andes or something you weren't doing any figure eight's honey. I can just picture this ship showing up with these completely foreign objects that locals probably just assumed were fancy knives of some sort. What happened next? Did the good people of South America figure out what these alien objects were and start skating in the mountains? Not so much. But perhaps oblivious to the clime they were sending them to, the British kept sending down ice skates!

Later that year, renowned British mineralogist and sea captain John Mawe recorded in his book "Travels In The Interior Of Brazil" that yet "another [merchant] sent skates [to Brazil] for the use of a people who are totally uninformed that water can become ice." These strange shipments were actually very common back in those days, with everything from warm woollen shawls to coffins (which weren't used by the Brazilians) arriving in Rio de Janeiro.

The research of Brazilian journalist Laurentino Gomes notes that a French visitor confirms having seen the skates unloaded on a dock. In his book "1808: The Flight Of An Emperor", Gomes explains that this shipment of ice skates had "nothing to do with the climate and local necessities of course, but they arrived in Brazil practically without import taxes and ended up fulfilling uses never envisioned for them... The ice skates transformed into knives, horseshoes, and other metallic objects. The traveller even saw a doorknob in Minas Gerais made of ice skates." That's a doorknob I wouldn't want to be shaking hands with.

So there you have it, folks... the story of how ice skates first arrived in South America and your inspiration for your next DIY project! Who would have thought skating history could be so crafty?

Skate Guard is a blog dedicated to preserving the rich, colourful and fascinating history of figure skating. Over ten years, the blog has featured over a thousand free articles covering all aspects of the sport's history, as well as four compelling in-depth features. To read the latest articles, follow the blog on Facebook, Twitter, Pinterest and YouTube. If you enjoy Skate Guard, please show your support for this archive by ordering a copy of the figure skating reference books "The Almanac of Canadian Figure Skating", "Technical Merit: A History of Figure Skating Jumps" and "A Bibliography of Figure Skating": https://skateguard1.blogspot.com/p/buy-book.html.
Posted by Skate Guard Blog at December 10, 2015
Email ThisBlogThis!Share to TwitterShare to FacebookShare to Pinterest
Newer Post Older Post Home