Victorian Era Skating In Ireland: Who Would Have Thought? 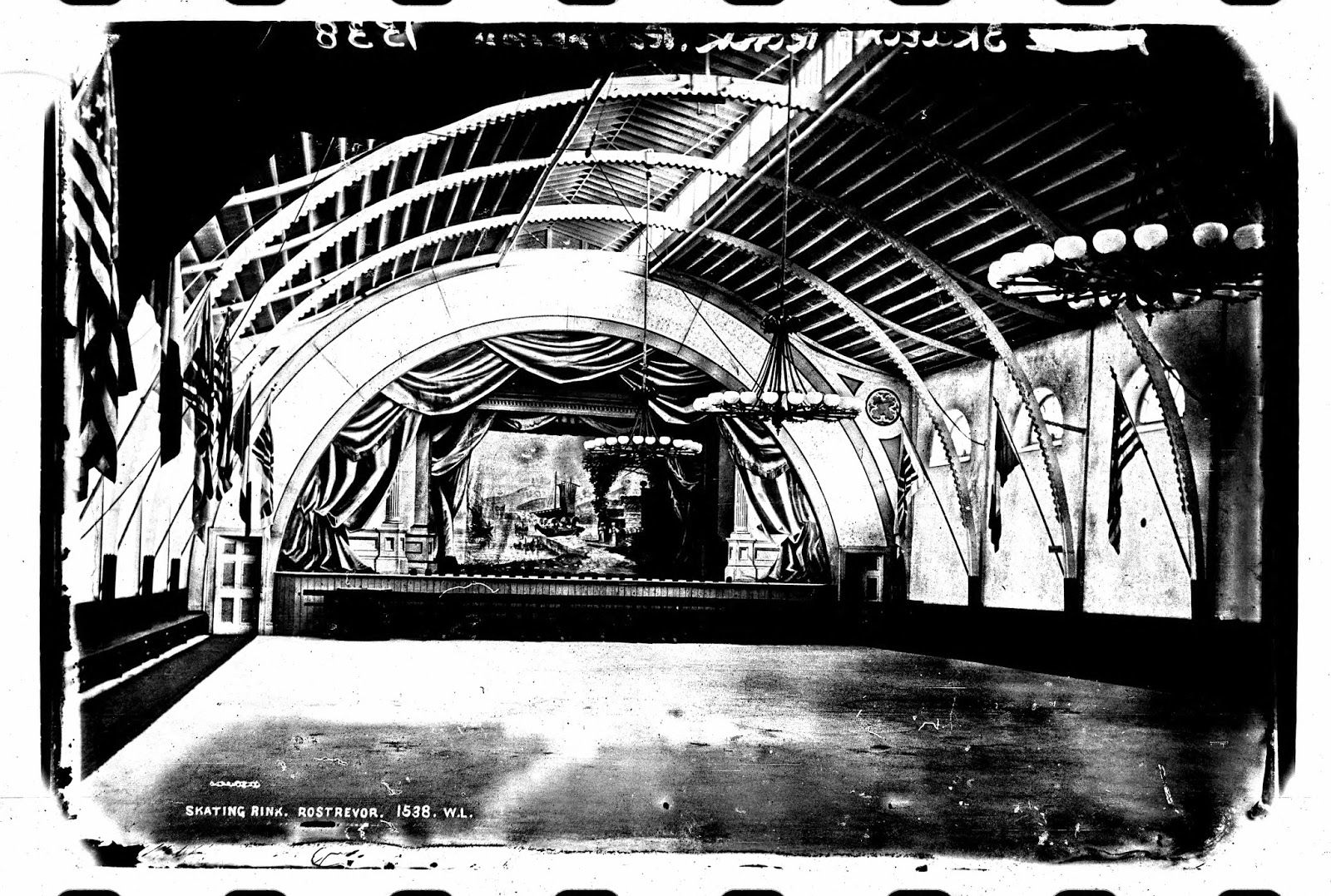 There has long been this assumption that just because Ireland is 'a new player on the skating block' in terms of competitive skating, there isn't much of a history there. That simply isn't true. Although the country's first permanent indoor ice rink wasn't built until 1980 (when the Dublin Ice Rink was opened in a converted cinema in Dolphin's Barn Rialto) the country's skating history goes back quite a fair deal further.

Desmond Keenan's book "Ireland 1603-1702, Society And History" hints that weather largely explained why ice skating didn't take off in Ireland as it did in Great Britain, even if it was introduced around the same time to the country: "Yachting and skating were introduced from Holland at the same time. Yachting was to become very popular among the rich gentlemen but the mild winter climate probably inhibited the spread of ice skating." 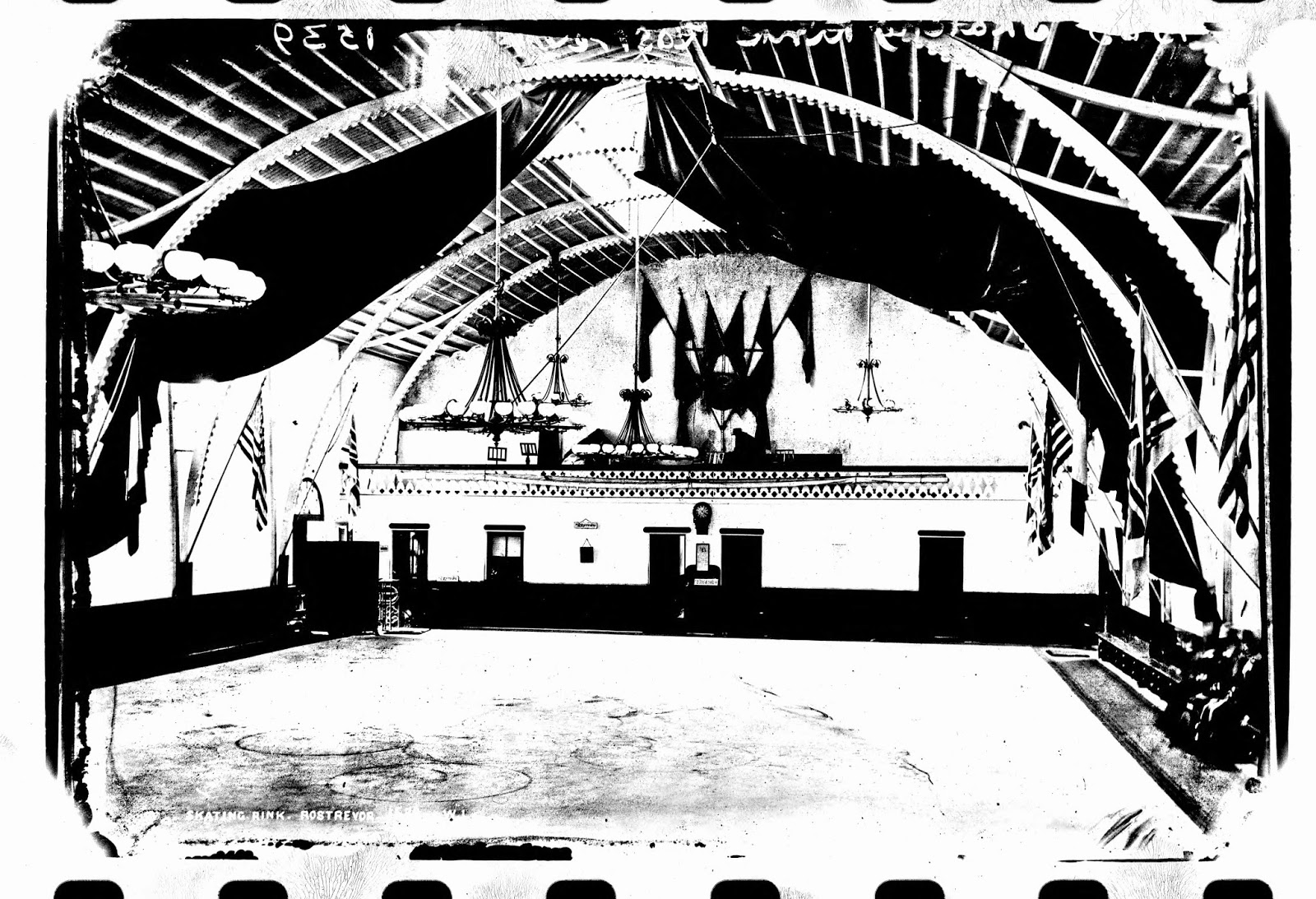 However, more hospitable winters weren't always the case. In 1876, the Earl of Kilmorey spent over thirty thousand pounds (a princely sum back in that day) to erect (Peter Griffin laugh... erect) the Mourne Hotel in Rostrevor. The hotel was really almost like a Victorian resort in Ireland, for the grounds had a large concert hall, public gardens with coloured lamps and open air musical concerts and... you guessed it, a skating rink! The Mourne Hotel was a getaway that offered those staying a spell to convalesce in style and rid themselves of their ills through bedrest, fresh air, amusement and physical activity. Exercise through skating was an important part of their albeit primitive therapy while visiting. Some of the complaints of those staying - according to The Irish Monthly - included consumption in its early stages, bronchitis and bronchitic asthma, acute diseases, recovery from surgery and mental and physical overwork.

"The Cork Examiner" asserted that the Cork Skating Rink was operational in 1878, with skaters accompanied by music from a live band. The February 21, 1878 edition tells us that "the Austro-Hungarian band will play a selection of dance music at the Rink this evening from 8 to 10 o'clock, for the members of the club and their friends." What does that tell us? Ireland had a nineteenth century skating CLUB. That same year, four young women - Catherine and Maria Gallagher, Kate Frith and Margaret Johnstone - sadly drowned when the ice gave away on Lough Erne near Ennis.

In the winter 1881 or 1882, Famous Irish poet W.B. Yeats learned how to skate on the frozen Lough Gill in County Sligo, a locale that popped up frequently in his poetry. His sister Elizabeth (Lily) wrote of their skating adventures during 'the Great Frost': "For the first few days we four just stayed on the river near the shore and floundered about and fell. Every now and then someone with a kind heart and strong arm would help us for a while and then vanish. I remember Willy's long legs whirling in the air and seeing that he wore red socks. But in a few days we could all skate and away we went, up the river, through the narrows, and out into the lovely lake with its wooded islands." 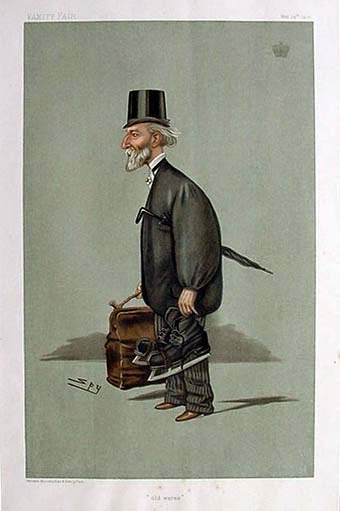 Clanricarde as caricatured by Spy (May 1900)

Ireland's first skater of note was the Marquis of Clanricarde, a much despised noble. A June 22, 1906 newspaper article recalled the Marquis' skating exploits: "His appearance is as little calculated as to arouse good will as his manner and reputation, and his thin lips, scanty gray whiskers, thin, aquiline nose, parchment-like cheeks and peculiarly-arranged hair, are quite in keeping with his hard, harsh voice and his appalling egotistical utterances. He had but one fad, namely, skating, a pastime in which he still excels, in spite of his seventy-three years. He presents an extraordinary appearance on the ice... His costume on these occasions consists invariably of dark-blue cloth trousers, with a broad stripe of black braid up the side, three or four Cardigan knitted jackets of undetermined hue and great age, over which is worn a remarkably short tweed jacket, made of an extraordinarily loose cut, to give room to the layers of knitted waistcoats underneath. His hat is a genuine old-fashioned 'stovepipe' of ancient vintage, perfectly flat in the brim, and perfectly straight up and down for the crown. He speaks to no one on the ice, being wholly absorbed by the work of cutting figures and letters with his skates." I have to say... this is the best description of a skater ever!

There you have it, folks! A look back to nineteenth century skating in Ireland. Who`would have thought, right? I guess Irish eyes were smiling on me as I did this research. It really did turn out to be a pot of gold.
Skate Guard is a blog dedicated to preserving the rich, colourful and fascinating history of figure skating. Over ten years, the blog has featured over a thousand free articles covering all aspects of the sport's history, as well as four compelling in-depth features. To read the latest articles, follow the blog on Facebook, Twitter, Pinterest and YouTube. If you enjoy Skate Guard, please show your support for this archive by ordering a copy of the figure skating reference books "The Almanac of Canadian Figure Skating", "Technical Merit: A History of Figure Skating Jumps" and "A Bibliography of Figure Skating": https://skateguard1.blogspot.com/p/buy-book.html.
Posted by Skate Guard Blog at December 27, 2015
Email ThisBlogThis!Share to TwitterShare to FacebookShare to Pinterest
Newer Post Older Post Home