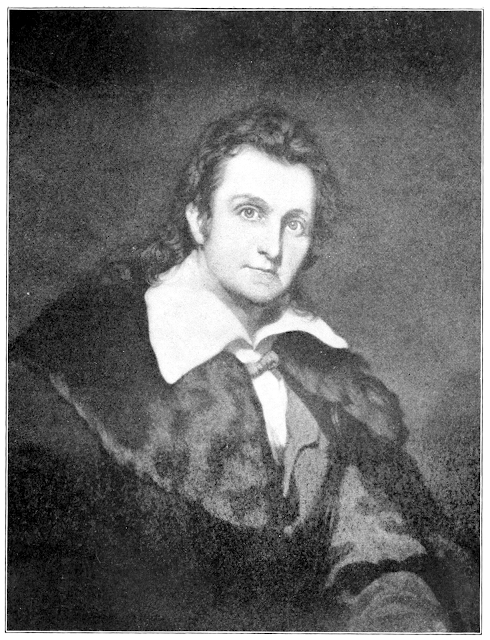 "Sometimes a slight motion in the air revived our hopes... carried us through the smooth waters like a skater gliding on ice." - John James Audubon, 1826

Born on a sugar plantation in what is now Haiti on April 26, 1785 and raised in France, John James Audubon later became a pioneer in American ornithology. His studies and paintings of birds remain world famous to this day but what few know is that Audubon was, by all accounts, a first rate skater. He emigrated to America in 1803 on a false passport to avoid transcription in the Napoleonic Wars and primary sources simply abound with stories of his escapades on the ice while living near Valley Forge.

In an autobiography that was penned to his children and found in a barn on their estate long after his death, he wrote: "Not a ball, a skating-match, a house or riding party took place without me." Newspaper accounts from the early twentieth century recalled him as a "most graceful skater". A wonderful account of his skating prowess came from his neighbour David Pawling, who diarized, "Today I saw the swiftest skater I ever beheld; backwards and forwards he went like the wind, even leaping over large air-holes fifteen or more feet across, and continuing to skate without an instant's delay. I was told he was a young Frenchman, and this evening I met him at a ball, where I found his dancing exceeded his skating; all the ladies wished him as a partner; moreover, a handsomer man I never saw, his eyes alone command attention; his name, Audubon, is strange to me."

What few know is that skating almost took his life. While returning home, flintocks in hand, from a day of duck hunting on the frozen Perkiomen River in December 1804, he actually fell through the ice. He wrote in his journal of the incident: "We were skating swiftly along when darkness came on, and now our speed was increased. Unconsciously I happened to draw so very near a large airhole that to check my headway became quite impossible, and down it I went, and soon felt the power of a most chilling bath. My senses must, for aught I know, have left me for awhile; be this as it may, I must have glided with the stream some thirty or forty yards, when, as God would have it, up I popped at another air-hole, and here I did, in some way or other, manage to crawl out. My companions, who in the gloom had seen my form so suddenly disappear, escaped the danger, and were around me when I emerged from the greatest peril I ever encountered... I was helped to a short from one, a pair of dry breeches from another, and completely dressed anew in a few minutes... our line of march was continued, with, however, much more circumspection." Falling ill after his accident, complications from an abscess left Audobon with a high fever. Delirious, his wife Lucy nursed him for ten days at Fatland Ford. Undaunted by his near death experience, he returned to the ice and attempted an incredibly dangerous stunt.

In "The Edinburgh Review: Or Critical Journal, Volumes 132-133" later in the nineteenth century, Sydney Smith recalled that "Audubon was a capital marksman. On one occasion, while skating down the Perkiominy Creek, he laid a wager with Miss Blakewell's brother that he would put a shot through his cap." In a personal letter, Audobon explained his Russian Roulette like caper: "During the winter connected with this event... Thomas Bakewell, now residing in Cincinnati, was one morning skating with me on the Perkiomen, when he challenged me to shoot at his hat as he tossed it in the air, which challenge I accepted with great pleasure. I was to pass by at full speed, within about twenty-five feet of where he stood, and to shoot only when he gave the word. Off I went like lightning, up and down, as if anxious to boast of my own prowess while on the glittering surface beneath my feet; coming, however, within the agreed distance the signal was given, the trigger pulled, off went the load, and down on the ice came the hat of my future brother-in-law, as completely perforated as if a sieve. He repented, alas! too late, and was afterward severely reprimanded by Mr. Bakewell." Rightly so, if you ask me. As far as I'm concerned, this skating ornithologist had a death wish.

In his colour-plate book "The Birds Of America", Audubon identified twenty five new species of birds. He passed away in 1851, suffering from dementia later in life. Although he never achieved fame as a skater, these early nineteenth century tales only go to show you that skating finds itself in the life stories of historical figures you might never suspect.

Skate Guard is a blog dedicated to preserving the rich, colourful and fascinating history of figure skating and archives hundreds of compelling features and interviews in a searchable format for readers worldwide. Though there never has been nor will there be a charge for access to these resources, you taking the time to 'like' on the blog's Facebook page at http://www.facebook.com/SkateGuard would be so very much appreciated. Already 'liking'? Consider sharing this feature for others via social media. It would make all the difference in the blog reaching a wider audience. Have a question or comment regarding anything you have read here or have a suggestion for a topic related to figure skating history you would like to see covered? I'd love to hear from you! Learn the many ways you can reach out at http://skateguard1.blogspot.ca/p/contact.html.
Posted by Skate Guard Blog at April 19, 2016
Email ThisBlogThis!Share to TwitterShare to FacebookShare to Pinterest
Newer Post Older Post Home