The Sabena Aftermath, Part One: An Unlikely Comeback 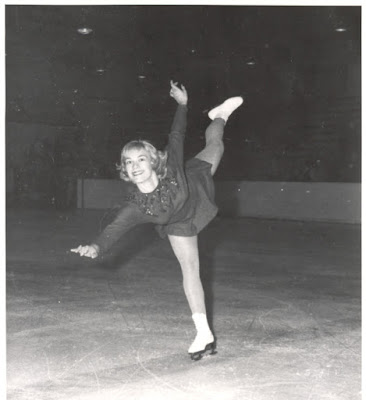 One question I always seem to get asked is why I haven't really covered the 1961 plane crash that tragically claimed the lives of the entire U.S. figure skating team. Well, there's honestly a great reason. Between the "RISE" documentary, Patricia Shelley Bushman's excellent books "Indelible Tracings" and "Indelible Images" and countless other sources, this extremely sad event has been documented extensively - and really well - already. That said, there were three particularly fascinating tales that stemmed from the aftermath of that horrific event that I have always wanted to delve into and in this three-part series, I aim to do just that. The first is the 1962 comeback of Olympic and World Medallist Barbara Roles Williams. 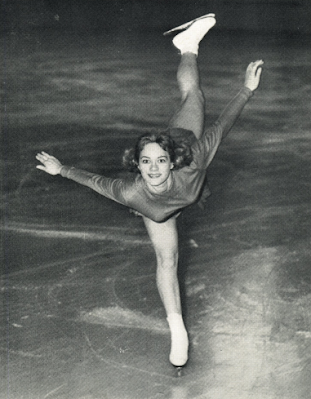 Skating somewhat in the shadow of Olympic Gold Medallist Carol Heiss Jenkins for much of her career, Barbara won the U.S. novice title in 1956, the U.S. junior title in 1958 and then the following two years, the bronze and silver medal at the U.S. Figure Skating Championships before her international successes during the 1959/1960 season. Coached by Nancy Rush and hailing from Temple City, California, Barbara married her first husband (a hairdresser) after retiring from the sport in 1960 and was then known as Barbara Roles-Pursley. The following June, she gave birth to daughter Shelley. Incredibly, just when the future of U.S. ladies skating couldn't have looked bleaker the new mother launched a comeback effort like no other, returning to competitive skating in top form at the age of twenty in time to compete in the 1962 U.S. Figure Skating Championships in Boston, the first Nationals since the Sabena tragedy. 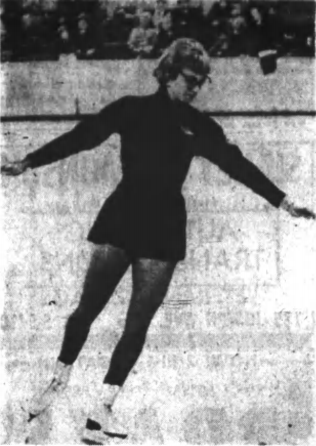 Back in 1962, the compulsory figures accounted for sixty percent of the final score and the free skating for forty, so success for Barbara in the initial phase of the event in Boston was paramount. however a controversy over the start time of the competition on Friday, February 2, 1962 almost dashed her comeback effort. After the skaters had left the rink after practicing Thursday night, officials changed the start time from 12:30 PM to noon and although all of the senior women's competitors staying at one hotel were notified, Roles-Pursley was not. In Patricia Shelley Bushman's book, Barbara remarked on her late arrival which sparked quite the controversy as to whether or not she should have been allowed to compete: "Most people treated me fine, but there were a couple of people that were not too kind because they wanted Lorraine Hanlon to win. For instance, the referee. The night before they changed the starting time - they put a newspaper clipping over it. I wasn't late for the regular time. I was late for the time change. They didn't call and tell me. I came in a taxi (the running-out-of-gas story was false). When I arrived they were starting to warm up. They let me skate because somebody else showed the referee that it was posted underneath and was not out in plain view. There was only one official that yelled at me, but he died of a dreadful disease." I love it! 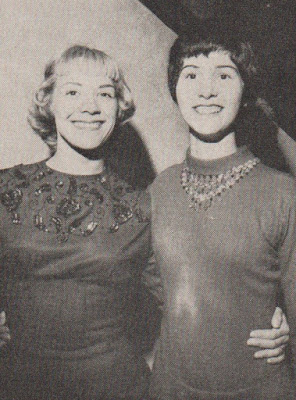 Ultimately, Barbara had the last laugh. The February 3, 1962 edition of "The Bulletin" explained, "Mrs. Barbara Roles Pursley, a 20-year old California mother, took the lead in the featured senior ladies' class but still had to contend with a brace of teen-agers, Canadian native Frances Gold, now of Norwalk, Conn. and local favorite Lorraine Hanlon, 16, of Boston." Further, "The Spokesman-Review" of the same date noted she accomplished this "while her 7-months-old daughter snoozed peacefully in a corner of the Boston Skating Club rink (and) received only one first place vote from the five judges but had two second place votes and no vote below third." After a whopping six figures were completed, Pursley lead not only Gold (the daughter of coach Otto Gold, a Canadian citizen who was given special permission to compete as she had taken out U.S. citizenship papers) and Hanlon but Minneapolis' Victoria Fisher, Philadelphia's Lynn Thomas, New York's Carol S. Noir and Seattle's Karen Howland, who was forced to withdraw after being diagnosed by Tenley Albright's father with a paralytic condition known as Guillain-Barré Syndrome. Although Barbara had only one first place vote, her eleven ordinal points to Gold's fifteen gave her a healthy advantage leading into the free skate competition that was held on Sunday, February 4, 1962. 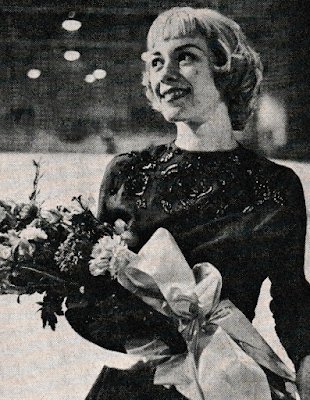 Her lead in figures was commanding enough that the February 3, 1962 edition of the "St. Petersburg Times" reported that she had "virtually clinched the senior national figure skating championship by virtue of her performance in the school designs" before the free skating segment of the event had even been held. The February 5, 1962 edition of the "Daytona Beach Morning Journal" described Roles-Pursley's free skate in Boston thusly: "A capacity crowd of 4,000 cheered wildly as Mrs. Pursley, dressed in devil red cashmere with a bejewelled neck, spun, pirouetted and leaped through a sparkling repertoire to the tune of three Italian operas. Mrs. Pursley, ranked one of the world's outstanding free skaters, was more daring and more acrobatic in her four minute routine than her two main competitors. Miss Gold's number was a mixture of artistic and athletic while Miss Hanlon's freestyle exhibition was of a ballet nature, smooth and graceful with a minimum of jerky breaks in the routine." In the end, it was the 1960 Olympic Bronze Medallist who became the first senior ladies champion from west of Philadelphia to win the U.S. title that year, with Hanlon second and Gold dropped from second to fourth place overall with Fisher claiming the bronze medal.


Explaining the ultimate reasons for her decision to come back to competition in 1962 in the "Spokesman-Review," Barbara said, "I shudder when I think how close I came to being on that plane. I was training for the world championships when I suddenly decided to get married. The accident was only partly responsible for my decision to try a comeback. The main reason was that I love skating - and I just got restless." Following her win in Boston, the California skater headed to the World Championships in Prague (the same European city that was slated to host the 1961 event before its cancellation) and finished an impressive fifth out of twenty one competitors. Following that event, she would again retire from competition. She had her second child later that year and toured with Ice Capades before moving on to an incredibly successful coaching career. Among her many students were Brian Pockar, Lisa-Marie Allen, Scott Williams, Wendy Burge and Vikki de Vries.

The return of a young mother to competition against all odds in an uncertain time in American figure skating to such incredible success is like something straight out of a movie to me... but the resilience that so many showed during this trying time is just something that tugs at your heartstrings.

Skate Guard is a blog dedicated to preserving the rich, colourful and fascinating history of figure skating and archives hundreds of compelling features and interviews in a searchable format for readers worldwide. Though there never has been nor will there be a charge for access to these resources, you taking the time to 'like' on the blog's Facebook page at http://www.facebook.com/SkateGuard would be so very much appreciated. Already 'liking'? Consider sharing this feature for others via social media. It would make all the difference in the blog reaching a wider audience. Have a question or comment regarding anything you have read here or have a suggestion for a topic related to figure skating history you would like to see covered? I'd love to hear from you! Learn the many ways you can reach out at http://skateguard1.blogspot.ca/p/contact.html.
Posted by Skate Guard Blog at February 14, 2017
Email ThisBlogThis!Share to TwitterShare to FacebookShare to Pinterest
Newer Post Older Post Home
"As a rule an author has one or two popular ways of contrasting the past with the present. He can treat the past as lying in comparative doleful ignorance, or he can explain that the past was infinitely superior to the day we live in. Of course, either method is the popular journalism of the moment, and in reality there is no sharp contrast, but a gradual transition which leads the past into the present." - Joel B. Liberman, Skating Club Of New York