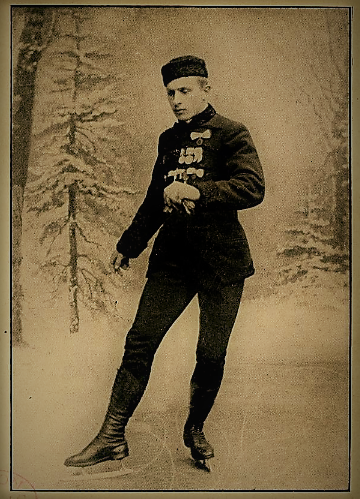 On Christmas Day, 1864 in Helsinki, Florio and Charlotte (Riecke) Catani welcomed to the world their third child, John Giovanni Battista Catani. The birth of John on Christmas Day was a particularly special gift for the Catani's, who had been working around the clock at the family confectionary business in the Pohjoisesplanadi preparing holiday sweets for the good people of Helsinki. 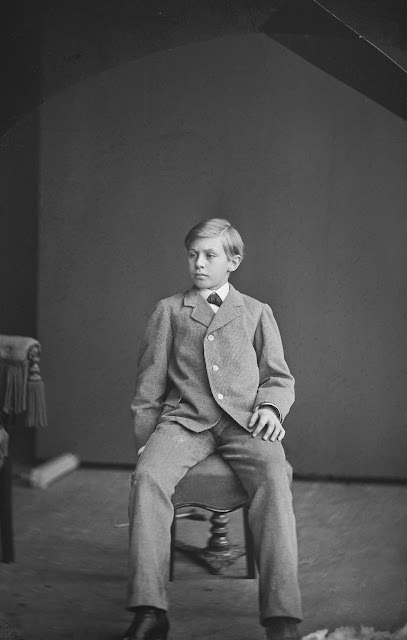 Photo courtesy Museo Virasto
From icing sugar to ice, young John developed a passion for skating in his teenage years. When he was nineteen, he entered a local speed skating race and finished a second to a local fisherman by the name of Liljeberg. After joining the Helsingfors Skridskoklubb, John began studying the art of figure skating and soon abandoned speed skating in favour of the practice of carving out elaborate special figures on the ice. Within no time, he was teaching fellow skaters the skills he'd just learned himself.

In 1886, John travelled to Stockholm and participated in an ice show where he was billed as "the cleverest skater the Nordic countries have to exhibit." According to the 1894 book "Tio vintrar på Nybroviken" penned by Ivar Boktryckeri, he "received the lion's share of applause" in this particular show.

Boktryckeri compared John directly to the great Jackson Haines, noting that he "loved to move in large figures and developed an elegance and agility which was admirable. He developed however an almost feminine grace which turned many against him who preferred a strong male skater. He had a boldness, tremendous strength combined with flexibility and a natural posture." John soon became renowned throughout Scandinavia for the polkas and mazurkas he translated to the ice, forward inside and outside spirals and aesthetically pleasing figure patterns. 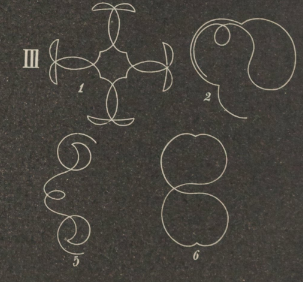 In February 1889, John participated in an international figure skating competition in Gothenburg that featured skaters from Finland, Norway, Sweden and Great Britain. Though he placed third behind Rudolf Sundgren and Ivar Hult, British skater Douglas Adams recalled that both Sundgren and Catani "surprised us by the great power they possessed over their skates, in the most difficult movements." The following February John competed in the same 'unofficial' World Championships in St. Petersburg, Russia where Canada's Louis Rubenstein made his mark. Russia's skating elite looked very favourably upon his special figures and the February 19, 1890 issue of "Finnish Wirallinen Journal" raved, "Mr. Catani is not inferior to the best ice ballet dancers". He tied for first place in the free skating competition at that event and returned to Helsinki with a silver drinking cup to show for his efforts.

Later that year, John opened a café in the same area as the family confectionary business in a huge stone house he built himself. That café, run by John and his brother, became an important social hub for the cultural elite of Helsinki for almost three decades. A famous Finnish poet named Eino Leino often frequented John's business. The first meeting of the Finnish Football Association - an organization which John himself later served as treasurer and President - was held there. In between serving Rönttönen pastry with lingonberry filling, Salmiakki, piimä and buckets of coffee to Helsinki high society, John was a devoted husband to his wife Anna Matilda Lindqvist and father to his three sons Sten, Lars and Bror and daughter Giulia Anita. 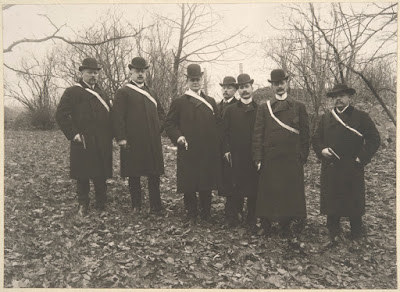 Sadly, John's café closed in 1917 due to Great War rationing and remained closed throughout the Finnish Civil War the following year. Passing away at the age of sixty six on May 13, 1931 in Helsinki, John Catani - "the cleverest skater the Nordic countries have to exhibit" - has been all but forgotten except by the most ardent followers of figure skating in Finland.

Skate Guard is a blog dedicated to preserving the rich, colourful and fascinating history of figure skating and archives hundreds of compelling features and interviews in a searchable format for readers worldwide. Though there never has been nor will there be a charge for access to these resources, you taking the time to 'like' on the blog's Facebook page at http://www.facebook.com/SkateGuard would be so very much appreciated. Already 'liking'? Consider sharing this feature for others via social media. It would make all the difference in the blog reaching a wider audience. Have a question or comment regarding anything you have read here or have a suggestion for a topic related to figure skating history you would like to see covered? I'd love to hear from you! Learn the many ways you can reach out at http://skateguard1.blogspot.ca/p/contact.html.
Posted by Skate Guard Blog at March 23, 2017
Email ThisBlogThis!Share to TwitterShare to FacebookShare to Pinterest
Newer Post Older Post Home