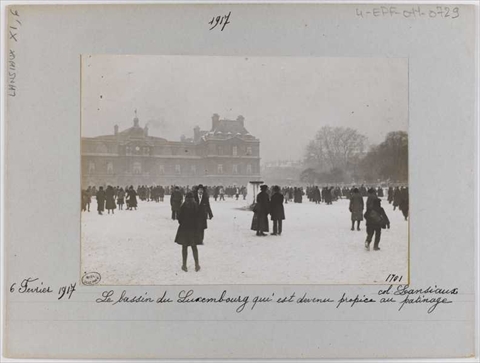 With a population of just over six hundred and thirty thousand people, Luxembourg isn't exactly what you'd call a massive country. Bordered by Belgium, France and Germany, the landlocked European nation is the world's only remaining grand duchy, with a history dating back to 967 A.D. Though the small nation has never produced a medallist at the Winter Olympics or World Championships, its skating history is really quite fascinating.

In the nineteenth century, the views of Luxembourgers on ice skating were quite divided. Some turned their nose up at skating, considering it a frivolous waste of time indulged in by their neighbours in France. An article in the January 26, 1861 issue of "L'Union" bemoaned, "It is a fashion, a fury, a disease; when Paris rushes to the Bois de Boulogne to skate... One would think that there would be better to do with a temperature of eleven degrees below zero: to light a good fire and read or write in his diary. Instead he skates, exposing himself for six hours to the north wind and flits about the ice like a top!" Others had reservations about being manhandled by the lower classes. On December 31, 1864, another "L'Union" article noted that the poor would line the shores to assist people in putting on their skates. These "beggars of the ice" assisted skaters in hopes of "a penny for their morning pudding and evening gin." Imagine! These views certainly weren't shared by all Luxembourgers. On January 24, 1868, the "Courier Du Grand Duché Luxembourg" recorded, "Our political concerns do not prevent our winter season to be busy and even joyful. A great national entertainment, skating, was favoured in the most beautiful frosts... In almost all cities, races were organized. Do you know that the ordinary railway trains struggled against the speed of the winners?"

One factor that hampered skating's development in Luxembourg during the mid-nineteenth century was the fact that rivers, lakes and channels often didn't freeze enough to allow safe skating. By the late nineteenth century, colder weather drew more Luxembourgers to the ice. In 1891, author Georges Deney noted that Luxembourg City's basin was a popular meeting place for skating aficionados. Two years later, American skating pioneer Irving Brokaw's painting "A Skating Girl" was installed permanently in a Luxembourg art gallery by the French government.

During World War II, American soldiers stationed in Luxembourg found skating to be a popular recreation. On February 25, 1945, Joseph G. O'Keefe of the U.S. Army noted, "Luxembourg has in its favour... a remarkably dry and stimulating climate. Although snow falls frequently, and the mercury dips below freezing, the consequences are not too unpleasant. Young people go in enthusiastically for skiing and ice skating and other winter sports where facilities are available."

Photo courtesy National Library of Luxembourg
In 1947, figure skating competitions were held at the Kockelscheuer rink. Newspaper accounts note that Joe Treinen won the championship class and Miss Josette Faber the student class that year. A group of twenty-two figure skating enthusiasts from Luxembourg may have also made history later that year, when they chartered a plane to go see Tom Arnold's skating pantomime at the ABC Theatre in Brussels. It was, Len Hamilton believed, the first time a large group chartered an airplane specifically to attend an ice show. In 1949, the "Féerie de la Glace" show played for a month in Luxembourg, starring Olympic Gold Medallist Micheline Lannoy of Belgium. 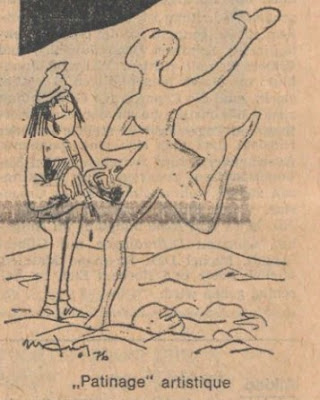 It really wasn't until the late sixties and early seventies that Luxebourg's burgeoning figure skating community started getting itself organized. The Féderation Luxembourgeoise des Sports d'Hiver was founded in 1968 and joined the ISU in 1971. Arsène Hostert served as the burgeoning federation's first President and Jean Ney its first Secretary. 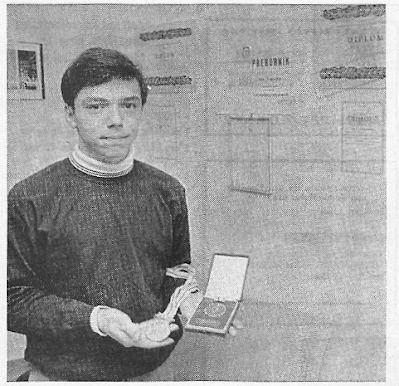 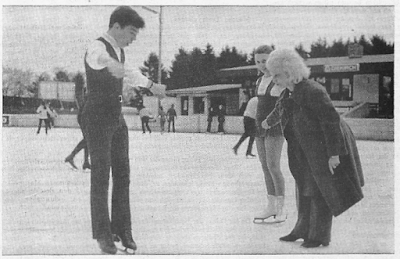 Pavel Čechmánek
Enter Pavel (Paul) Čechmánek. The young skater's family had emigrated to Switzerland from Czechoslovakia as political refugees in 1969. At the age of eleven, Čechmánek won the Czechoslovakian junior title and was considered a top prospect for the 1972 Olympic team. He took lessons from Arnold Gerschwiler in Switzerland and applied to ISU to represent Switzerland in Sapporo, but was flatly turned down. In Davos, his family became acquainted with Arsène Hostert. As a result of this meeting, the Čechmánek family moved to Luxembourg in October of 1971 and commenced training at the Beforter rink with Pavel's mother acting as his coach. French judge and author Jeanine Hagnauer came to observe him and suggested, "Why not skate for France? What worth to your little country does he be?" With no one to compete against, Pavel was appointed as Luxembourg's champion but the ISU still refused to let the teenager compete internationally because he wasn't representing the country of his birth and was a political refugee. Roger Krieps, writing of Čechmánek's plight in the October 20, 1972 issue "d'Letzeburger Land", urged the fledgling Luxembourg Skating Association to fight for Čechmánek but acknowledged the orgainization was "still weak" to fight the almighty ISU. The Association finally succeeded and Čechmánek made history as the first Luxembourger to compete at the European and World Championships. 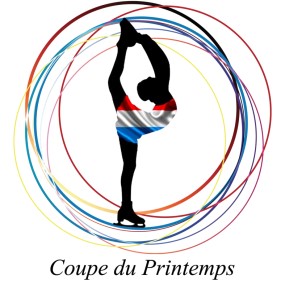 In 2003 and 2004, Anna Bernauer made history as the first woman to represent Luxembourg at both the European and World Championships. To date, only two skaters from Luxembourg have ever competed at the Winter Olympics. Patrick Schmit was the first in 1998 and Fleur Maxwell the most recent in 2006. Small but mighty, Luxembourg continues to produce very talented young skaters who are keeping the grand duchy on the map.

Skate Guard is a blog dedicated to preserving the rich, colourful and fascinating history of figure skating and archives hundreds of compelling features and interviews in a searchable format for readers worldwide. Though there never has been nor will there be a charge for access to these resources, you taking the time to 'like' on the blog's Facebook page at http://www.facebook.com/SkateGuard would be so very much appreciated. Already 'liking'? Consider sharing this feature for others via social media. It would make all the difference in the blog reaching a wider audience. Have a question or comment regarding anything you have read here or have a suggestion for a topic related to figure skating history you would like to see covered? I'd love to hear from you! Learn the many ways you can reach out at http://skateguard1.blogspot.ca/p/contact.html.
Posted by Skate Guard Blog at January 22, 2022
Email ThisBlogThis!Share to TwitterShare to FacebookShare to Pinterest
Newer Post Older Post Home