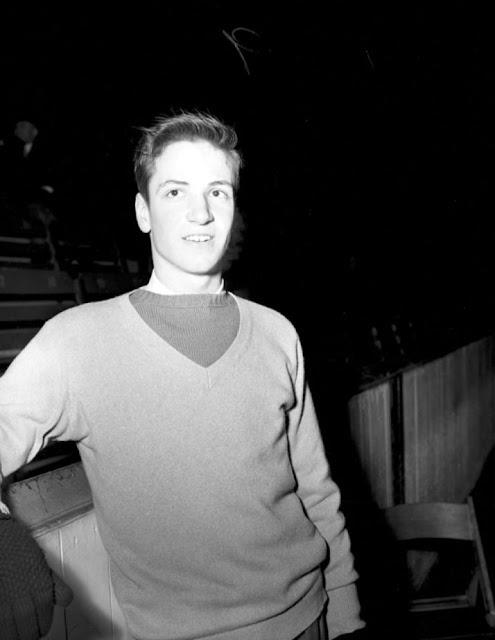 "Whether you are skating a competition or a carnival, do not be mechanical. No two skaters skate alike really. Do not leave your personality on the barrier when you go out to skate. Take it with you and use it." - Peter Firstbrook, "Skating" magazine, November 1953

The youngest of Newman and Winnifred (Sprott) Firstbrook's three children, Peter Sprott Firstbrook was born May 11, 1933 in Toronto, Ontario. He came from a family of manufacturers and his grandfather held patents for a Sealing Device for Hasp Fasteners and a Crosscut Table Saw. 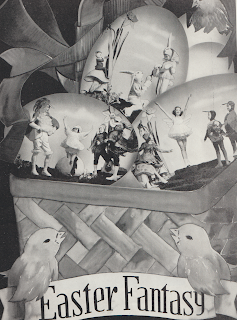 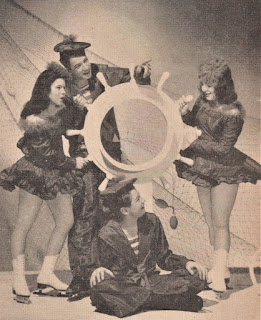 While his father and grandfather were busy at the drawing board, young Peter was showing an inventive spirit on his own on the ice at the Toronto Skating Club. He caught the 'skating bug' from his uncle Hubert Sprott, a pre-War Canadian Champion in the fours and junior men's divisions. At the age of fourteen, he made his first trip to the Canadian Figure Skating Championships. In the junior pairs competition with partner Mary Kenner, he finished third. 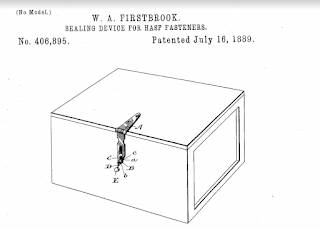 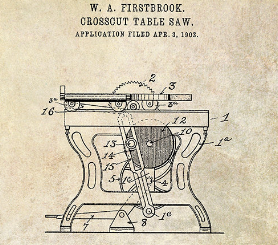 In 1949, Peter finished second in the junior men's competition behind Donald Tobin of the Minto Skating Club and second in the fours competition with Kenner, Vera Smith and Peter Dunfield. Firstbrook's four went on to finish second that year at the North American Championships in Philadelphia. His strengths in both school figures and free skating forced him to abandon pairs and fours skating to focus solely on singles. It paid off. 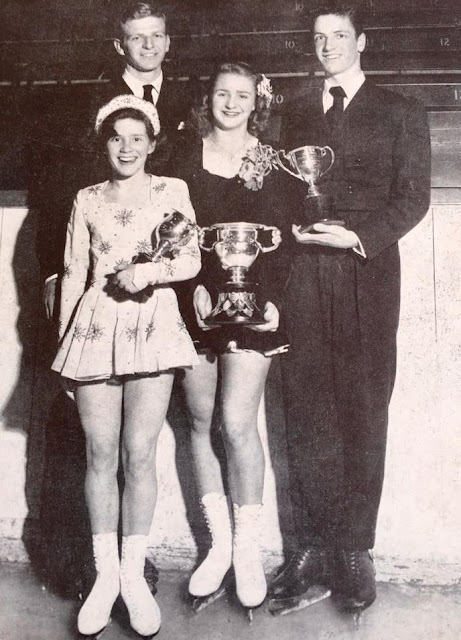 By the following year he won the junior men's title at the Canadian Championships in St. Catharine's, Ontario. It was clear by this point that he was a skater that was going places. A reporter for the "Georgetown Herald" noted on April 19, 1950 that attendees at the Georgetown Skating Club's Ice Revue "were loud in their praise [for] the effortless grace of Peter Firstbrook, who is in the opinion of experts the coming world champion (he is only 17 years old now)." 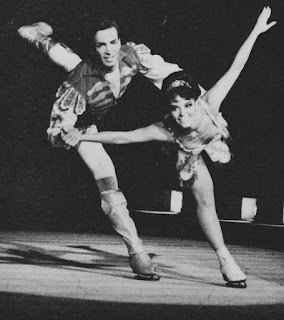 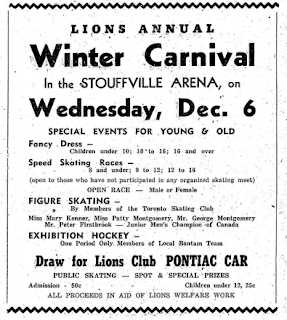 
At six feet tall and one hundred and sixty pounds, with black hair and green eyes, Peter was a commanding presence on the ice even as a teenager. A student of legendary coach Sheldon Galbraith, he made the smooth transition from the junior to senior ranks, winning the 1951 Canadian senior men's title in Vancouver in a convincing fashion. 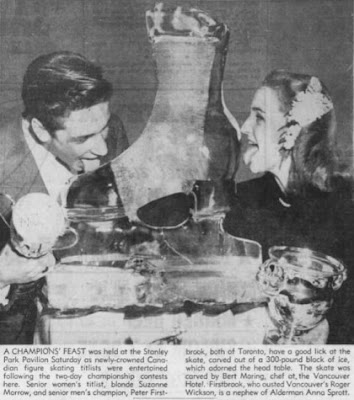 In winning the 1951 Canadian Championships, Peter unseated Roger Wickson, the defending champion, in Wickson's home city as well as another Vancouver skater, Billy Lewis. It's safe to say he probably wasn't a popular winner in British Columbia that year. 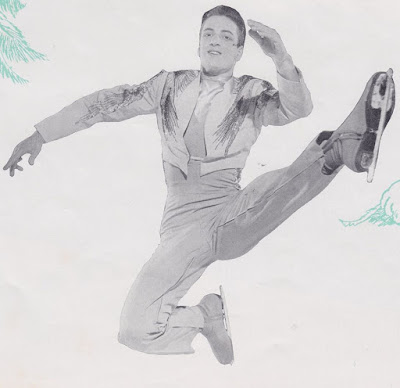 At Peter's first international competition as a singles skater, that year's North American Championships at the Glencoe Club in Calgary, he finished just off the podium behind a trio of extremely talented American skaters: Dick Button, Jimmy Grogan and Hayes Alan Jenkins. The February 16, 1951 issue of the "Canadian Observer" described his performance at that year's Sarnia Figure Skating Club annual carnival as "sheer lyricism." 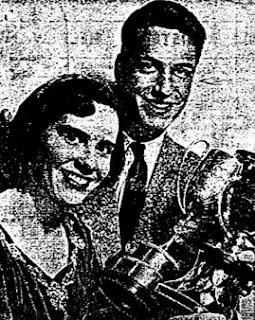 Repeating as Canadian Champion in 1952, Peter earned a spot on the Oslo Olympic team, where he finished an incredible fifth ahead of Italy's Carlo Fassi and France's Alain Giletti. Although fourth in both phases of the competition, movement in the standings in the free skate kept him down a peg in the overall standings. Still, who finishes fourth at the Olympics in their second international competition as a singles skater these days? Pretty impressive if you ask me! At the World Championships that followed in Paris, he dropped a few spots in the standings down to seventh. 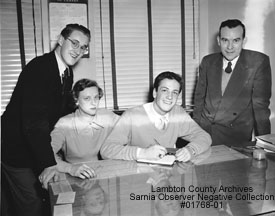 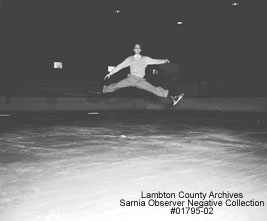 The following year, Peter won both the school figures and free skate at the Canadian Championships in Ottawa to retain his senior men's title for the third consecutive year ahead of Charles Snelling and Peter Dunfield. After finishing second at the 1953 North American Championships in Cleveland behind Hayes Alan Jenkins and seventh at the 1953 World Championships in Davos, he turned professional at the age of twenty. 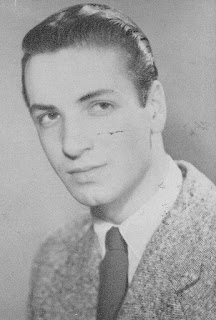 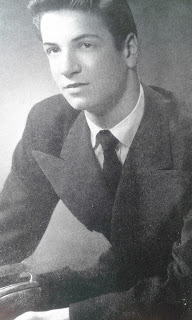 Peter joined Arthur Wirtz' Hollywood Ice Revue in December 1953, performing alongside Barbara Ann Scott as a replacement for fellow Canadian Champion Michael Kirby. In addition to solo performances, he played Prince Charming to Scott's Goldilocks. By December 1954, he had left the troupe, replaced by his former competitor Jimmy Grogan, and was teaching at the London Skating Club in Ontario, as well as in neighbouring towns St. Mary's, Exeter and Strathroy. He later joined the cast of Holiday On Ice, touring in Europe and South America. 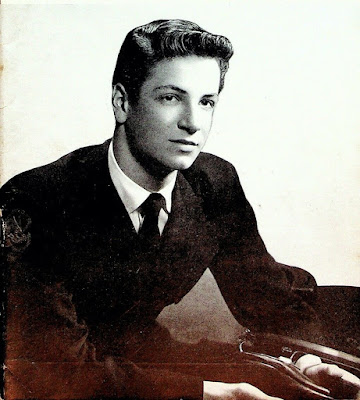 After suffering an injury while skating in the "Winter Wonderland" show at Wembley in 1958, Peter returned to Canada to attend Upper Canada College and then St. Lawrence College in Canton, New York so that he could be near Lake Placid. He later taught skating in Northern Ontario and Banff, Alberta, retiring in the late sixties because (according to his mother) "he was sick of being cold." 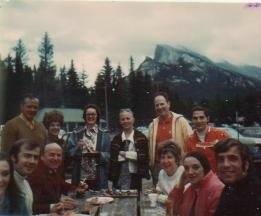 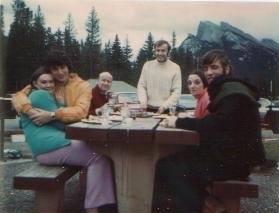 Photos courtesy Diana Flynn. Circa 1968/69. Peter Firstbrook is in the front right of both.

Abandoning the sport entirely, Peter moved to an artists community in Estado Libre y Soberano de Guanajuato, Mexico. Echoes of another Canadian Champion anyone? While there, he wrote children's books.

Gordon Crosland, a one-time partner of Peter's recalled, "He was a good artist both on the ice and with a pencil. His brain was quick, smart, very witty, and always fun to be around. His sketches were excellent and often leaned toward the naughty...  He had made it clear early on in our relationship that he was promiscuous and that would never change...  Peter truly was his own person. It was a shock when I was notified of Peter’s death in the 80's. He was still a young man."

Peter passed away at the age of fifty one on February 22, 1985, leaving behind his mother, brother, sister and a whole lot of Canadians who thought the world of his skating... and yet today, sadly few people even remember his name.

Skate Guard is a blog dedicated to preserving the rich, colourful and fascinating history of figure skating. Over ten years, the blog has featured over a thousand free articles covering all aspects of the sport's history, as well as four compelling in-depth features. To read the latest articles, follow the blog on Facebook, Twitter, Pinterest and YouTube. If you enjoy Skate Guard, please show your support for this archive by ordering a copy of the figure skating reference books "The Almanac of Canadian Figure Skating", "Technical Merit: A History of Figure Skating Jumps" and "A Bibliography of Figure Skating": https://skateguard1.blogspot.com/p/buy-book.html.
Posted by Skate Guard Blog at July 18, 2017
Email ThisBlogThis!Share to TwitterShare to FacebookShare to Pinterest
Newer Post Older Post Home