A Skeleton In The Rink Closet 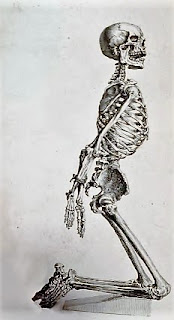 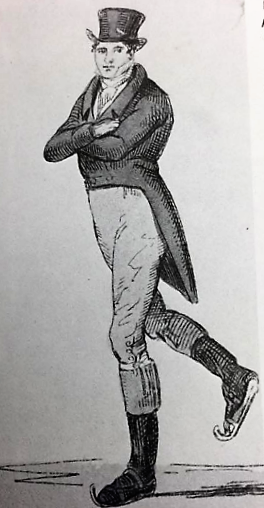 In 1772, the first English instructional book about figure skating, "Treatise On Skating", was penned by "Captain" Robert Jones. It educated would-be skating aficionados on inside and outside edges, stopping, spirals, spread eagles, changes of edge, backward skating, three turns and primitive figures. Ellyn Kestnbaum's book "Culture On Ice: Figure Skating And Cultural Meaning" noted that Jones' book "emphases on arm positions and finishing each move and illustrations of elegantly dressed and posed skaters indicated that the image skated conveyed to onlookers was at least as important as accomplishing the moves. People who took up skating learned, from experts such as Jones and from the more accomplished skaters they encountered on the ice, not only to enjoy the kinesthetic experience of skating movement but also to convey messages about their standing as skaters through such codes as controlled posture and polished movement on the ice." Rictor Norton's essay "Ice Skating In The 18th Century" further mused, "Skates manufactured to Jones' designs could be bought at Riccard's Manufactory in London. He was one of the first people to advocate the firm attachment of the skates to the shoes (by means of screws through the heels) rather than by means of straps and clips, in effect making the skate integral (previously skaters had to keep retying the skates to their shoes, and they kept falling off). He wrote, 'An easy movement and graceful attitude are the sole objects of our attention.'" 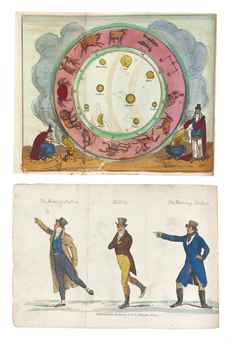 But who was this "Captain" Robert Jones? The blog The Queerstory Files summarized, "Robert Jones was born in north Wales in around 1740... [He] had a fascination for fireworks which were popular forms of entertainment at the time. Because of his fascination none other than the future Prime Minister, William Pitt the Elder, enlisted Robert into the army – where else but into the artillery – and he joined the barracks at the Woolwich arsenal. From there Robert was to rise through the ranks to Lieutenant (not captain, as he was often reported as being and the rank under which his books were published). His love of fireworks stayed with him, and in 1765 published 'A New Treatise on Artificial Fireworks'." 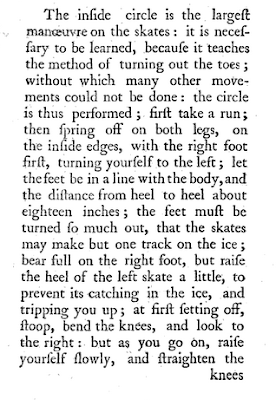 Excerpt on "The Inside Circle" from "Treatise On Skating"

Interestingly, the publication of his second book - his "Treatise On Skating" would hardly be the most significant moment of the year 1772 for the Jones, the son of a tailor. In another of Rictor Norton's thoroughly researched essays, "The First Public Debate about Homosexuality in England: The Case of Captain Jones, 1772" an extensive case study is offered on Jones' 1772 trial. Norton noted, "In July 1772 Captain Robert Jones was convicted at the Old Bailey for sodomizing a thirteen-year-old boy, and sentenced to death. The sentence was respited for further consideration, and in October Jones was granted a Royal Pardon on condition he leave the country.''

Norton's research, which includes links to dozens of primary sources and a full transcript of Jones' trial including testimony from the thirteen year old victim Francis Henry Hay, makes it painfully clear that this was a pretty clear cut case of abuse and let me tell you, it's not pretty. I'll spare you all of the details but let it suffice to say in reading the transcript from the trial, it's quite evident that this figure skating pioneer got a lucky break with his pardon in an era when capital punishments were frequently doled out like candy.

"Captain" Jones received his pardon on September 12, 1772, was discharged from Newgate prison less than two months later and according to a newspaper clipping on file with the British Library was living in the South of France with "with a lovely Ganymede (his footboy)" by June of the next year. Unreal! He really learned his lesson, didn't he? Over a decade later, Jones turned up in of all places Turkey, where he re-entered military service. A December 6, 1788 article from "The Times" indicated that in the end karma might have come back to bite him in the ass: "Captain Jones, as far as we have been able to trace him, never had employment immediately from the Grand Signior; although at different periods in the pay of several Beys; and in the service of one of them he was at the time of their rebellion against the Sublime Porte, and reported to have been put to death, with near 30,000 others of the vanquished party."

Not every story is pretty. Not every story does have that happy ending... but this deep, dark elephant in the room that has long been written out of accounts of the sport's history has now been dusted off and put on display once again.

Skate Guard is a blog dedicated to preserving the rich, colourful and fascinating history of figure skating and archives hundreds of compelling features and interviews in a searchable format for readers worldwide. Though there never has been nor will there be a charge for access to these resources, you taking the time to 'like' on the blog's Facebook page at http://www.facebook.com/SkateGuard would be so very much appreciated. Already 'liking'? Consider sharing this feature for others via social media. It would make all the difference in the blog reaching a wider audience. Have a question or comment regarding anything you have read here or have a suggestion for a topic related figure skating history you would like to see covered? I'd love to hear from you! Learn the many ways you can reach out at http://skateguard1.blogspot.ca/p/contact.html.
Posted by Skate Guard Blog at August 08, 2017
Email ThisBlogThis!Share to TwitterShare to FacebookShare to Pinterest
Newer Post Older Post Home