From Macaroni To Antiquary: Storer's Shadow 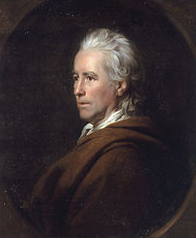 Born March 12, 1746 in the British colony of Jamaica, Anthony Morris Storer is a shadowy footnote at best in skating history. He grew up in affluence, owing to the fact that his father Thomas Storer was a wealthy sugar merchant in Belle Isle. And yes, that means exactly what you might be thinking... slavery. Anthony left Jamaica though, moving to England, where he attended the University Of Cambridge in his twenties, leaving without a degree.

In a 2004 thesis published in "The Volume Of The Walpole Society", historian Lucy Peltz asserted that "Storer was, as a youth, a rake and a dilettante... After Cambridge he 'figured in the circle of bon-ton as the Colyphaeus of fashion and led the dancing world at Balls'.  A crony of Lords North and Carlisle, Storer had a modest career as a member of Parliament, serving on Lord Carlisle's conciliatory mission to meet the American rebels in 1778 and ending as Secretary to the Legation in Paris in 1783. Due to a 'persistent bilious ailment' which forced him to take up more temperate pursuits, paired with the growing popular appeal of the national past, by 1781, Horace Walpole could voice surprise at Storer who he considered to be a 'Macaroni... turned antiquary.'" His surprise? This 'rake' had reinvented himself as one of England's foremost collectors of antiquarian books and made a name for himself 'extra-illustrating' or 'Grangerizing' previously published works.

Combing through the primary source material about Storer's life, the term 'macaroni' (meaning dandy) certainly seems to apply to a tee. He never married. In fact, no mention of any love life whatsoever seems to crop up. His entry in the "National Dictionary Of Biography" refers to him as "a man of fashion", noting his "sense and good nature" and that he "blossomed in the gay world of London, becoming conspicuous as the best dancer and skater of his time, and beating all his competitors at gymnastics. He excelled, too, as a musician and conversationalist." He also fenced and danced the minuet with the Duchess of Devonshire. His political career actually ended in a huff in December 1783. When his friends were ejected from office by the Duke Of Manchester, he opted not to seek re-election, got in a fight with his old 'schoolmate and longtime' friend Lord Carlisle and changed his will to write him out of it. After that, he complained of having nothing to do and spent all of his money collecting books and prints. His biographical sketch notes that his "expensive tastes and the love of cards kept him in comparative poverty until his father's death. In 1786 he was reading the Latin and Greek writers half the day with Dr. Edward Harwood... in April 1798 he languished for employment; but his father's death... brought him an ample fortune." With this fortune, Storer bought many more books and Purley Park, where he "expended a considerable sum improving and ornamenting the grounds." He died on June 28, 1799 "of a deep decline" in his health, leaving his not so hardly earned fortune to his nephew - also named Anthony Storer - and one thousand dollars to another 'dandy' named James Hare. Make of it all what you will. If your Georgian era gaydar isn't going off yet, let's get back to that detail we glossed over earlier: skating.

Robert Jones, the extremely controversial author of "The Art Of Skating", made zero mention of this Jamaican born dandy in his 1772 book yet numerous nineteenth century sources seemed to echo his prowess on blades. For example, "Nash's Pall Mall Magazine" related Storer as the "Admirable Crichton of his day: he not only excelled in dancing, fencing, skating, but was celebrated as a poet and a wit." Biographer John Nichols wrote "He was the best dancer, the best skater of his time... He excelled too as a musician, and a disputant, and very early as a Latin poet. In short, whatsoever he undertook he did con amore, as perfectly as if it were his only accomplishment." 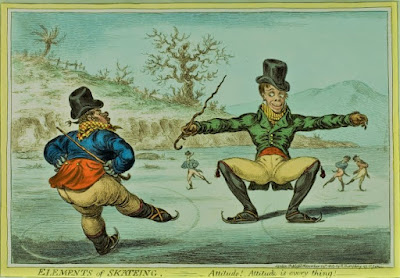 In Jones' day, skaters of societal standing in England - like the long forgotten dandy Storer - would have quietly excelled at the Flying Mercury scud, the spiral, the serpentine line, rolls and edges on an inside circle on frozen British ponds. There were no competitions or medals; no television cameras or tweeting fans. In their early study of the magic of figure skating, skaters like Storer were alone with the sound of their blades carving into the ice, trying to make sense of the sorcery of it all. It all had to be rather mysterious! And that's exactly how Phillip Gaskell described Storer in "The Book Collector" in 1956. "There is something mysterious about Anthony Storer," wrote Gaskell, noting how he always seemed to skate in the background of the lives of others in the political and literary society of his era. Sometimes history produces more questions than it does answers... and sometimes that mystery forces you to accept that there are dusty corners of history we may never fully understand.

Skate Guard is a blog dedicated to preserving the rich, colourful and fascinating history of figure skating and archives hundreds of compelling features and interviews in a searchable format for readers worldwide. Though there never has been nor will there be a charge for access to these resources, you taking the time to 'like' on the blog's Facebook page at http://www.facebook.com/SkateGuard would be so very much appreciated. Already 'liking'? Consider sharing this feature for others via social media. It would make all the difference in the blog reaching a wider audience. Have a question or comment regarding anything you have read here or have a suggestion for a topic related to figure skating history you would like to see covered? I'd love to hear from you! Learn the many ways you can reach out at http://skateguard1.blogspot.ca/p/contact.html.
Posted by Skate Guard Blog at August 10, 2017
Email ThisBlogThis!Share to TwitterShare to FacebookShare to Pinterest
Newer Post Older Post Home