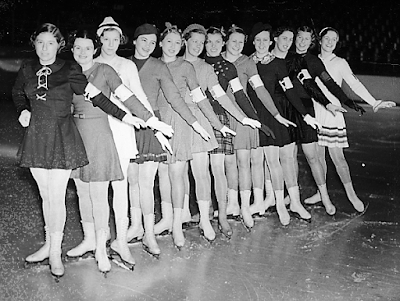 While much of the world was focused on the alarming rise of Nazism in Germany, the newly inaugurated President Franklin Delano Roosevelt and the Spanish Civil War, all the figure skating world cared about was the 1937 World Figure Skating Championships. As was common at the time, the men's competition was held separately from the women and pairs events, with the former taking to the ice to compete on February 12 and 13, 1937 at the Wiener Eislaufverein in Vienna and the latter competing on March 1 and 2, 1937 at Empress Hall, Earl's Court in London, England. 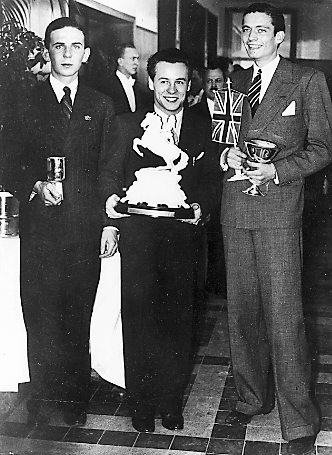 Though well-attended, the men's competition that year received less press coverage than usual in Austria. This was perhaps owing to the fact that after Karl Schäfer had turned professional. Many felt the title would go to Great Britain's Henry Graham Sharp, who had been the runner-up at the World Championships in Paris the year prior. To the surprise of many, Austria's Felix Kaspar utterly dominated the competition, placing first on every judge's scorecard in both the school figures and free skate. Sharp was second in the figures but placed behind his teammate, Freddie Tomlins, in the free skate. Outside of the top six after the figures, Tomlins was only able to move up to fifth after his
dazzling free skating performance. Eighteen year old Elemér Terták of Hungary defeated Austria's Herbert Alward four judges to one for the bronze. 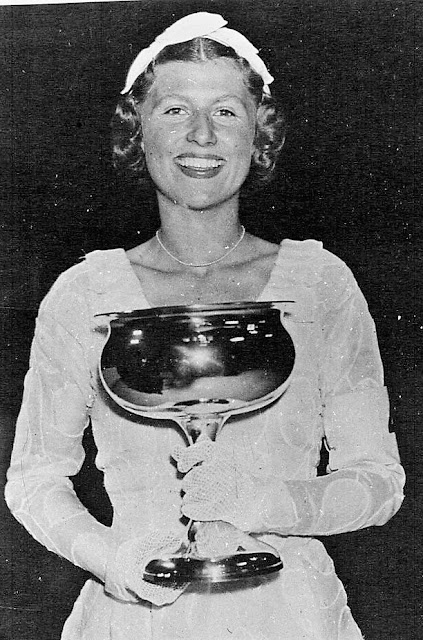 If the men's competition in 1937 received little attention, the women's and pairs events were the polar opposite. More than seven thousand spectators crowded Earl's Court to cheer on teenagers Cecilia Colledge of London and Megan Taylor of Manchester, both considered worthy successors to fill the title vacant after Sonja Henie left for Hollywood. BBC Radio even interrupted the National Programme to give listeners at home a play-by-play of the proceedings. Colledge handily took the lead over Taylor by some nineteen points in the school figures, all but giving her the lock on the title before she even stepped foot on the ice for her free skate. Swedish skating historian Gunnar Bang recalled that Vivi-Anne Hultén, third after figures, delivered a free skate reminiscent of Gillis Grafström: musically sensitive but lacking in technical difficulty. In contrast, Hedy Stenuf packed her program full of double jumps but her music served as a mere backdrop for her acrobatic highlights. Taylor, in a silver dress trimmed with blue feathers, had the most speed and power of the top skaters but Colledge showed cool precision and seemed to find a balance between the technical and artistic side of free skating. Six judges had Colledge first in the free skate, with the Swedish judge preferring Taylor and placing Colledge and Hultén in a tie. Colledge won with 2528.9 points to Taylor's 2488.0, with Hultén, Stenuf and Emmy Puzinger trailing in positions third through fifth.


In seventh was Belita Jepson-Turner, with ordinals ranging from fifth through tenth. Former World Champion Fritz Kachler, judging for Austria, had her third in the free skate... ahead of Hultén both in the free skate and overall. Jacline Brown, reviewing the event for French newspaper "Le Figaro", raved about Belita: "She is certainly the most acrobatic skater and also the youngest in this tournament. Her positions are impeccable and her lightness, her flexibility and dance training allow her to do anything." 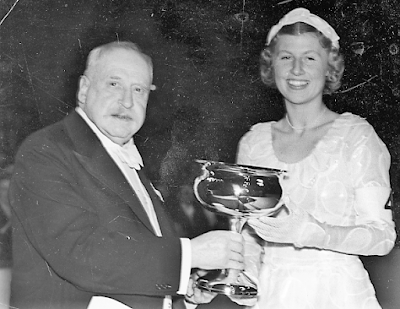 In winning, Cecilia Colledge became the first British woman to claim the World title since Madge Syers in 1907. The "London Daily Telegraph" raved that her free skating performance was "of an exceptionally high order" and within a week of winning, she boarded a steamship and crossed the Atlantic to give exhibitions in Toronto and Montreal. 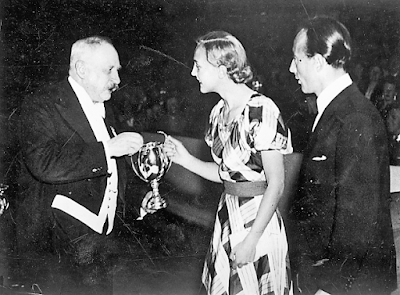 Though Germans Maxi Herber and Ernst Baier skated exceptionally well in London and earned 80.1 points for their effort, some felt that Austrian siblings Ilse and Erik Pausin would come dangerously close to defeating them. British reporters posited that the next time the two pairs met, the Pausin's could very well dethrone the reigning Olympic Champions. 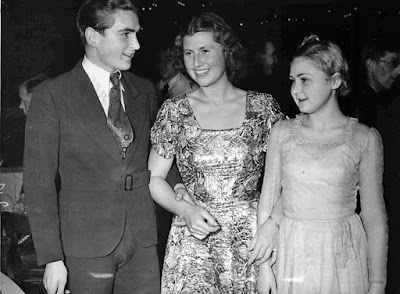 When the marks were tallied, five of the seven judges had Herber and Baier first. The Austrian judge tied the two teams and British judge Jack Ferguson Page had the Pausin's ahead of their elder rivals and Britons Violet and Leslie Cliff (who won the bronze) down in fifth. Herber and Baier's victory was remarkable in that only months earlier during a practice session in Garmisch-Partenkirchen, an 'inexpert' skater collided with Maxi, injuring her knee and ankle. She spent several weeks in a cast.

Skate Guard is a blog dedicated to preserving the rich, colourful and fascinating history of figure skating and archives hundreds of compelling features and interviews in a searchable format for readers worldwide. Though there never has been nor will there be a charge for access to these resources, you taking the time to 'like' on the blog's Facebook page at http://www.facebook.com/SkateGuard would be so very much appreciated. Already 'liking'? Consider sharing this feature for others via social media. It would make all the difference in the blog reaching a wider audience. Have a question or comment regarding anything you have read here or have a suggestion for a topic related to figure skating history you would like to see covered? I'd love to hear from you! Learn the many ways you can reach out at http://skateguard1.blogspot.ca/p/contact.html.
Posted by Skate Guard Blog at August 12, 2017
Email ThisBlogThis!Share to TwitterShare to FacebookShare to Pinterest
Newer Post Older Post Home