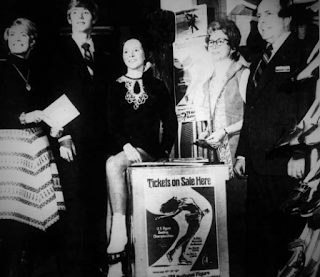 Dawn's "Knock Three Times" topped the music charts and the cost of a brand new cassette recorder was twenty nine dollars. The world was mourning the victims of the Ibrox tragedy in Glasgow and the death of fashion icon Coco Chanel... and from January 27 to 31, 1971, one hundred and thirty three of America's best skaters descended on Buffalo, New York to compete in the 1971 U.S. Figure Skating Championships. The event, which was televised by ABC's Wide World Of Sports, was conducted at two venues: the Dann Memorial Rink at The Nichols School and the ten thousand seat Buffalo War Memorial Auditorium. 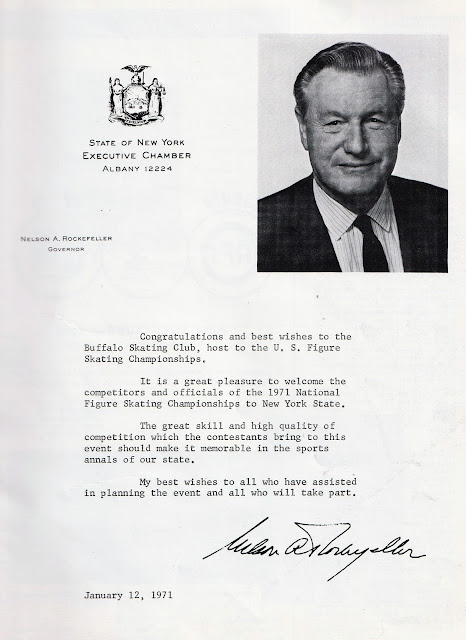 The selection of Buffalo as the host of the U.S. Championships as part of that year's celebration of the fiftieth anniversary of the founding of the USFSA was no coincidence. The Buffalo Skating Club was one of the first seven 'founding clubs' of the USFSA yet had never been given the opportunity to host the Nationals before. 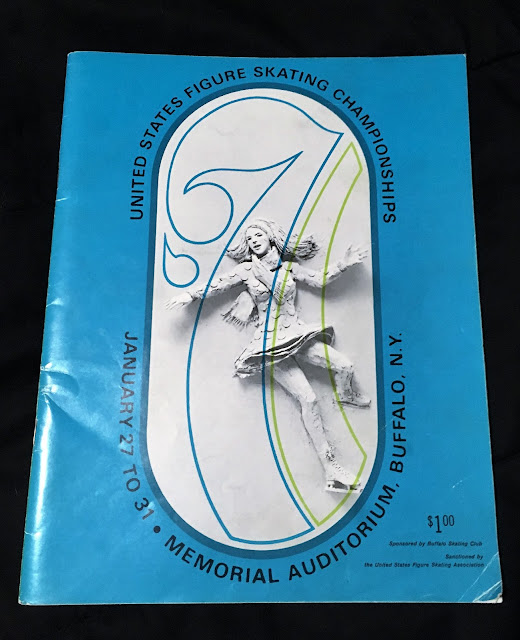 In a novel attempt at marketing, a block of tickets were sold from a booth at AM&A's Sheridan Plaza store while shoppers enjoyed a meet and greet with local junior pairs team Cindy Conner and Warren Keahey and a live performance by the Ken-Ton Symphony Orchestra. The event was largely a sell-out despite inclement weather and featured a number of notable performances. Let's take a quick look at how it all played out!

"Put Me Off At Buffalo" by Welcome Little Stranger. Used with permission. 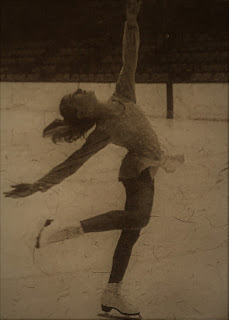 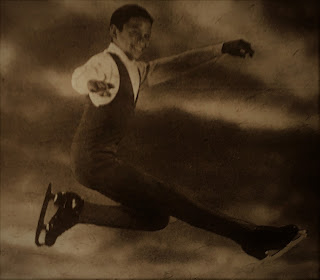 In the novice women's event, thirteen year old Laurie Brandell of Los Alamitos, California took the lead over her eight competitors in the school figures and maintained it to win the gold. Barbara Saloman moved up to take the silver ahead of Patti Gyllenswan of Culver City, California, who had been second in figures. In the novice men's event, twelve year old John Carlow, Jr. of Scottsdale, Arizona (the youngest competitor) dominated the figures, earning first place ordinals from all five judges and a sizable lead over fourteen year old Terry Kubicka of Cypress, California. Kubicka rebounded with an outstanding free skate to defeat the early leader. Mark Henry of the Long Island Figure Skating Club took the bronze. 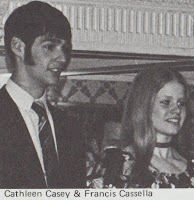 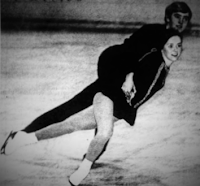 Sixteen year old Cathleen Casey and seventeen year old Francis Cassella of Hartford, Connecticut took a narrow lead over Myra and David Chrien early in the junior (Silver) dance event and maintained it. The bronze went to Beatrice Sexton and James Thorn. In 1970, Jim Hulick had won the silver medal in the junior pairs event with Laurie Brandell. Teaming up with a new partner, Cynthia Van Valkenberg, proved to be the ticket to the top of the junior pairs podium in Buffalo. The silver went to siblings Gale and Joel Fuhrman and the bronze to Michelle McCladdie and Richard Ewell III. 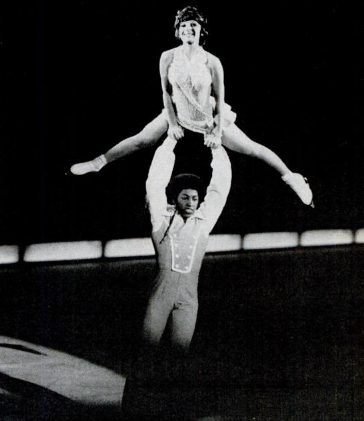 McCladdie and Ewell's medals were the first ever medals won in the pairs event at the U.S. Championships by an African American team. Fifteen year old Melissa Militano of Dix Hills, New York took the junior women's title ahead of Mary Marley and Patricia Shelley, landing a triple toe walley... a rarity in the junior ranks at the time. 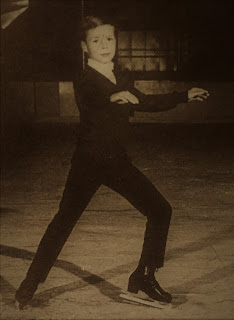 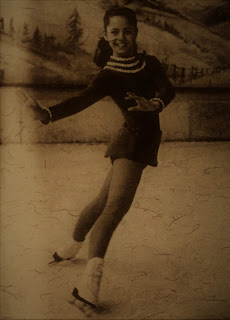 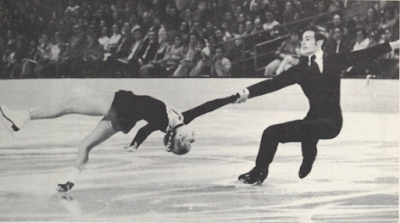 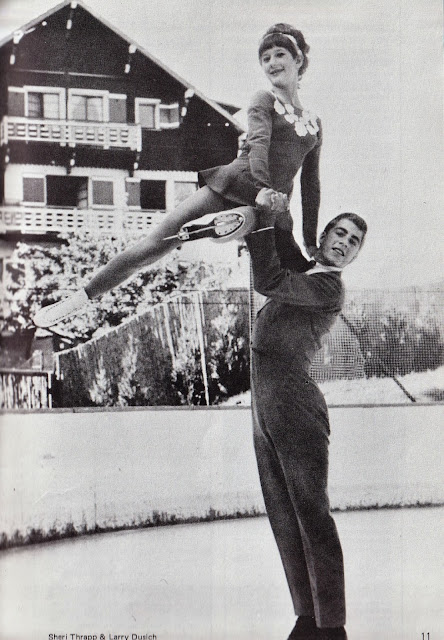 Starbuck and Shelley only expanded their lead in the free skate, debuting two new elements - the split double twist and a three position overhead lift - in their performance to music from Tchaikovsky's "Swan Lake". Their only slight error was a missed side-by-side double flip. They took the gold with first place ordinals from every single judge. The Militano's missed a death spiral and settled for silver, ahead of Barbara Brown of Edgewater, California and Doug Berndt of Denver, Colorado, who suffered a scary fall on an overhead lift early in their free skate. Sherri Thrapp and Larry Dusich moved up to place fourth ahead of hometown favourites Kathy Mormile and Gregory Taylor to the disappointment of the Buffalo crowd.

Many were anxious to see nineteen year old Richard Ewell (the previous year's junior men's champion) go up against the top senior men, especially after his medal win in the junior pairs event. Unfortunately, the nineteen year old from Los Angeles wasn't among the twelve men vying to fill the shoes of Tim Wood, who had left the senior men's title up for grabs after turning professional. 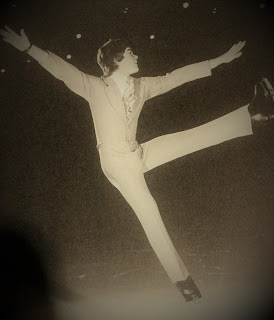 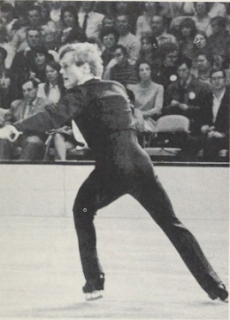 Entering the event, the heavy favourites were twenty one year old John 'Misha' Petkevich, a Harvard student from Weston, Massachusetts and eighteen year old Ken Shelley, a charismatic young skater from Downey, California who excelled in both singles and pairs. After a fierce battle, Petkevich came out on top ahead of Shelley, Gordon McKellen Jr., and sixteen year old James Demogines of Pacoima, California, the previous year's silver medallist in the junior men's event. A young Charlie Tickner placed tenth in his first trip to the U.S. Championships as a senior. 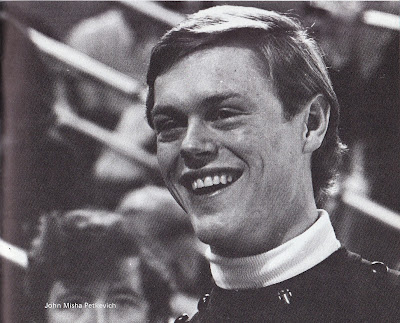 In the April 1971 issue of "Skating" magazine, Virginia Gilley recalled, "John Misha Petkevich was in a class by himself... His style is smooth and lyrical with masculine ballet grace. The piano concerto music was perfect for him, and he used the music to every lyrical advantage. His jumps were a work of art, very stylish, with an incredible height, and he lands with enviable finesse and unbroken stretch. His program started out with a very high tuck Axel that elicited one of several audible 'ah's' from the crowd. His triple jump was a Salchow; a later planned triple loop was eliminated because of a skip in the music recording. Misha's marks for interpretation were one perfect 6.0, two 5.8's and the rest 5.9's. He probably would have had similar technical marks had he not come to grief on his final double Axel." 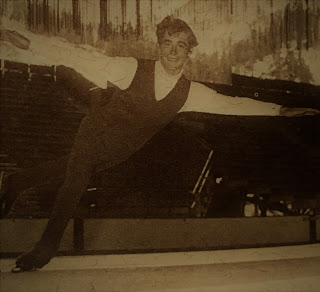 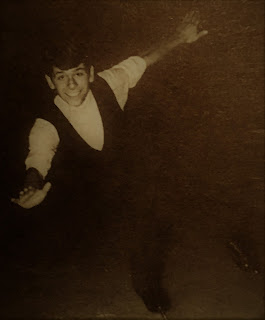 In his December 2013 interview on "The Manleywoman SkateCast", Petkevich recalled, "It was a fun year. Nationals were in Buffalo and there was a ton of snow. Harvard had this thing where you had to take your exams at the same time as everyone else, so I had to go to Rochester or somewhere and find a proctor to take my exam before the competition."

Twelve women contended to win the 1971 senior women's title. The heavy favourite was, of course, seventeen year old Janet Lynn, the two time and reigning U.S. Champion, but the media was trying to fabricate a fierce rivalry between her and Julie Lynn Holmes. In reality, the two were good friends.

The results were so close behind Lynn and Holmes in the school figures that the accountants spent nearly two hours hard at work before declaring that Holmes won by a narrow margin. Holmes planned an inside double Axel in her free skate, but it wasn't enough to fend off the beautiful free skating performance of Janet Lynn, who missed a triple toe-loop attempt but still managed to absolutely mesmerize the Buffalo crowd. Fifteen year old Suna Murray earned a standing ovation and a trip to the World Championships after delivering an outstanding free skate to win the bronze medal ahead of Dawn Glab and Dorothy Hamill.

In the April 1971 issue of "Skating" magazine, Virginia Gilley recalled, "Julie Lynn Holmes... shows improvement each time she appears. Dick Button commented that her program was better composed and organized. In previous presentations her jump landings seemed awkward and had a camel appearance. Her one major error was a very unsteady slip on a double Lutz, and this generated the omission of a double inside Axel, a move for which she is well-known. Janet Lynn... seemed very tense, but her program still flowed along. Although it was a bad fall [on the triple toe-loop], Janet showed no effect from it except for a bump on a double Lutz landing later in the program. Two of Janet's marks were 5.6 and 5.7, which were lower than Julie's. The remainder were 5.8's and 5.9's, higher than Julie's. The contest was hard fought, although Janet surpassed the other contenders in poise and style." 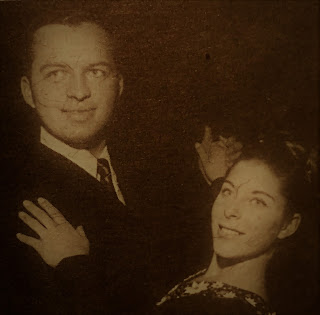 Making history as the first team in history to win four consecutive U.S. senior ice dance titles, eighteen year old Judy Schwomeyer of Indianapolis and twenty three year old James Sladky of Solvay, New York were arguably the biggest stars of the Buffalo Nationals in 1971. Adding more difficult footwork to their peppy Peanut Polka - which was adopted in an altered form by the ISU as the Yankee Polka - the talented Ron Ludington students dominated the ice dance event from start to finish. Quoted in "Skating" magazine in December 1970, Schwomeyer noted, "Jim and I have always tried to have such good unison that even if we should let go of one another we would still maintain the same distance apart and the same edges. Sometimes European couples seem to be fighting between themselves. We have tried to keep the tension between us to a minimum." For the second year, Ann and Harvey (Skip) Millier settled for silver. Lansing's Mary Karen Campbell and Johnny Johns, a nineteen year old college sophomore from Detroit, took the bronze. Johns competed in senior men's, pairs and ice dance in Buffalo without skipping a beat. 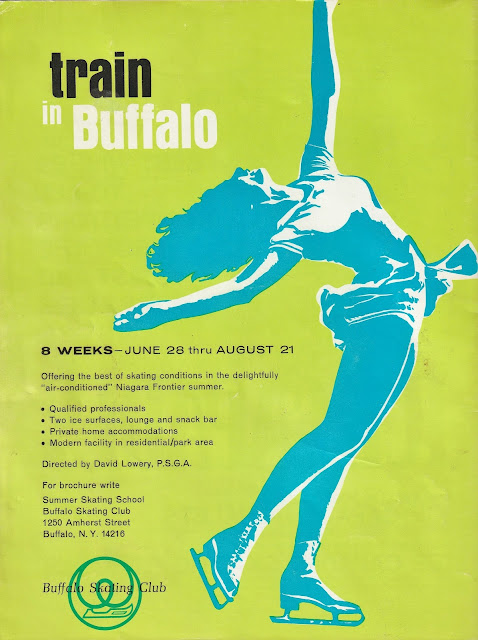 Following the event, The Buffalo Skating Club hosted an awards banquet for competitors, officials and their families. Frederick C. LeFevre, the USFSA President at the time, presented the winners with their medals and announced that The Harned Trophy, awarded to the club earning the most points overall, would be won by the Arctic Blades Figure Skating Club from California.

Skate Guard is a blog dedicated to preserving the rich, colourful and fascinating history of figure skating and archives hundreds of compelling features and interviews in a searchable format for readers worldwide. Though there never has been nor will there be a charge for access to these resources, you taking the time to 'like' on the blog's Facebook page at http://www.facebook.com/SkateGuard would be so very much appreciated. Already 'liking'? Consider sharing this feature for others via social media. It would make all the difference in the blog reaching a wider audience. Have a question or comment regarding anything you have read here or have a suggestion for a topic related to figure skating history you would like to see covered? I'd love to hear from you! Learn the many ways you can reach out at http://skateguard1.blogspot.ca/p/contact.html.
Posted by Skate Guard Blog at April 25, 2018
Email ThisBlogThis!Share to TwitterShare to FacebookShare to Pinterest
Newer Post Older Post Home