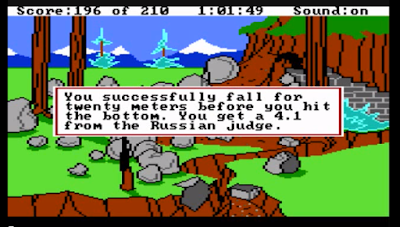 "You don't want to get Mrs. Randall for your driving test. She's like the Russian judge!" Let's face it. The trope of 'the Russian judge' has almost become a water cooler stereotype for any seemingly biased or unreasonably harsh adjudicator. Although skating judges from all corners of the world have been jeered and chastised, why is it that 'the Russian judge' has earned a spot in pop culture as the bad guy? The answer lies in figure skating's rich history.

Although skaters from Russia had of course participated in the World Championships many years previous, skaters representing The Soviet Union made their World debut in 1958. They were joined that year in Paris by Alexey Andrianov, the first Soviet judge at the World Championships. Aside from giving the top Soviet men's skater his highest placement in the free skate, Andrianov didn't really make any major judging foibles in Paris. In fact, prior to the time that skating was widely televised it was more often than not the Austrians who justly earned a reputation for questionable judging. 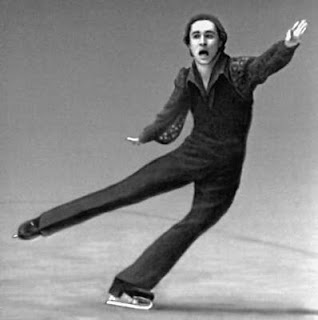 By the seventies, increased media coverage of figure skating in print and on television and radio put a spotlight on the issue of questionable (Bloc) judging. One might think the Cold War 'us versus them' mentality was the reason the trope of the 'Russian judge' holding up a low score stuck moreso than say, the Yugoslavian judge, but it wasn't all smoke and mirrors.

Questionable judging was so blatantly rampant by the mid seventies that the ISU instituted mandatory biennial judging seminars in an effort to ensure all judges were adequately educated. This meant everyone... The Soviet Sports Committee's judges included. By this time, Soviet judges were earning a persistently bad reputation for offering high marks and placements to their own skaters and making covert attempts to 'influence' judges from Satellite nations. The 1976 Winter Olympic Games in Innsbruck was a prime example. In the men's short program, Soviet judge Mikhail Drei placed Vladimir Kovalev in a tie for third when he placed sixth. In the free skate, the same judge placed Kovalev in a tie for first. The majority of the rest of the judges had him outside of the top four. Drei was suspended by the ISU following the incident. During the sixties, the ISU handed out a total of only seven suspensions. By 1975 - three years before the Soviet Union's ultimate suspension - they had handed out twenty seven! Soviet judges Tatiana Danilenko, Igor Kabanov, Boris Anokhin, Valentin Piseev and Evgenia Bogdanova received ISU suspensions from 1970 to 1977. In fact, Danilchenko, Kabanov and Bogdanova were suspended twice! At thirteen during this period, Soviet judges won the 'prize' for the most judging suspensions. 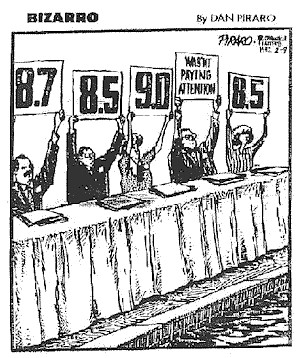 At the 1977 European Championships in Helsinki, previously suspended judge Evgenia Bogdanova placed a trio of Soviet men - Vladimir Kovalev, Yuri Ovchinnikov and Konstantin Kokora - first through third. They placed second, third and sixth overall. When Soviet skaters claimed three of the four gold medals awarded at the 1977 World Championships in Tokyo - with more flagrant bias exhibited from the judges - the ISU had enough. At a tension-filled meeting following that year's ISU Congress, the ISU Council took the unprecedented step of banning all Soviet judges from judging international competitions for an entire year "due to repeated national bias" shown during the previous four seasons. The decision was historic and spoke to an endemic problem in the amateur ranks in the seventies. ISU historian Benjamin T. Wright noted, "The rule in question [by which the Soviets were banned] provided that if the Judges of a Member had proved to be unsatisfactory or incompetent for several years, although the Member had been warned, it would lose the right to nominate judges for Championships. The theory behind the rule... is that since the Member is responsible for the training and knowledge of its Judges, it is also responsible for their performance." 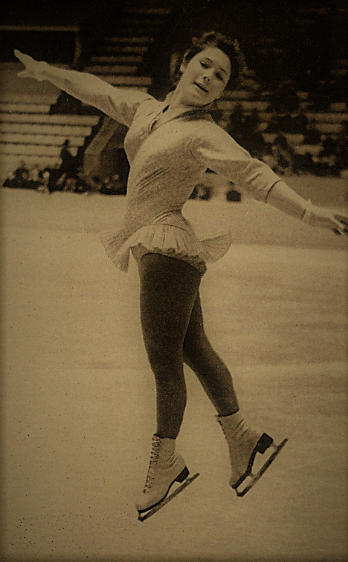 Tatiana Likhareva during her own competitive career. She was a three time Soviet Champion in the fifties.

After a failed protest campaign led by the Soviet Olympic Committee, like the cat that came back the very next day, the Soviet judges returned after their year long suspension. They were quickly up to their old tricks. The Soviet dance judge at the 1983 World Junior Championships received a three year suspension for "the violation of the basic principle of good sportsmanship, having attempted to influence other Judges in an attempt to obtain their support for skaters." At the forty first ISU Congress in late May 1986 in Velden, Austria, Tatiana (Likhareva) Danilenko, whose judging career was already stalled by the earlier blanket ban and her own previous judging suspensions, was again suspended for three years. She'd ignored the ISU's rule that a mandatory 0.1 deduction had to be given to any skater that fell on a jump and gave defending champion Alexandr Fadeev a 5.9 at that year's World Championships in Geneva when he'd fallen twice and missed another jump. Danilenko had Fadeev first on her scorecard and no other judge had him higher than third. He ultimately finished fifth in the free skate that year. In the February 11, 1988 "Free-Lance Star", American judge Claire Ferguson reflected on the incident, perhaps naively saying, "As judges, we wondered whether she just got confused. We can't imagine she would do that just because the Soviet Union told her she had to put her skaters first." Danilchenko was joined in exile that same year by another Soviet judge, Ludmila Kubashevskaya, who was suspended for one year for biased judging decisions over the two years previous.


Who can forget Ukraine's Yuri Balkov, who was caught on tape at the Nagano Olympics trying to rig the ice dance competition? After a one year ban, he was back. He was in Salt Lake City judging when the shit hit the fan... and was in Sochi rubbing elbows with Russian judge Alla Shekhovtseva, who was controversially seen hugging Adelina Sotnikova a big ol' hug after she sat on the panel of judges who judged her to be worthy of Olympic gold in Sochi. But wait, there's more... A May 1, 2002 article from "The New York Times" reminds us that "in 1999 Svyatoslav Babenko, a Russian judge, was barred for three years and Alfred Korytek of Ukraine for two years after they were caught on videotape exchanging signals during the pairs competition at that year's world championships. Appeals cut Babenko's suspension to 18 months and Korytek's to a year." Not to be outdone, Ukrainian judge Natalia Kruglova got herself a two year ban in 2012 and both Irina Nechkina of Russia and Liudmila Mikhailovskaya of Ukraine faced suspensions in 1993. The list goes on...

Why judges from Russia have always seemed to find themselves in the midst of controversy is anyone's guess. In his 1979 book "The Soviet Road To Olympus", author N. Norman Schneidman makes a rather bold hypothesis: "Since Soviet ethics does not recognize morality in general but rather a class and Communist morality which differs considerably from the ethical values and norms accepted in the West, the behaviour and actions of (Soviet athletes) are often misunderstood and misinterpreted by (Westerners) who are guided in their thoughts and actions by a code of values which makes it possible to pass judgement on members of Western society, but which may be useless when applied to people and athletes raised and educated in the Soviet state... While judges representing any country are exposed to the political influence and public pressure of their fellow-citizens, and most. . . tend to support athletes from their own countries, representatives of the Soviet Union have much less freedom in exercising their duties than their Western confreres."

Like everywhere else in society - from politicians to doctors to teachers to your own co-workers - there will always be people great at their jobs and others who aren't. Although it's important to recognize that judges from many countries - Canada, the U.S., Great Britain, Hungary, France, the Czech Republic and Finland included - have at one point been singled out by the ISU for being 'bad at their jobs', I can tell you from my own experience judging that a great MANY judges are educated, unbiased and passionate about what they do. But I can't help but chuckle at this quote from "Thin Ice", Jacqueline du Bief's book: "If I were asked for statistics, I would say that out of ten judges, four are incompetent, three are 'consciously' dishonest, and three are good judges."

Skate Guard is a blog dedicated to preserving the rich, colourful and fascinating history of figure skating and archives hundreds of compelling features and interviews in a searchable format for readers worldwide. Though there never has been nor will there be a charge for access to these resources, you taking the time to 'like' on the blog's Facebook page at http://www.facebook.com/SkateGuard would be so very much appreciated. Already 'liking'? Consider sharing this feature for others via social media. It would make all the difference in the blog reaching a wider audience. Have a question or comment regarding anything you have read here or have a suggestion for a topic related to figure skating history you would like to see covered? I'd love to hear from you! Learn the many ways you can reach out at http://skateguard1.blogspot.ca/p/contact.html.
Posted by Skate Guard Blog at April 06, 2018
Email ThisBlogThis!Share to TwitterShare to FacebookShare to Pinterest
Newer Post Older Post Home