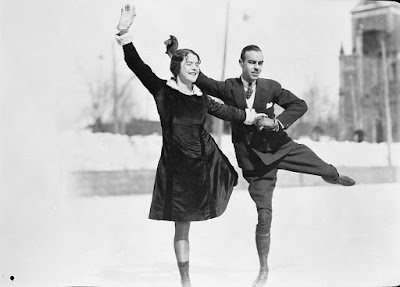 Born February 28, 1901 in Ottawa, Ontario, Chauncey Robert Bangs was the son of Alice Maude May Hurdman and Chauncey Ward Bangs, Jr. His grandfather, Chauncey Ward Bangs Sr. was the city's mayor in 1878, and his father was a prominent coal merchant. The Bangs family - Chauncey, his sisters Norah and Madeleine and parents - lived on Frank Street in a quiet area of Ottawa near what is now called Centretown. A devout Presbyterian even in his youth, Bangs was educated at the Model School and Ottawa Collegiate and started skating at the Minto Skating Club when he was only a young boy.

When Chauncey was only seventeen, his older sister Madeleine died of an accidental overdose of corrosive sublimate, prescribed to treat "neurasthenia", a catch-all diagnosis for "bad nerves". Perhaps wanting to escape the gloom of the household, he left to study law at the University Of Toronto for a time but returned midway through his studies to help his father manage the family business, the C.W. Bangs Coal Company. 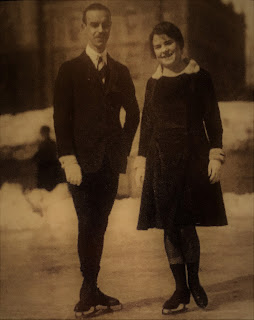 In 1921 at the age of twenty, Chauncey competed at the Canadian Figure Skating Championships for the first time. Entering the fours event with Lady Rachel Cavendish, J.R. Booth, Jr. and Lily McGee as the 'Minto four', he experienced the disappointment of losing the title to a four from the Montreal Winter Club. After a five year hiatus, he returned to the Canadian Championships in 1926 and claimed the silver medal in both the pairs and fours events, skating with his partner Marion McDougall and Edith Secord and H.R.T. Gill. 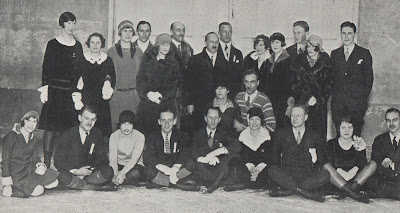 The years that followed would be happy ones for Chauncey. In October 1927, he married a Haligonian, Dorothy Page, at the Fort Massey Church on Queen Street in Halifax. The couple returned to Ottawa and took up residence at an elegant house on Monkland Avenue, designed by W.E. Noffke as a wedding present from his parents. 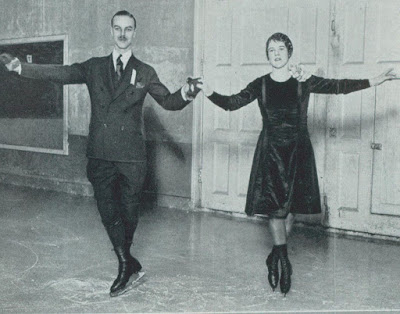 In both 1927 and 1928, Chauncey and Marion McDougall claimed the Canadian pairs title. Maribel Vinson recalled their partnership thusly: "They have made dances the leitmotiv of their programs, weaving every other move, the jumps, lifts, etc., into the dances, and subordinating figures that might have been high lights into the rhythm of the dance itself." Unfortunately, Chauncey and Marion's partnership ended when Marion married Bradley Grainger and moved to London. 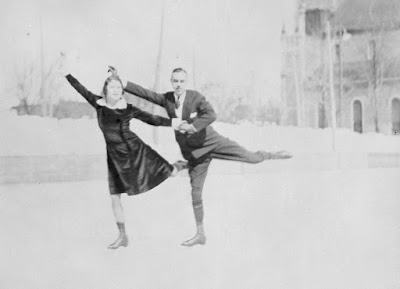 After another brief hiatus from skating, Chauncey returned in 1931 with a new partner, Frances Claudet. They too presented a program that resembled ice dance more than pairs skating, not separating or adding highlight moves like small lifts or jumps. The judges must have liked what they saw, as duo reclaimed the Canadian pairs title with ease. It was as if thirty year old Chauncey had never left the sport! 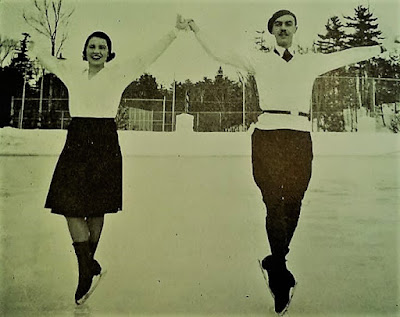 Frances and Chauncey lost the Canadian title the following year to Constance and Bud Wilson, but earned spots on the Canadian teams being sent to the 1932 Winter Olympic Games in Lake Placid and the 1932 World Championships in Montreal. In Lake Placid, they placed an impressive sixth, right behind the Wilson's. The February 13, 1932 issue of "The Ottawa Journal" noted, "Miss Claudet and Chauncey Bangs executed a novel and interesting program of figures and dance steps with ease and grace, meriting the fine ovation they received." In Montreal, Frances and Chauncey moved up to fifth, besting the Wilson's and earning the top placement of the four Canadian pairs who participated. Tragically, his figure skating career was cut short not long after when he suffered a serious fall on the ice which knocked him unconscious.

Though he was a tennis enthusiast and a member of the Royal Ottawa Golf Club, he devoted most of his free time after his retirement from competitive figure skating to the management of the Minto Skating Club. Then, on January 27, 1942 at Civic Hospital in Ottawa at the age of forty, Chauncey passed away of a heart attack suffered after a bout of pneumonia. He was outlived by his wife, parents and sister. His funeral was attended by a who's who of the Ottawa figure skating community, including Melville Rogers and Elmore A. Davis. Less than six months later, his mother passed away too. Though he was a three time Canadian Champion, Olympian and devoted himself to the Minto Skating Club his entire life, his story really isn't what one would call a happy one.

Skate Guard is a blog dedicated to preserving the rich, colourful and fascinating history of figure skating and archives hundreds of compelling features and interviews in a searchable format for readers worldwide. Though there never has been nor will there be a charge for access to these resources, you taking the time to 'like' on the blog's Facebook page at http://www.facebook.com/SkateGuard would be so very much appreciated. Already 'liking'? Consider sharing this feature for others via social media. It would make all the difference in the blog reaching a wider audience. Have a question or comment regarding anything you have read here or have a suggestion for a topic related to figure skating history you would like to see covered? I'd love to hear from you! Learn the many ways you can reach out at http://skateguard1.blogspot.ca/p/contact.html.
Posted by Skate Guard Blog at May 04, 2018
Email ThisBlogThis!Share to TwitterShare to FacebookShare to Pinterest
Newer Post Older Post Home