Donald B. Cruikshank, Man Of Many Hats Born July 16, 1907 in Ottawa, Ontario, Donald Babcock Cruikshank was the son of Dwight Phelps and Elizabeth (Babcock) Cruikshank. At the time of his birth, his parents were both American citizens. His father was a factory manager at the Library Bureau Company, which manufactured office furniture. He began skating at the age of seven in 1914, following in the footsteps of his parents and older sister Mimsi, who were regulars at the Minto Skating Club. Off the ice, he was educated at Andover and Deerfield Academies in his youth.

Though Donald took some lessons from Gustave Lussi, performed in several group numbers in the Minto Follies and competed in a few club junior events, it wasn't until 1931, when he was in his mid twenties, that he began to focus seriously on the competitive side of skating. In Donald's eyes, education and employment took first priority for a time. He studied at Dartmouth College in Hanover, New Hampshire and worked at the Pittsburgh Steel Mills and Remington Rand in Buffalo, before returning to Canada to become involved in his father's business. Around this time, Dwight Phelps Cruikshank was the Minto Skating Club's President. 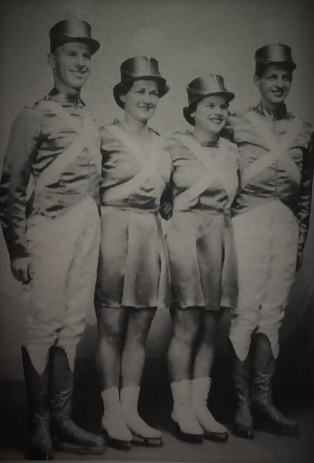 After winning the bronze medal in the senior pairs competition at the Canadian Championships with partner Kathleen 'Kay' Lopdell in 1933, Donald won the pairs, Waltz and Tenstep competitions at the Minto Skating Club's annual competition with three different partners: Lopdell, Frances Claudet and Frances Sharp. 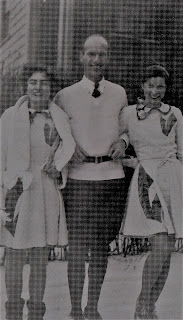 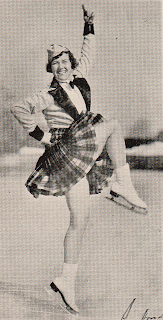 Donald also amassed an incredible eight top three finishes in the waltz, tenstep and fourteenstep competitions at the Canadian Championships in a five year span. Four of them were gold. Although Donald at times went through ice dance partners like musical chairs, the woman who was usually at his side was Aidrie Main, a talented and feisty skater who became his first wife during the period they were competing together. 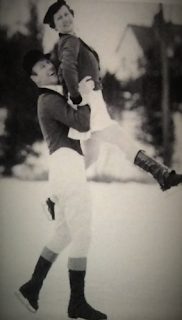 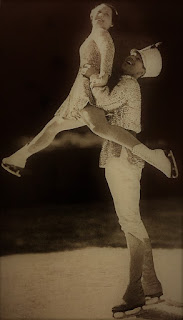 Donald was often criticized by judges for his interpretation of pairs skating, which some felt was a little too much in the vein of ice dance. At the 1933 North American Championships in New York City, American judge Joel B. Liberman chastised Donald and Kay Lopdell for a "lack of pair dances in either ballroom position or side by side". At a time when pairs skating and ice dancing were both trying desperately to define themselves, Donald just couldn't seem to please anyone or get consistent feedback from the judges. 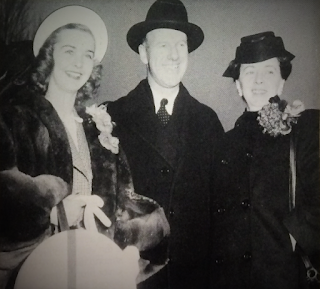 Donald's first international assignment was the 1947 European Championships in Davos, Switzerland. Realizing the considerable expense of Barbara Ann Scott attending competitions in Europe at a time when skaters had to conform to strict rules of amateurism, he spearheaded a fundraising campaign with Melville Rogers, soliciting funds from Ottawa businessmen to help finance Barbara Ann and coach Sheldon Galbraith's trips. They raised approximately ten thousand dollars in ten days. 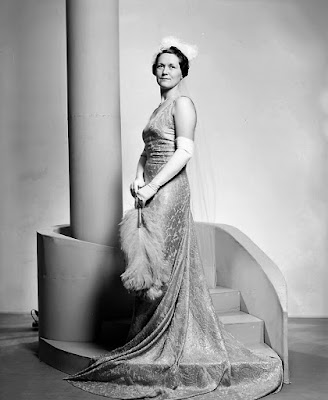 By all accounts, Donald was a fair judge who was unphased by peers that exerted obvious national bias. At the 1947 World Championships in Stockholm, he didn't bat an eyelash when the a bloc of four Scandinavian judges gave unusually high marks to Sweden's Britta Rahlen. Two of them placed her in the top three. He, along with the rest of the panel, had her tenth or lower. She placed ninth. He judged and refereed at numerous Canadian and North American Championships, the 1967 World Championships in Vienna, Austria and 1972 Winter Olympic Games in Sapporo, Japan. 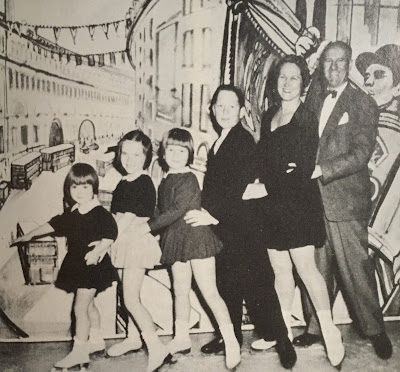 Perhaps Donald's most important contributions to the skating world occurred during the period of 1951 to 1953, when he served as CFSA President and played an important role in introducing centralized testing to Canada. He also pushed for changes in the judging world during this era. Teresa Moore recalled, "Cruikshank... felt Canadian judging needed to be improved. There were too few judges, and not enough experienced ones. When Cruikshank came into office, there was still no formal method of appointing judges, no trial judging and no system for selection. The promotion of judges was also unprofessional, in Cruikshank's opinion. Judges continued to be promoted because they were known by other judges. This method had been used since the Association first started promoting judges, but a country that had an Olympic champion and a blossoming skating community from coast to coast required more sophistication in the training, selection and appointment of judges." By calling out 'the elephant in the room', the CFSA began to slowly acknowledge and address its shortcomings in this department. Another of Donald's important contributions to Canadian figure skating included his suggestion that the CFSA develop a public relations campaign to improve attendance at the Canadian Championships. 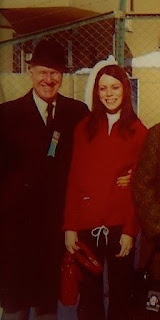 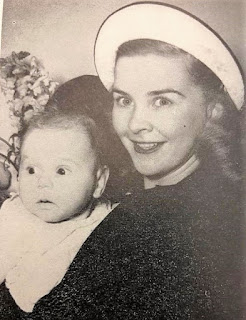 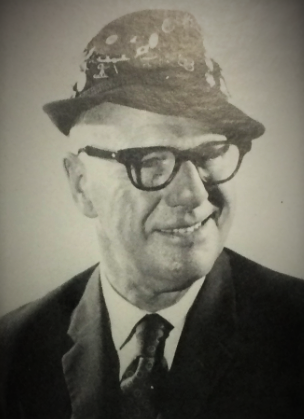 Officially retiring from the skating world in 1982, Donald was given the Award Of Excellence by the CFSA at their Annual General Meeting, awarded by then CFSA President David Dore. In his acceptance speech, he read a poem he had penned, which was later reproduced in the July-August 1982 issue of "Canadian Skater" magazine:

"At Minto Club, I got my start
'Cause Mom and Dad said learn the art
Of making Eights and Threes and Loops
Your prize could be some brand new boots

To Dey's Arena, from school I went
The knee and leg must be bent
Those words from Poole and Chatté stayed
Deep furrows in my mind they made

Then came the competitions, tough
The judges made things very rough
I skated Pairs and Foursomes too
For fifteen years, and I was through

But then again that was not all
Revenge, I thought, could be a ball
Why not be a judge, I said
Forget the rules we all so dread

Those early days were really grim
I froze to death, rinks cold as sin
Until the ISU at last
Said skate inside, no wintry blast

And so it went, through all those years
There're no regrets, I shed no tears
This tribute given by your hand
My thanks again, you're simply grand." 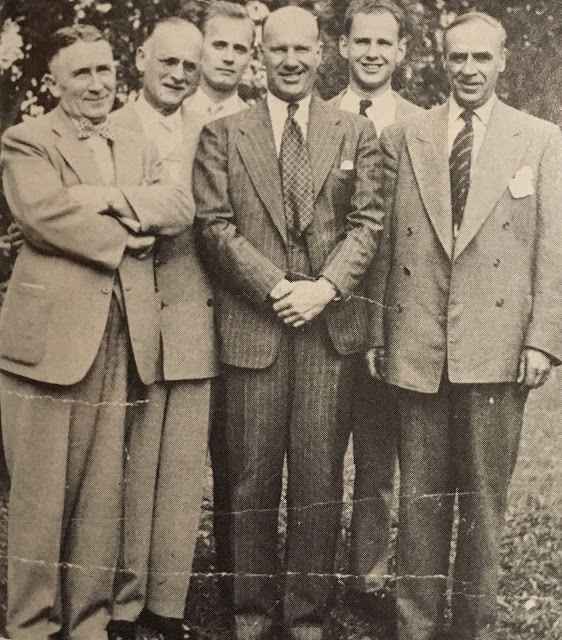 Donald was later inducted into the CFSA (Skate Canada) Hall Of Fame in 1991, alongside lifetime friends Barbara Ann Scott and Sheldon Galbraith. He passed away in Cuyahoga, Ohio on March 13, 1992 at the age of eighty four. His first wife and longtime skating partner Aidrie lived to be one hundred.

Skate Guard is a blog dedicated to preserving the rich, colourful and fascinating history of figure skating. Over ten years, the blog has featured over a thousand free articles covering all aspects of the sport's history, as well as four compelling in-depth features. To read the latest articles, follow the blog on Facebook, Twitter, Pinterest and YouTube. If you enjoy Skate Guard, please show your support for this archive by ordering a copy of the figure skating reference books "The Almanac of Canadian Figure Skating", "Technical Merit: A History of Figure Skating Jumps" and "A Bibliography of Figure Skating": https://skateguard1.blogspot.com/p/buy-book.html.
Posted by Skate Guard Blog at May 21, 2018
Email ThisBlogThis!Share to TwitterShare to FacebookShare to Pinterest
Newer Post Older Post Home