Worth The Hassle: The Nicole Hassler Story 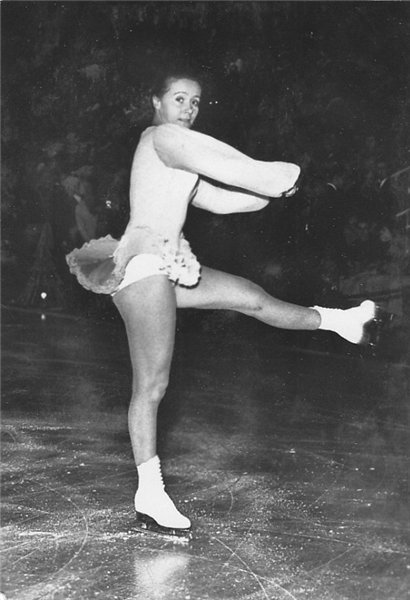 Born in Chamonix, Mont-Blanc, France on June 1, 1941, Nicole Hassler was the daughter of Albert and Josephine Hassler and granddaughter of Ernest and Marie-Clémentine (Payot) Hassler. From an early age, Nicole and her brother Charles were no stranger to an ice rink. Their father was a decorated athlete who had competed in three Winter Olympic Games in two sports: speed skating and ice hockey. Albert Hassler played on the winning French team at the 1924 European Ice Hockey Championships. 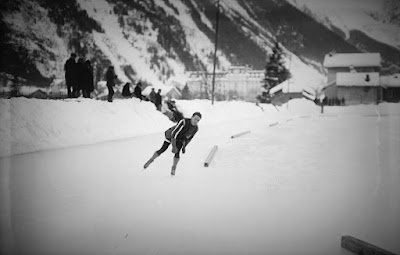 After retiring from competitive speed skating and hockey, Albert Hassler - who ran the Hôtel Beaulieu in Chamonix - became 'the original Suzanne Bonaly'. Despite having absolutely zero figure skating experience himself, he took it upon himself to coach Nicole as a figure skater for much of her career. Nicole's loyalty to her father's instruction actually proved to be a detriment as she was often not given the same attention in the French skating community as the students of Jacqueline Vaudecrane. Later in her career, she finally received formal instruction in the art of skating from no less a coaching great than Arnold Gerschwiler himself. 
From 1962 to 1965, Nicole enjoyed both thrilling highs and crushing defeats on the international stage. She thrice won the Richmond Trophy in England and at the 1963 World Championships in Cortina d'Ampezzo (where she won the bronze medal) the Canadian and French judges had her ahead of the winner Sjoukje Dijkstra in the free skate. 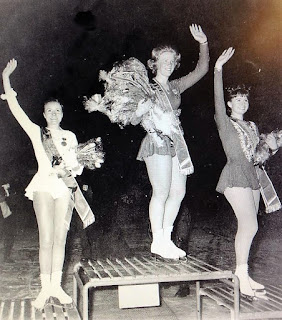 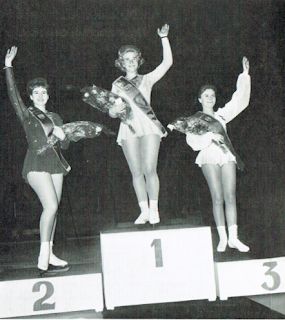 Despite winning four consecutive medals at the European Championships, Nicole's reputation as a medal contender was marred by a particularly poor free skating performance at the 1965 World Championships in Colorado Springs. She placed a disappointing eighth overall at that event and two judges had her as low as thirteenth in the free skate. 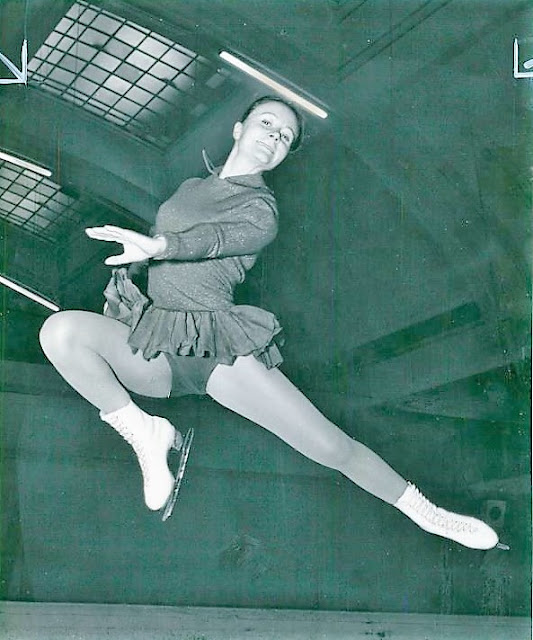 Though considered her country's only hope for a medal in the women's figure skating competition at the 1968 Winter Olympics in Grenoble, Nicole ultimately chose to retire from competition in 1966. Three years later, she made history by becoming the first skater to pass both the Gold Figure and Dance tests of the Fédération Française des Sports de Glace. After this impressive feat, she opted to step away from the sport entirely for several decades to raise a family. She spent some time living in England and, of course, had ties to her family business. 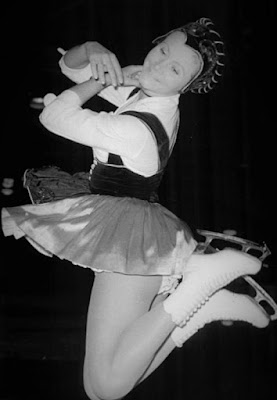 Though criticized for lacking the same attack in the jumping department as her competitior Sjoukje Dijkstra, Nicole was renowned as one of the finest spinners of her era. Denise Biellmann, Lucinda Ruh or Nathalie Krieg she was not, but as compared to many skaters of her time she was certainly a cut above the rest. Her talent certainly didn't go unnoticed. In her book "Patinage sur glace historique", skating historian Jeanine Hagnauer praised her effusively: "I can say Nicole Hassler is the most brilliant skater France [has seen] since the start of the women's French Championships in 1908, after Jacqueline du Bief." Following Nicole's retirement, another French skater didn't stand on the women's podium at the European Championships until Surya Bonaly won her first title in 1991 in Sofia, Bulgaria. 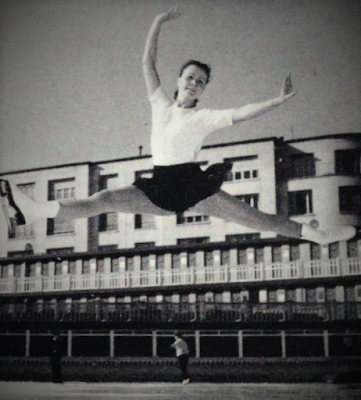 Around the same time Surya Bonaly burst on the scene, Nicole slowly re-emerged into the skating world. She organized a skating club at Plaisir, a commune in Yvelines in northern France, and taught there for several years until her father's death in September of 1994. Sadly, Nicole only outlived her father by two years, passing away on November 19, 1996 at the age of fifty five. Today, a gymnasium in the Salle Multisports in Yvelines which bears her name is sadly one of the few reminders of this largely forgotten French star of decades past.

Skate Guard is a blog dedicated to preserving the rich, colourful and fascinating history of figure skating and archives hundreds of compelling features and interviews in a searchable format for readers worldwide. Though there never has been nor will there be a charge for access to these resources, you taking the time to 'like' on the blog's Facebook page at http://www.facebook.com/SkateGuard would be so very much appreciated. Already 'liking'? Consider sharing this feature for others via social media. It would make all the difference in the blog reaching a wider audience. Have a question or comment regarding anything you have read here or have a suggestion for a topic related to figure skating history you would like to see covered? I'd love to hear from you! Learn the many ways you can reach out at http://skateguard1.blogspot.ca/p/contact.html.H
Posted by Skate Guard Blog at June 04, 2018
Email ThisBlogThis!Share to TwitterShare to FacebookShare to Pinterest
Newer Post Older Post Home
"As a rule an author has one or two popular ways of contrasting the past with the present. He can treat the past as lying in comparative doleful ignorance, or he can explain that the past was infinitely superior to the day we live in. Of course, either method is the popular journalism of the moment, and in reality there is no sharp contrast, but a gradual transition which leads the past into the present." - Joel B. Liberman, Skating Club Of New York