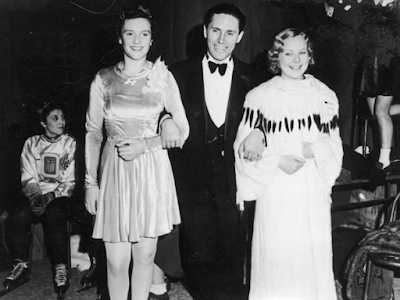 Not only was 1936 an Olympic year, but it was also a leap year. On two consecutive Fridays and Saturdays (February 21 and 22 and February 28 and 29, 1936) the World's best figure skaters convened at the Palais des Sports in Paris, France for what was in many ways a grand finale to the long reigns of Karl Schäfer and Sonja Henie as figure skating's undefeated King and Queen. Let's take a look back at how things played out! 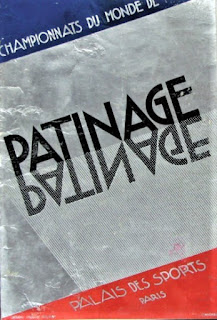 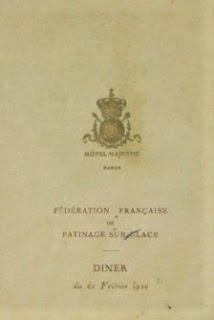 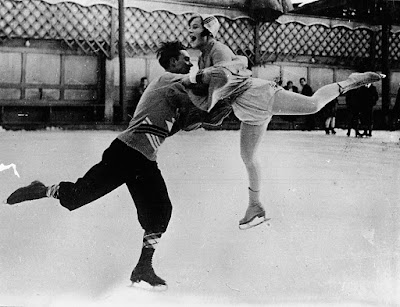 With telegrams from America tucked away in his suitcase, Papa Henie arrived in Paris with his famous daughter in tow. Everywhere she went, fans wanted their autograph books signed and reporters sought interviews of the three time Olympic Gold Medallist. Impresario Jeff Dickson even tried to convince the Norwegian star to sign a professional contract but perhaps more than ever, Henie assiduously made training her first priority. Although she had announced that these World Championships would be her last in Berlin at the European Championships, her quest to win a tenth World title wouldn't be easy. Although Cecilia Colledge, Maribel Vinson and many other key rivals from the 1936 Winter Olympic Games weren't in attendance, she still had formidable competition in long-time rival Vivi-Anne Hultén and Megan Taylor, who had been forced to watch the Winter Olympic Games from the stands after missing the British Olympic Trials. 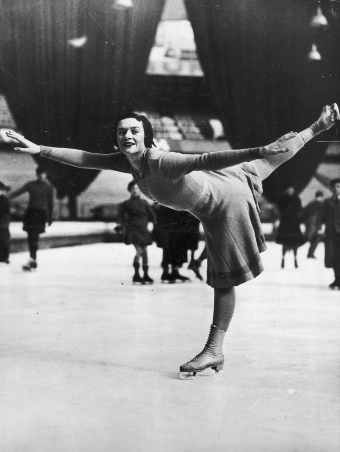 Sonja Henie unanimously won the school figures by almost nine points, with Taylor second and Hultén third. Although every judge had Henie first, her lead was certainly less than she was accustomed to. Under more pressure than usual to deliver in the free skate, she emerged in a white satin gown embroidered with gardenias with a mauve hood and performed superbly in front of twenty five thousand Parisian spectators. Six of the seven judges placed her first in the free skate, the notable exception being American judge Charlie Morgan Rotch, who placed her behind Hultén. In the February 23, 1936 issue of "Le Journal", one enchanted Parisian reporter remarked, "She was not skating. She was flying... In the floodlight, winds extended, she slipped like a swallow at night... How easy it is, my God, to skate like this, mademoiselle!" 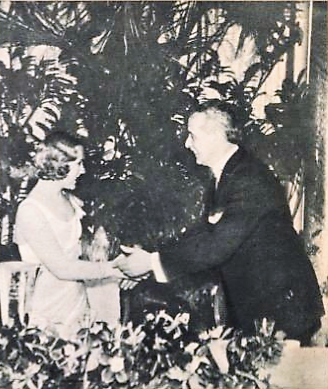 Megan Taylor fell once in her free skate and finished fourth in free skate behind Hultén and Austria's Emmy Puzinger, but her result in the figures was strong enough for her to claim the silver medal ahead of the two. Gweneth Butler, who the majority of judges had outside of the top ten in the free skate, placed fifth on the strength of her figures. Yvonne de Ligne's ordinals in the free skate ranged from fifth to fifteenth. She placed eleventh overall. Japan's Etsuko Inada, the darling of the Garmisch-Partenkirchen Winter Games, took a tumble and placed tenth but made history as the first Asian woman to compete at the World Championships. 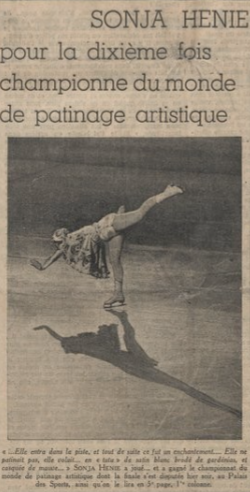 In her book "Wings On My Feet", Sonja Henie recalled, "It was not hard. I had my victory. Within thirty days I had signed a contract with Arthur Wirtz to give eight exhibitions in the United States, as a professional." Before setting sail from Le Havre to America, Sonja returned to Oslo with her family and Jackie Dunn. She collapsed and was ordered by her doctor to spend several days in bed recuperating from exhaustion. 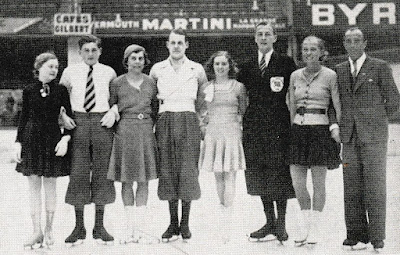 If the pairs competition at the Olympic Games was close, it really wasn't in Paris. Germany's Maxi Herber and Ernst Baier delivered one of the strongest skates of their career to unanimously defeat Austrian siblings Ilse and Erik Pausin. Britons Violet and Leslie Cliff narrowly defeated Canada's Louise Bertram and Stewart Reburn and Americans Maribel Vinson and George Hill for the bronze. 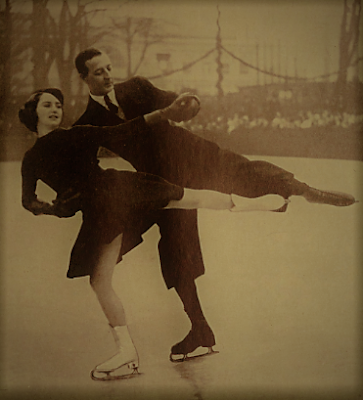 If Herber and Baier had it somewhat easy, Karl Schäfer had quite a different experience in Paris. He won the school figures by only the narrowest of margins - 2.1 points  - in a three-two judging split with Great Britain's Henry Graham Sharp. In the free skate, his biggest competition came from a different Briton... the charismatic Jackie Dunn. 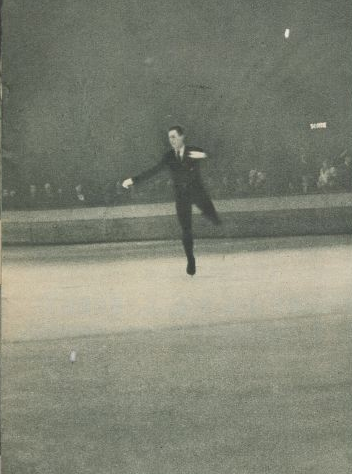 Two judges placed Schäfer on top in that phase of the event, two placed Dunn first, and the British judge boxed himself in and put Schäfer, Sharp, Dunn and Austria's Felix Kaspar in a four-way tie. When the marks were tallied and the dust settled, Dunn's low figures scores and Sharp's low free skating scores helped Schäfer claim his seventh consecutive and final World title. 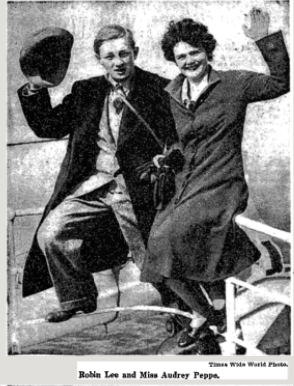 Canada's Montgomery 'Bud' Wilson, who had claimed the bronze medal at the Winter Olympic Games, failed to capitalize on the absence of Ernst Baier in the men's event and placed a disappointing fifth in what would prove to be his final trip to the World Championships. Robin Lee and Erle Reiter, America's two entries, placed eighth and eleventh.

Skate Guard is a blog dedicated to preserving the rich, colourful and fascinating history of figure skating and archives hundreds of compelling features and interviews in a searchable format for readers worldwide. Though there never has been nor will there be a charge for access to these resources, you taking the time to 'like' on the blog's Facebook page at http://www.facebook.com/SkateGuard would be so very much appreciated. Already 'liking'? Consider sharing this feature for others via social media. It would make all the difference in the blog reaching a wider audience. Have a question or comment regarding anything you have read here or have a suggestion for a topic related to figure skating history you would like to see covered? I'd love to hear from you! Learn the many ways you can reach out at http://skateguard1.blogspot.ca/p/contact.html.
Posted by Skate Guard Blog at March 07, 2019
Email ThisBlogThis!Share to TwitterShare to FacebookShare to Pinterest
Newer Post Older Post Home