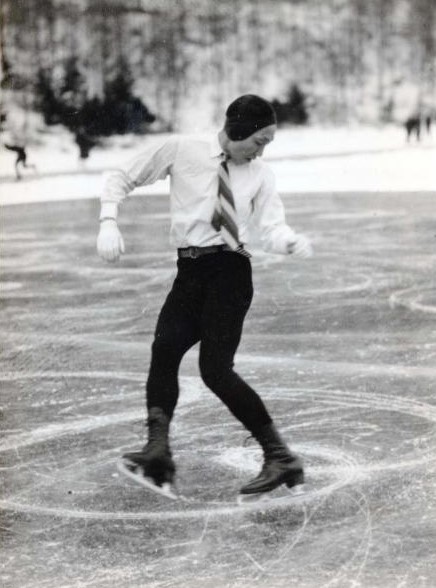 Born September 15, 1917 in Hokkaido, Japan, Ryusuke Arisaka moved three hours east to Sapporo when he was just an infant. He began skating at the age of four while attending elementary school and played hockey until he attended the private Hokkai Gakuen Sapporo High School. When he began studying Meiji University in Tokyo in 1935, he began focusing seriously on figure skating and won the Japanese junior men's title that same winter. Unfortunately, he broke his ankle not long after and finished only fourth in the senior men's event when he returned to competition in 1938. The following year, he moved up to second. Finally, in 1940 and 1941, he claimed his first two Japanese titles. Unfortunately, the cancellation of the Japanese and World Championships due to World War II put his skating career on hold for several years.

Access to Japan's ice rinks was quite limited during World War II, but Ryusuke's talent and determination led him back to the top of the pack in Japanese men's skating pack in 1947, 1948 and 1951. His prize for winning each of his Japanese titles was a silver trophy, a medal and a scroll. It was in the year that he won his fifth and final Japanese title that Ryusuke participated in first and only World Championships in Milan, Italy. Though he placed dead last, he was grateful for the experience. Along with Etsuko Inada, the darling of the 1936 Winter Olympic Games in Garmisch-Partenkirchen, he was of Japan's first skaters at the World Championships in fifteen years. 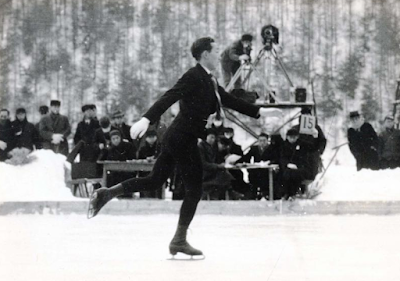 Ryusuke announced his decision to turn professional in 1953 and starred in one of his country's first ice shows alongside Toshikazu Katayama and Reiko Kato for a time, before taking a job coaching in Tokyo. His students included Japanese Champions Hideo Sugita and Miwa Fukuhara. When one of Ryusuke's competitors at the 1951 World Championships in Milan, Don Laws, was serving in the Korean War, he had a week off and travelled to Tokyo to check out Japan's biggest indoor rink with a group of Army buddies, two of them fellow skaters. They didn't know a word of Japanese, so they just kept saying 'Ryusuke Arisaka'. Laws later joked, "Perhaps my pronunciation was off, because at first one, then two, then five people gathered around me, trying to make out what I was saying. Suddenly, with a burst of inspiration and in chorus, they all said, 'Ryusuke Arisaka!' and someone ran to fetch him. He was there, in the back somewhere, and within minutes he was standing before me, bowing and welcoming us. Large bottles of beer were brought without question and thrust into our hands and we were invited to sit. It was all happening so fast, it was a bit overwhelming. Ryusuke Arisaka and we three American skaters sat along with other Japanese skaters at the rink and watched a hockey game. My friends in the meantime jostled me with deference and revelled in the fact that they were there with me... Soon plans were made exclusively for me to stay as a guest for as long as possible and conduct, with Japanese skaters, a skating seminar. It was what I wanted; I had a desire to become involved and help improve their skating program in any way possible." 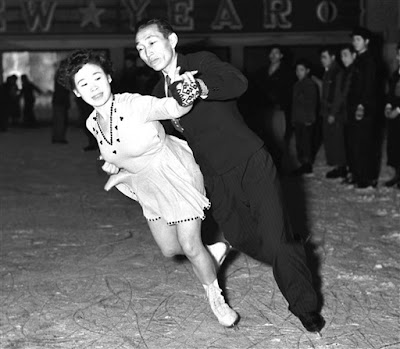 Ryusuke coached in Tokyo for several years and penned a Japanese language instructional book on figure skating which proved a valuable tool for many of his country's skaters who were reliant on works by English or German authors, which often got 'lost in translation'. He also served on the board of the National Skating Union of Japan for many years. Sadly, he passed away on November 27, 1986 at the age of sixty nine, missing the opportunity to see Midori Ito make history as Japan's first World Champion by only three years.

Skate Guard is a blog dedicated to preserving the rich, colourful and fascinating history of figure skating and archives hundreds of compelling features and interviews in a searchable format for readers worldwide. Though there never has been nor will there be a charge for access to these resources, you taking the time to 'like' on the blog's Facebook page at http://www.facebook.com/SkateGuard would be so very much appreciated. Already 'liking'? Consider sharing this feature for others via social media. It would make all the difference in the blog reaching a wider audience. Have a question or comment regarding anything you have read here or have a suggestion for a topic related to figure skating history you would like to see covered? I'd love to hear from you! Learn the many ways you can reach out at http://skateguard1.blogspot.ca/p/contact.html.
Posted by Skate Guard Blog at November 21, 2019
Email ThisBlogThis!Share to TwitterShare to FacebookShare to Pinterest
Newer Post Older Post Home