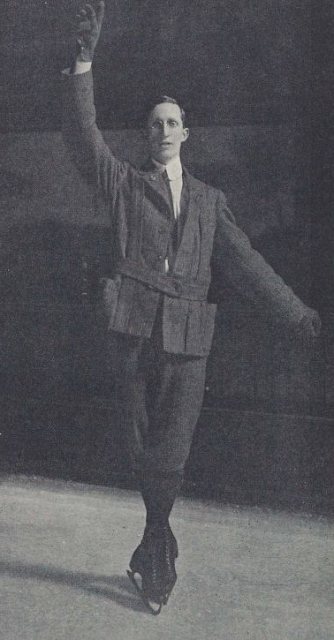 "Don't forget to wound up the cat and put the clock out." - Charles Maclurcan's sign-off on his radio show

The son of Hannah (Phillips) and Daniel Maclurcan, Charles Dansie Maclurcan was born on August 2, 1889 in Brisbane, Australia. His father was a master mariner and his mother was Australia's first 'celebrity cookbook' writer. "Mrs. Maclurcan's Cookery Book: A Collection Of Practical Recipes Specially Suitable For Australia" was a household staple and her buffets, which catered to the smart set, were extremely popular. As a child, Hannah Maclurcan survived the tidal wave caused by the eruption of Mount Krakatoa. 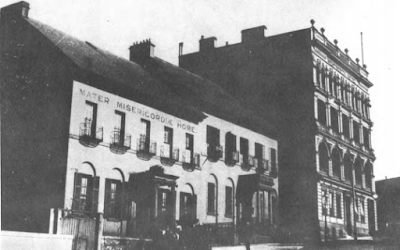 The Wentworth Hotel in 1901

The Maclurcan's took over the management of the famous Wentworth Hotel in Sydney in 1901. Charles' father passed away two years later, transferring the lease to his mother. 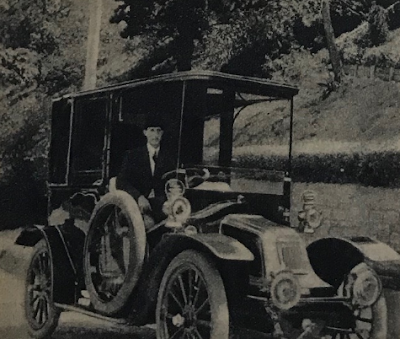 As a young man, Charles was educated at the Downs Grammar School in Toowoomba. He left school at the age of thirteen to work as an apprentice with the Empire Electric Light Company. By the time he was twenty, he had opened his own electrical engineering business (poaching the company he apprenticed with's clients) and an automobile dealership, Maclurcan-Lane Motors. He owned a Renault landaulette before automobile licenses were even issued in Australia and received a speeding ticket in 1912 for driving 24 miles per hour. He was fined four pounds by a horrified judge who exclaimed, "Great Scott! That's the speed of an express train!" 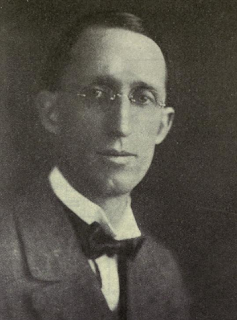 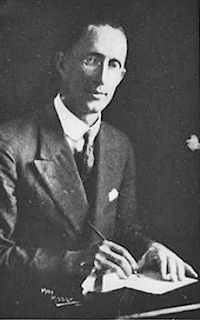 Charles was first introduced to figure skating on skiing trips to Mount Kosciuszko. He made several trips to Switzerland during the late Edwardian era with his sister Joan, where he pursued the art more seriously. He entered a waltzing contest in Davos in 1909, finishing an impressive second with his partner and by passing an admission test, officially earned membership with the Internationaler Schlittsschuh-Club Davos. In the years that followed, he passed the Bronze, Silver and Gold Tests of the National Skating Association, making history as one of the first Australians to successfully complete all three tests. At the age of nineteen in 1912, Charles won the Victoria State 'gents' junior title. Around this time, the National Ice Skating Association of Australia was established in Melbourne and this title would have been considered by members of that association as a national title. However, largely owing to disagreements regardingspeed skating contests, the Melbourne association and the Sydney club operated independently of one another and didn't always recognize one another's achievements. 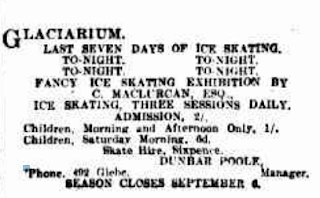 Charles gave numerous exhibitions and taught skating with Claude Langley at the Sydney Glaciarium in the post-War years and was one of a handful of skaters who contributed to the education of Australian skaters in school figures. He and Dr. Cyril MacGillicuddy helped bridge the gap between the two organizations and brought the National Skating Association's tests to Sydney, helping raise the standard of skating considerably. Charles founded the Figure Skating Club of New South Wales in 1915, a successor to Dunbar Poole's Glaciarium Figure Skating Club. He didn't fight in The Great War due to poor eyesight, instead helping with ship to shore radio transmissions. He married his wife Winifred in 1917. The couple had three sons. 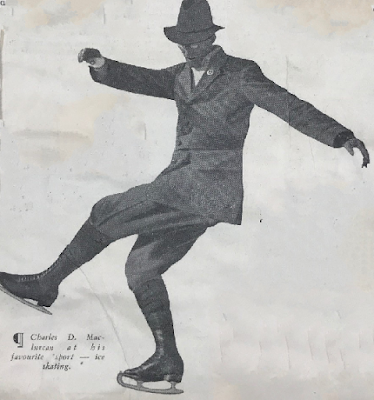 Charles continued his sojourns to Switzerland in the roaring twenties. He attended the 1928 Winter Olympic Games in St. Moritz, taking photographs and videos which are now in the National Film and Sound Archive of Australia. During this visit to Europe, he became acquainted with many important figures in the skating world, including Ulrich Salchow, Ethel Muckelt and Jack Ferguson Page, Howard Nicholson and T.D. Richardson.
Three years later, Charles became the first President of the newly-reorganized National Ice Skating Association of Australia. That year, the first officially recognized Australian Championships were held, with skaters and judges from both Victoria and New South Wales participating. The next year, the organization joined the International Skating Union. Throughout the thirties, he was a perennial judge at the Australian Championships and one of the only people in the country for some time qualified to preside over Gold tests. 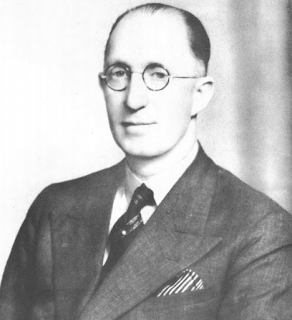 In 1937, Charles also became the new manager of the Wentworth Hotel when his mother retired. When he took over the hotel, it was nearly bankrupt. He wisely decided to borrow money to build fifty more guest rooms. The hotel thrived. His 1946 book "Wentworth: A Link In Australia's History" chronicles his family business's fascinating story.

Perhaps most famously, Charles was one of the pioneers of radio in Australia. He operated one of the country's first wireless stations on top of the Wentworth Hotel's flat roof using a homemade transmitter. His good friend Cyril Dodson Lane, an Australian ice hockey pioneer who died in Gallipoli during The Great War, helped him install it. He had his first taste of wireless communication "in and about" 1910, when he travelled to England aboard the Nordeutscher Lloyd liner Bremen and was allowed by the wireless operator "to listen to the few wireless Morse signals that were then floating around in the ether". He was granted experimental license #10 and for some time after the Great War, he was the only Australian to possess such a license. In 1910, he made history as the first Australian to use wireless to communicate with a ship at sea. A founding member of Wireless Institute of Australia, he was famous for his one-and-a-half hour Sunday night 'concerts' on his 2CM station. Upwards of three thousand Australians listened to his show. Charles played the latest gramophone records, gave recitations of children's stories and provided listeners instructions on radio matters. Back in those days, listeners had to build their own receivers and there were many requests for instruction on the process. Radio was a confusing and sometimes scary prospect for many people in those days. Once a woman wrote to him asking, "Tell me, Mr. Maclurcan, can you honestly say that disease is not spread by radio? Anyway, I'm keeping my grandchildren away from the loudspeaker until I know one way or the other." 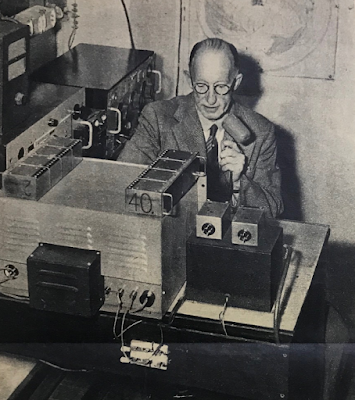 In 1921, Charles made an trip to America to study how far communications could be made. As a result of his experiments, he was later able to establish communication from his station in Strathfield to San Francisco. In 1922, his station 2CM was issued the first broadcast license in Australia. He made history again that same year as the first Australian to achieve wireless communication with New Zealand using (according to "The Sun") "less power than required for a torch." That same year, he was asked to provide music for a dance at the Engineers' Hall in Moore Park, transmitting music from his home in Strathfield eight miles away. There was some of a meteor storm the night of the dance that caused a distortion of the music. The next day, the morning newspaper read, "This fooling with the secrets of the stars may provoke an etheric catastrophe. Last night, certain strange noises arrived that may be the prelude of a stentorian voice from the Milky Way telling us to quit fooling with things that do not concern us. Those inchoate formless mutterings [from Maclurcan's radio transmitter] could have come from only one place. They were the voiceless yearnings of revolt from the damned in Hades. The atmospheric electric storm that silently thundered through distracted space had for one awful moment lifted the lid." 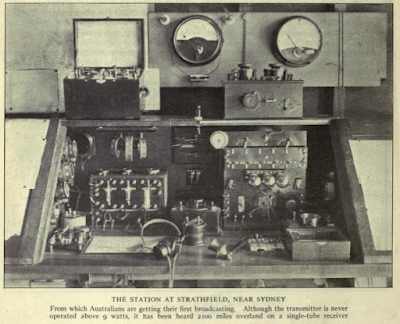 During the roaring twenties, Charles also made the first direct contact with England, sending a message of greeting to His Majesty King George V. He penned articles on wireless communication for Sydney newspapers, earning sixpence a line. He almost died in 1926 when, while making an adjustment to his radio while talking to an amateur radio enthusiast in Buckinghamshire, England, he was electrocuted and thrown across the room with a four thousand volt charge. After several hours of unconsciousness, he woke up with heart palpitations and a bad burn on his wrist and collapsed into bed. He retired his radio station in 1930, having made contact by radio with people on five continents.
A whole book could be really be written about Charles' accomplishments. A 1952 feature in the Australian magazine "People" noted that at one point or another in his life "he has been a garage proprietor, car importer, electrical engineer, modelmaker, radio mechanic and operator, boiler attendant, sailor, photographer, philatelist, skier, figure skater, hotel proprietor, racing motor cyclist, historian and businessman. He had always been a profound negation of the old adage of doing one thing well, since he has, without exception, made a success of everything he has ever done." 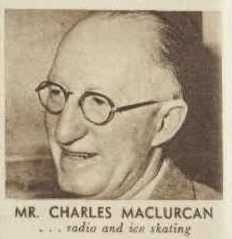 Sadly, Charles suffered a serious heart attack in 1952 that left him quite frail. After years of suffering with heart disease, he passed away in Sydney, Australia on October 26, 1957 at the age of sixty-eight. He was named an honorary life member of the Wireless Institute, the Royal Australian History Society, Institution of Radio Engineers, Kosciusko Alpine Club and the National Ice Skating Association of Australia. Three years after his death, his son Donald served as the Chef de Mission of Australia's team at the 1960 Winter Olympic Games in Squaw Valley.

Skate Guard is a blog dedicated to preserving the rich, colourful and fascinating history of figure skating and archives hundreds of compelling features and interviews in a searchable format for readers worldwide. Though there never has been nor will there be a charge for access to these resources, you taking the time to 'like' the blog's Facebook page at http://www.facebook.com/SkateGuard would be so very much appreciated. Already 'liking'? Consider sharing this feature for others via social media. It would make all the difference in the blog reaching a wider audience. Have a question or comment regarding anything you have read here? Have a suggestion for a topic related to figure skating history you would like to see covered? I'd love to hear from you! Learn the many ways you can reach out at http://skateguard1.blogspot.ca/p/contact.html.
Posted by Skate Guard Blog at August 18, 2022
Email ThisBlogThis!Share to TwitterShare to FacebookShare to Pinterest
Newer Post Older Post Home