In His Element: The Dr. James Koch Story 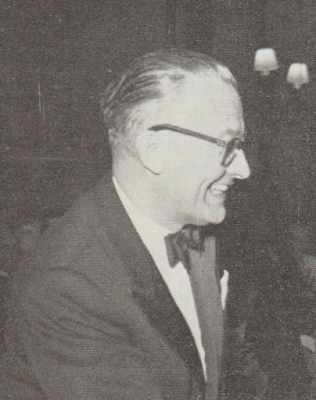 Photo courtesy "Skating" magazine
"It may be said that the ISU, by steadily refusing to let their Championships be coupled with the Olympic Games, have remained masters in their own house and are completely independent of other institutions. It is, therefore, not a matter of importance to them whether the Olympic Games continue to exist or not. But for purely financial reasons the Winter Games need the attraction of the skating events. As long as the Winter Games continue to exist we all have in those years in which The Games are held, with these and the ISU World Championships, which latter take place after The Games, a twofold and welcome opportunity of seeing skaters from all parts of the world assembled to take part in big competitions." - Dr. James Koch, "Skating" magazine, 1960
James Koch was born October 2, 1904 in Chur, the capital of the Graubünden canton, less than two hours from Davos and St. Moritz in eastern Switzerland. As a young man, he studied chemistry at the Swiss Federal Institute of Science and Technology in Zürich, earning his D.Sc. After spending a year at Oxford University in England doing research work he returned to his native Switzerland, taking a job at the Chemische Industrie Basel (C.I.B.A. Specialty Chemicals), a massive chemical concern in Basel.

There was much more to James than his expertise as a chemist. He spoke several languages and in his spare time enjoyed attending plays and operas. His interests in science and art seemed a perfect fit for another of his passions - figure skating. Long-time ISU Honorary Secretary Georg Hasler recalled, "At Coire there is a splendid natural ice rink, and in his youth Dr. Koch was a keen figure skater, excellently advised by his teacher of mathematics, who was an expert skater and acted as amateur instructor at the club. During the years he spent at Zürich and Oxford skating activities had to be dropped, but were resumed when Dr. Koch settled at Basel, where a huge open-air artificial ice rink had been constructed in 1933. Dr. Koch took the different Swiss tests, and then became Chairman of the Technical Committees, first of the Basel Club and afterwards the Swiss Skating Association." One of James' closest friends in the skating world was Werner Groebli - better known to North Americans as Mr. Frick, of Frick and Frack. 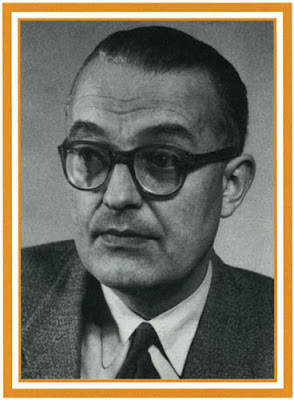 James served as secretary of Schweizer Eislauf-Verband from 1947 to 1953, during which time he judged at two World Championships and acted as the assistant referee of the pairs event at the 1948 Winter Olympic Games. He was appointed a member of the ISU's Figure Skating Committee in 1949. It was the first time he'd even attended an ISU Congress. 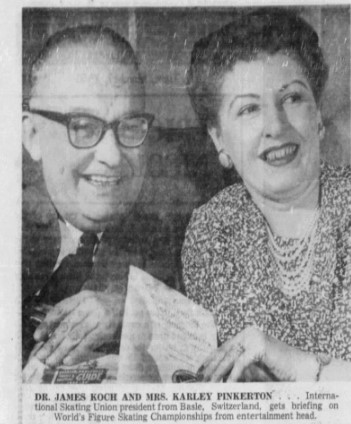 In early 1953, Kenneth Macdonald Beaumont, chair of the ISU's Figure Skating Committee, resigned unexpectedly. James was named the Committee's acting chair. At the ISU Congress that followed that year's European and World Championships, he was elected Vice-President for figure skating. That October, when Herbert J. Clarke resigned as the ISU President, James began his fourteen year reign as the ISU's President. Shortly after his election, Georg Hasler remarked, "Owing to his education and experience, Dr. Koch has a broad international outlook, one not limited only to Swiss affairs. He is broad-minded, possesses a distinct sense of humour, can size up people thoroughly and quickly, and is not at all likely to be taken in. His extensive knowledge of languages will be of great advantage to him." 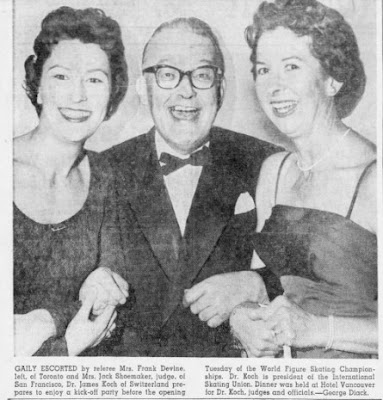 During James' reign as ISU President, he tackled internal corruption, judging controversies and delicate political situations, such as an increased number of skaters attempting to defect from behind the Iron Curtain at major ISU Championships. In her book "Cracked Ice", Sonia Bianchetti Garbato wrote, 'Credit must be given to the then President of the ISU, James Koch, and to the Council for their courage and determination to inflict the maximum penalty on [corrupt officials Hans Grunauer and Adolf Rosdol] to restore credibility to the judging system and public confidence in it." 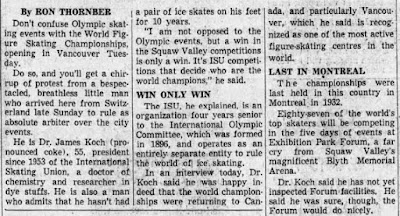 Article from "The Vancouver Sun", published in advance of the 1960 World Championships
James saw the rise of television and the first European Championships in ice dance. Not one to be intimidated, he threatened to take the 1961 World Championships away from Czechoslovakia if the Jelinek's were given trouble. When the Czechoslovakian organizers of those Championships wanted to go ahead with the event after the Sabena Crash, his response was firm. "The tragedy is too enormous to go on with the Championships," he said. "It is impossible to hold them. There would be no joy in such a Championship." At the last ISU Congress James presided over, it was voted that all future ISU Championships would be held in indoor rinks.
James resigned as the ISU's President in 1967 after severe arthritis forced him to undergo a hip replacement surgery. He was briefly succeeded by Ernest Labin, then France's Jacques Favart. He passed away on June 16, 1982 at the age of seventy-eight, after being in ill health for some time. His massive collection of skating pins and medals were donated to the World Figure Skating Museum and he was inducted into the World Figure Skating Hall Of Fame in 1994.

Skate Guard is a blog dedicated to preserving the rich, colourful and fascinating history of figure skating and archives hundreds of compelling features and interviews in a searchable format for readers worldwide. Though there never has been nor will there be a charge for access to these resources, you taking the time to 'like' the blog's Facebook page at http://www.facebook.com/SkateGuard would be so very much appreciated. Already 'liking'? Consider sharing this feature for others via social media. It would make all the difference in the blog reaching a wider audience. Have a question or comment regarding anything you have read here? Have a suggestion for a topic related to figure skating history you would like to see covered? I'd love to hear from you! Learn the many ways you can reach out at http://skateguard1.blogspot.ca/p/contact.html.
Posted by Skate Guard Blog at August 25, 2022
Email ThisBlogThis!Share to TwitterShare to FacebookShare to Pinterest
Newer Post Older Post Home