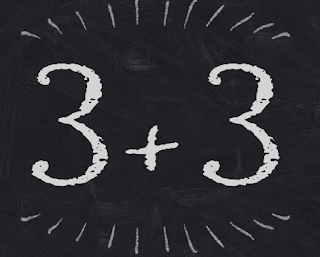 After Canada's Vern Taylor made history at the 1978 World Championships by landing the first triple Axel in an ISU Championship, the jump became the benchmark of technical achievement that chroniclers of the sport focused on ad nauseum. The triple Axel continued to be a media hyperfocus well into the late nineties. If a [male] skater didn't have the jump in their repertoire, warned commentators, they couldn't possibly be a contender internationally. While focus on the Axel - and later the quad - grew in its scope, the early history of another technical achievement didn't receive nearly the same amount of hoopla. That marvel was the triple/triple combination. 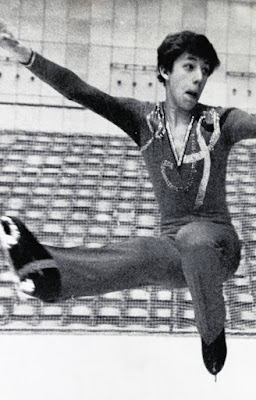 One of the first men to master the triple/triple combination was America's Robert Wagenhoffer. He included a triple toe-loop/triple toe-loop in his free skate at the 1978 Pacific Coast Championships in Burbank, California. At the 1980 World Championships in Dortmund, West Germany, thirteen year old Gzregorz Filipowski landed an incredible nine triple jumps, including the first triple toe-loop/triple toe-loop combination in an ISU Championship. Only eighteenth in figures, Filipowski managed to move up several places as a result of his free skating in his first trip to the Worlds. Many - including Olympic Gold Medallist Manfred Schnelldorfer - felt that his marks (in the 5.2 range, even for technical merit) were way too low.

In the following two seasons, other men quickly added the risky triple/triple to their repertoire. Heiko Fischer and Mark Cockerell both mastered the toe-loop/toe-loop and by 1984, Alexandr Fadeev had upped the ante considerably, landing two new triple/triples - the Salchow/toe-loop and Lutz/toe-loop - at the European and World Championships. By the fall of 1985, junior skater Michael Shmerkin was including the Salchow/toe-loop in his free skate as well.

A small club of fearless Canadians, including Kurt Browning and Neil Paterson, began attempting the triple Salchow/triple loop in the mid-eighties. Browning landed the first triple Salchow/triple loop in competition at the 1990 Nations Cup in Gelsenkirchen, West Germany. By 1991, Browning had mastered a slew of impressive triple/triple combinations, including the Axel/toe-loop and flip/toe-loop. He made history at that year's World Championships in Munich as the first skater to manage to stay upright on three triple/triple combinations in one program. Three years earlier at the Winter Olympic Games in Calgary, Brian Boitano made history as the first Olympic Gold Medallist to include a triple/triple combination in his winning free skate.

The first woman to successfully land a triple/triple combination in competition was Japan's Sachie Yuki. She landed the toe-loop/toe-loop at the NHK Trophy in 1980. The first woman to land the toe-loop/toe-loop at an ISU Championship was eleven year old Midori Ito, at the 1981 World Junior Championships in London, Ontario. Though she won the free skate at that event, her twentieth place finish in the figures kept her down in eighth overall - a trend that continued in her career for some years to come. The first woman who became a World Champion that had a triple/triple combination in her bag of tricks was Debi Thomas, though she didn't attempt it when she won her World title in Geneva in 1986. She landed a beauty at the 1988 U.S. Championships in Denver though.
Surya Bonaly

Triple/triple's were the in thing in the nineties. France's Surya Bonaly rattled them off without batting an eyelash. Midori Ito landed the triple Axel/triple toe-loop in a practice at the Albertville Olympics in 1992. At a World Junior team selection event in Woodridge, Illinois in the autumn of 1997, Timothy Goebel landed a triple toe-loop/triple toe-loop/triple loop combination. Irina Slutskaya became the first woman to add a loop to a Lutz in 2000.

A woman didn't land a triple/triple in the short program until the autumn of 1996 - because the ISU didn't allow 'the ladies' to attempt such a risky element. Krisztina Czakó of Hungary was the first woman to land it in competition.

The extremely difficult triple loop/triple loop combination was first landed in an ISU Championship by Éric Millot at the ISU Champions Series Final in 1995. The following year at the U.S. Postal Service Figure Skating Challenge in Philadelphia, Tara Lipinski became the first woman to complete the challenging combination of edge jumps in competition. Tonya Harding had practiced the daring combination, but never attempted it in competition.
Alexandr Abt
Though Kurt Browning landed the most difficult of triple/triple combinations - the triple Axel/triple loop - in practice a half a dozen times at Skate Canada International in Thunder Bay in 1988, it wasn't until ten years later, in the autumn of 1998, that Alexandr Abt made history as the first skater to land the combination in competition. The second skater - and the first to land the jump at the Canadian Championships - was Jayson Dénommée in 2001.
In the figure skating world of today, a senior skater without a triple/triple combination in their repertoire is hard to come by. Without question, when done well, they are one of the most thrilling elements of any skater's program... and they are here to stay.

Skate Guard is a blog dedicated to preserving the rich, colourful and fascinating history of figure skating and archives hundreds of compelling features and interviews in a searchable format for readers worldwide. Though there never has been nor will there be a charge for access to these resources, you taking the time to 'like' the blog's Facebook page at http://www.facebook.com/SkateGuard would be so very much appreciated. Already 'liking'? Consider sharing this feature for others via social media. It would make all the difference in the blog reaching a wider audience. Have a question or comment regarding anything you have read here? Have a suggestion for a topic related to figure skating history you would like to see covered? I'd love to hear from you! Learn the many ways you can reach out at http://skateguard1.blogspot.ca/p/contact.html.
Posted by Skate Guard Blog at November 04, 2022
Email ThisBlogThis!Share to TwitterShare to FacebookShare to Pinterest
Newer Post Older Post Home