From Rags To Regina: The Bert Penfold Story 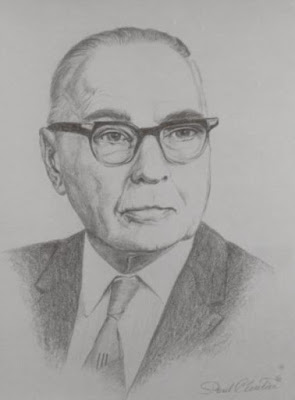 "Like a lot of parents, I became interested when my two daughters started to skate. I skate purely for fun. My greatest reward has been watching so many youngsters take up this wonderful sport, develop into fine citizens and then see their children in turn follow in their parents skate-steps." - Bert Penfold, "Skating" magazine, May 1966

The son of Frederick and Harriett 'Hattie' (Tubb) Penfold, Bert Penfold was born August 14, 1898 on the Isle of Wight. Frederick, a journeyman who made do by painting houses, died of a cerebral hemorrhage when Bert was only a year old. Harriett struggled to make ends meet as an impoverished widow. One of her daughters went into service and Bert and other siblings were separated and put into Barnado's Homes. Bert was shipped off to Canada in 1907 and boarded with a German Methodist family on a farm in the Muskoka region of Ontario for a time before being sent to live with another family, the Moore's, in Regina, Saskatchewan. He was one of the Home Children. 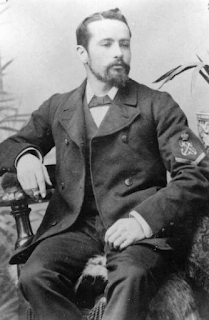 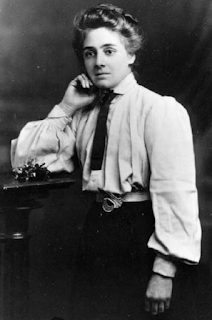 When The Great War broke out, seventeen year old Bert joined the Canadian Expeditionary Force, serving with the 162nd and 122nd Battalions on the front lines in France. Upon returning to Canada, he worked with the John Deere plow company and as a bookkeeper for the federal tax office. He began his forty year career with the Independent Electric Company in 1925. In his spare time, he enjoyed shooting, lawn bowling, canoeing... and skating. 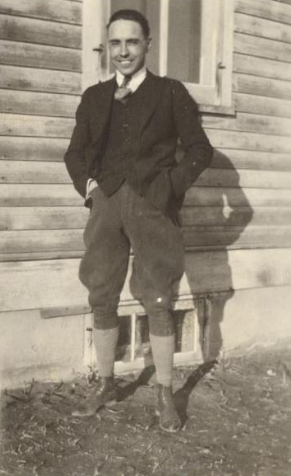 Bert was first exposed to figure skating during World War II, when his daughters Joan and Margaret seriously took up the sport at the Wascana Winter Club. After serving as the Club's President, he became the first Chairman of the first Section in Canada - the Western Canada Section of the Canadian Figure Skating Association - in 1947. Two years later, the CFSA had a Western President, Alf Williams of Calgary. When influential CFSA officials from Ontario tried to oust the CFSA's second Western President, Herb Larson, in 1954, Bert travelled all over the Prairies trying to drum up proxy votes from skating clubs. The coup backfired and Larson was re-elected. 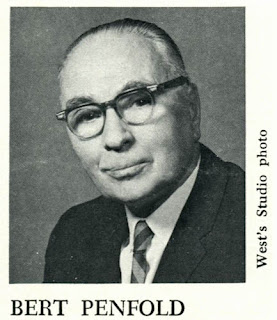 After four years as the CFSA's Vice-President and chair of the Membership Committee, Bert was elected as the Association's President. A long-time judge, he served as the manager of the World Team in Colorado Springs in 1965, when Petra Burka won the gold medal. As President, he pushed for more coverage of the sport on television and advocated for more support for skaters from Western Canada. Most notably, he spearheaded a Publicity Committee and urged organizers of skating events in Canada to develop strong relationships with the media. His efforts helped bring skating out of newspaper's society pages and on to front pages was key to the sport's development. Over the years, he served as chairman of the Western Canadian Figure Skating Championships, North American Championships and Canadian Championships. He was awarded the Centennial Medal for his contributions to figure skating in Canada in 1968. 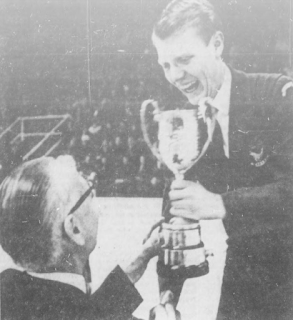 Bert passed away on May 28, 1968 at the age of sixty-nine. He was posthumously inducted into the Saskatchewan Sports Hall Of Fame in 1975. His nephew by marriage, Les Aspin, served as President Bill Clinton's first Secretary of Defense but died in office in May of 1995. His daughter Margaret Sandison made history as the first international figure skating judge from Saskatchewan.

Skate Guard is a blog dedicated to preserving the rich, colourful and fascinating history of figure skating. Over ten years, the blog has featured over a thousand free articles covering all aspects of the sport's history, as well as four compelling in-depth features. To read the latest articles, follow the blog on Facebook, Twitter, Pinterest and YouTube. If you enjoy Skate Guard, please show your support for this archive by ordering a copy of figure skating reference books "The Almanac of Canadian Figure Skating", "Technical Merit: A History of Figure Skating Jumps" and "A Bibliography of Figure Skating": https://skateguard1.blogspot.com/p/buy-book.html.
Posted by Skate Guard Blog at January 09, 2023
Email ThisBlogThis!Share to TwitterShare to FacebookShare to Pinterest
Newer Post Older Post Home