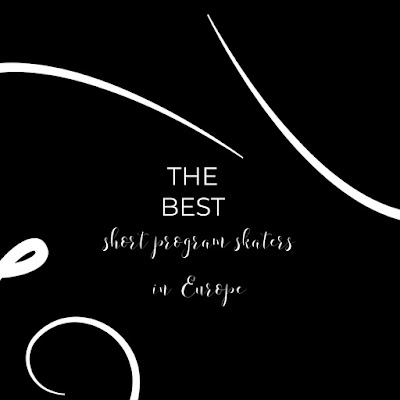 Compulsory connected program, original program, technical program... The short program has had many names since it was first introduced at the European Championships for pairs in Grenoble, France in 1964. The short program for singles was first contested at the Europeans nearly a decade later, in Cologne, West Germany in 1973. Today we'll take a quick look at the winners of the short program at Europeans each year... and some interesting takeaways. One note: a '*' denotes that a skater or couple also won the overall title that year.

A few interesting things that stand out here! Only twice since the short programs for singles and pairs have both been around have all of the three of the winners of that phase of the competition not won the overall title: 1982 in Lyon and 1990 in Leningrad. 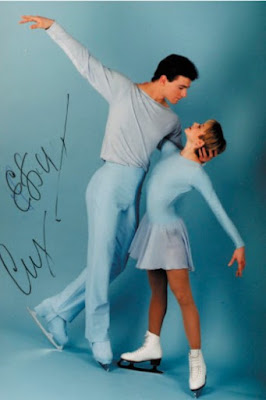 Elena Berezhnaya and Anton Sikharulidze are the only skaters ever to win the short program at the European Championships and withdraw prior to the free due to illness or injury. This happened in Prague in 1999.

In the women's event, three of the biggest short program 'upset' wins came from Russian skaters. Kira Ivanova and Anna Kondrashova bested Olympic Gold Medallist Katarina Witt in 1985 and 1986, while Olga Markova took top spot in 1995, ahead of the four-time and reigning European Champion Surya Bonaly.

Posted by Skate Guard Blog at July 15, 2021
Email ThisBlogThis!Share to TwitterShare to FacebookShare to Pinterest
Newer Post Older Post Home
"As a rule an author has one or two popular ways of contrasting the past with the present. He can treat the past as lying in comparative doleful ignorance, or he can explain that the past was infinitely superior to the day we live in. Of course, either method is the popular journalism of the moment, and in reality there is no sharp contrast, but a gradual transition which leads the past into the present." - Joel B. Liberman, Skating Club Of New York