Over the years, many international figure skating competitions have come and gone. Prominent events like England's St. Ivel and Richmond Trophy and Germany's Nations Cup once drew top skaters from around the world, but are now relegated to the history books. So too is a short-lived but unique figure skating competition that took place only twice in the eighties... Canada's La Coupe Excellence. 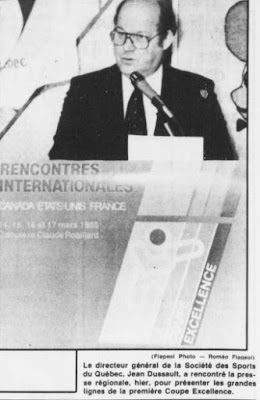 Held at the Complexe sportif Claude-Robillard and Aréna Michel-Normandin in Montreal, La Coupe Excellence was a multi-sport event that drew over two hundred athletes from around the world - thirty-five of them former Olympians. It was first held from March 15-17, 1985. The sports that were included that year were hockey, boxing, gymnastics, weightlifting, fencing, synchronized swimming and figure skating. Jean Dussault, the general manager of the Société des Jeux du Québec explained, "The final choice of disciplines was made according to certain criteria including the level of credibility with the spectators who are an important support, and also the question of competition schedules. La Coupe Excellence replaces in a way the Quebec sports championships... The sponsors, the athletes and the federations realized that we had to orient our efforts towards the international level following the successes of our athletes at the Olympic Games in 1984. We must give our athletes the chance to compete on the international stage and they will only be better prepared for the Calgary Games in 1988." A four dollar ticket allowed spectators the chance to see as many sporting events as they wanted. 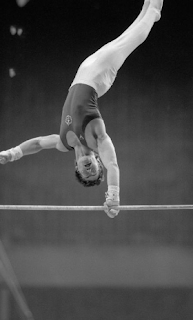 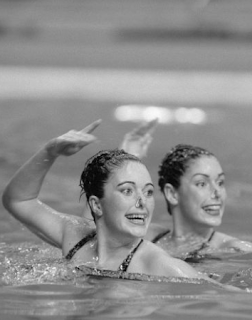 Competitors in the gymnastics and synchronized swimming events at La Coupe Excellence in 1985. Photos courtesy Bibliothèque et Archives nationales du Québec.
Figure skaters from three countries (Canada, France and the United States) participated in the first year of the event. Competing in what would ultimately be their last event as representatives of Canada, Isabelle and Paul Duchesnay won the gold the ice dancing event, defeating Americans Lois Luciani and Russ Witherby and fellow Canadians Michelle McDonald and Patrick Handley. Americans Gillian Wachsman and Todd Waggoner won the pairs event, ahead of Canadians Christine Hough and Doug Ladret and Isabelle Brasseur and Pascal Courchesne. To the delight of the Montreal crowd, Quebec's Nathalie Sasseville won the women's event, ahead of Kathryn Adams, Julie Brault, Tracey Wainman and Jill Frost. Christopher Bowman won the men's event and a young Kurt Browning was fifth. 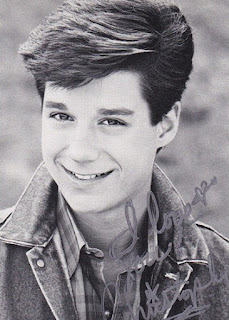 Christopher Bowman
In 1986, a blue-collar workers' strike left La Coupe Excellence's organizers scrambling at the last minute to find a new venue. The event was ultimately cancelled. An article in "The Montreal Gazette" noted, "Tournament organizers felt they could wait no longer for an end to the strike, as more then $70,000 had been committed to air fares and half that amount must be paid despite the cancellation." 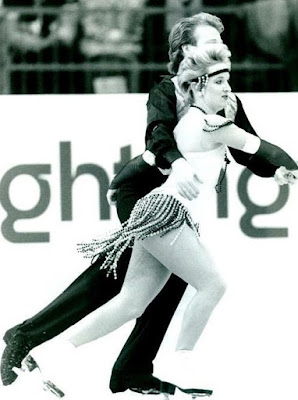 Skate Guard is a blog dedicated to preserving the rich, colourful and fascinating history of figure skating. Over ten years, the blog has featured over a thousand free articles covering all aspects of the sport's history, as well as four compelling in-depth features. To read the latest articles, follow the blog on Facebook, Twitter, Pinterest and YouTube. If you enjoy Skate Guard, please show your support for this archive by ordering a copy of figure skating reference books "The Almanac of Canadian Figure Skating", "Technical Merit: A History of Figure Skating Jumps" and "A Bibliography of Figure Skating": https://skateguard1.blogspot.com/p/buy-book.html.
Posted by Skate Guard Blog at January 16, 2023
Email ThisBlogThis!Share to TwitterShare to FacebookShare to Pinterest
Newer Post Older Post Home