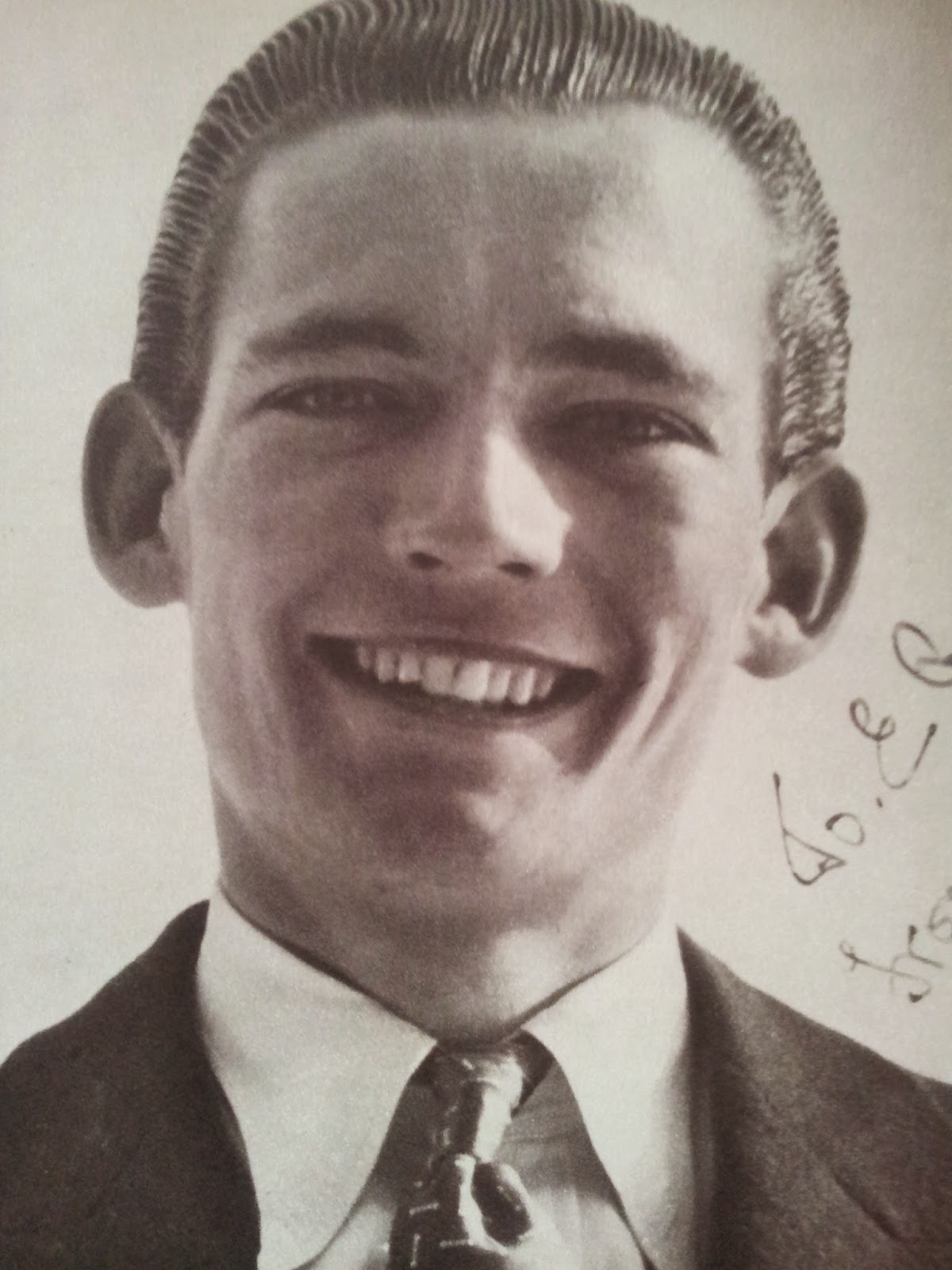 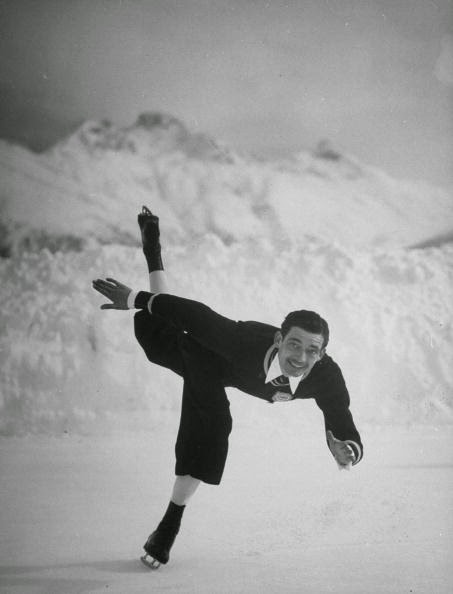 Sometimes small projects quickly turn into bigger ones. For instance, go to throw out those tomatoes that are past their prime and all of a sudden you are cleaning the entire fridge. That's kind of how this particular blog about Henry Graham Sharp came about. I was researching this particular skater for a completely different blog altogether and turned to one of my most trusted sources, BIS historian Elaine Hooper for archival information. As always, Elaine proved to be an absolute treasure trove and provided me so much that I said to myself that this particular skater deserves their very own feature... and here we are! 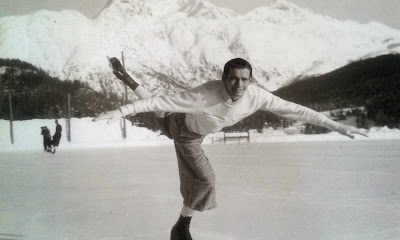 Born December 19, 1917, the skater who would go on to win the 1939 World title would actually start his career as an ice dancer. With Vita Supple, he won Great Britain's first Inter Rink Ice Dance Competition in 1933 not long after he started skating. He then turned to (or focused on) singles skating. When Graham Sharp finished second at the 1936 British Championships, he had only been skating for a relatively short time. Until this point, unless a skater had trained abroad in Switzerland it was unheard of for them to be successful in competition, even at home. 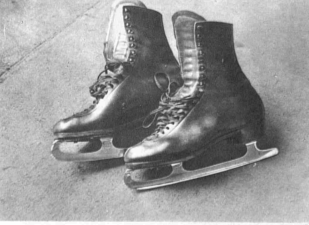 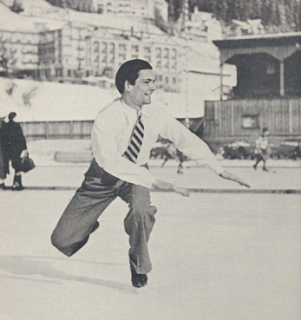 Graham quickly found success internationally as well, winning the silver medal at both the European and World Championships in 1936, 1937 and 1938. Much of his success was owed to his exceptional competence in the compulsory figures. In 1938, author T.D. Richardson wrote of the 1939 World Champion: "Graham Sharp is by far the best male School Skater of the day. He has an ease and accuracy that is a joy to those with real knowledge and appreciation of the fine points of the School Figures." 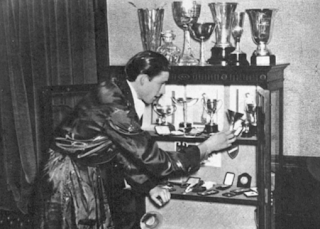 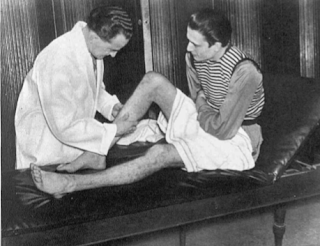 Elaine Hooper explained, "The [Sharp] family came from Bournemouth, a wealthy area of the country, which is about thirty miles from where I was brought up in Southampton. His father owned a motor car showroom called Westover Motors and he had [an] ice rink built over the showroom in order that Graham and his sister - I think her name was Hazel but am not sure - could learn to skate. The rink remained open until the late 1980's but Westover Motors still exists as a business. I believe Major Sharp engaged the Canadian Phil Taylor (father of Megan Taylor) to teach them." 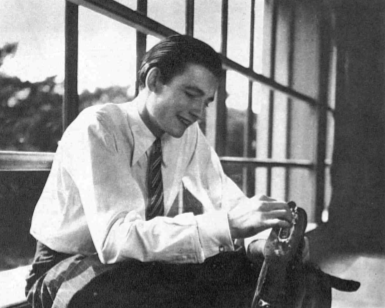 While Graham was skating, he also worked at Westover Motors with his father. When the Westover Ice Rink his father had built proved quite popular, Graham opted to travel to Southampton every morning from September to December of 1938 so that he could practice his free skating program in an empty rink in preparation for the 1939 European and World Championships. In his spare time, he played lawn tennis, golf and spent considerable time at the cinema. 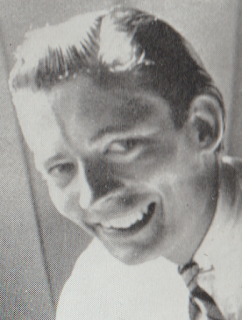 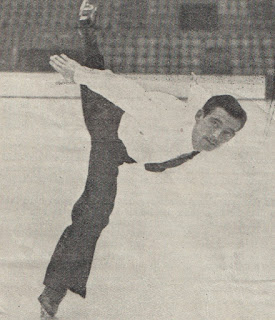 Lucrative offers to turn professional also presented themselves to Graham in 1938. He was offered a seven year contract in Hollywood as well as two thousand pounds (which at the time would have bought four houses, so it was a LOT of money) to join ice shows. He turned down these offers as his main goal at the time was to become the World Champion.

1939 proved to be an eventful year for Graham. After winning the European Championships in Davos, Switzerland, Graham travelled to Budapest, Hungary in February of that year for the World Championships. His main competition came from his teammate Freddie Tomlins, who had finished second to Graham at both the British and European Championships. Graham would finally achieve his goal of becoming World Champion, outskating Tomlins, Germany's Horst Faber and nine others. 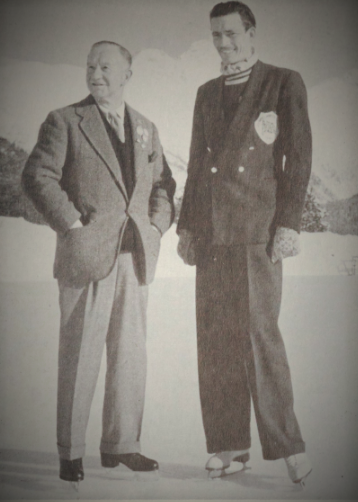 Ironically, it wasn't so much his skating as what we wore that gained media attention at the time. Graham (by many considered quite a good looking man) wore a red silk shirt, a brightly coloured tie and loosely fitting trousers. He drew criticism from a regular columnist in The Skating Times: "The introduction of fancy dress in championship skating has little to recommend it and might, in the long run prove harmful". Graham fought back and issued a reply to the columnist in the next month's issue of the newsletter: "I don't in the least bit mind criticism but I should like to say that I wore the same modern skating outfit in the Berlin Worlds last year because I felt better in it. I asked the ISU and NSA officials first and now several of the Continental skaters have copied me."

War was declared in September of 1939 and in October Graham received 'the call'. In November, he married his long time girlfriend Hazel Mason of Bournemouth. By April 1940, he was a Second Lieutenant in the Royal Army Service Corps serving in France. He later served in Belgium, North Africa and Dunkirk, where he sustained an injury.

Graham wasn't the only British men's skater of the time to serve in the War. British medallist Geoffrey Yates served as a Major in the marines and was in the D-Day landings. Yates survived the War and went on to become an international level judge and referee. Freddie Tomlins (who was also a successful speed skater) was a rear gunner in the air force and was tragically shot down by a Nazi submarine and killed  over the English Channel on June 20, 1943 at age twenty three. Graham was fortunate enough to survive his service in World War II and was later demobbed as Captain. 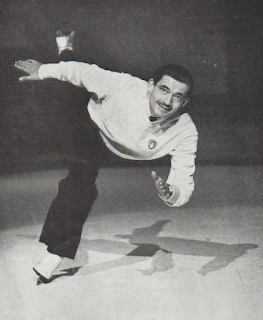 Graham returned to skating after the War (then a father of two) and handily won his seventh and eighth British titles in 1946 and 1948. He represented Great Britain at the 1948 Winter Olympic Games and World Championships in Switzerland, placing seventh and sixth. At the Olympics, he had the honour of being England's flagbearer. 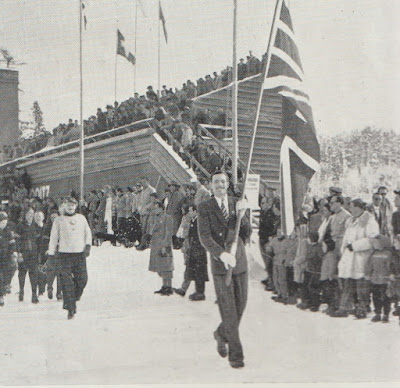 Graham Sharp at the 1948 Winter Olympic Games. Photo courtesy "Skating World" magazine.
Graham then turned to judging the sport, alongside his former competitor Geoffrey Yates. He also served on the council of Britain's National Skating Association. He lived abroad for a time, coaching in Hershey, Pennsylvania, Tulsa, Oklahoma and Wichita, Kansas. He returned to England and settled in Hampshire in 1976. He passed away on December 2, 1995. 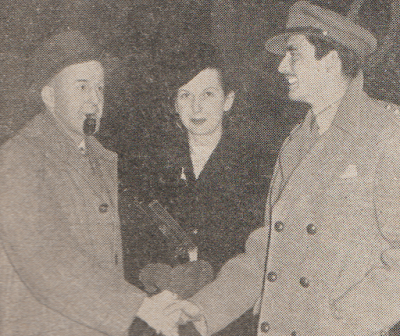 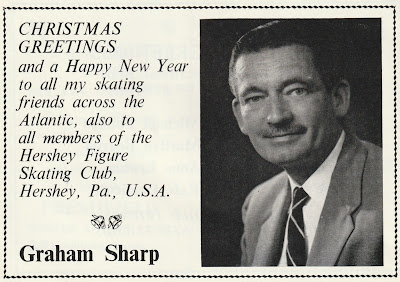 
An interesting part of the legacy of Graham's story comes from the rink that his father Major Sharp built in his motor car showroom. Elaine Hooper relayed, "Bournemouth was and is a holiday destination and Graham's father Major Sharp took full advantage of this by having an annual summer ice revue to attract the holiday makers. This was followed by an annual grand reopening of the rink. Ice shows became very popular in Britain and The Skating Times of January 1938 stated that 'full credit should go to Major F.G. Sharp of Bournemouth who originated professional ice revues here'. Many years later when the Cousins family from Bristol holidayed in Bournemouth with their two sons, the younger one, nine year old Robin asked if he could have a go at skating in the ice rink. The rest is history." History it is!

Skate Guard is a blog dedicated to preserving the rich, colourful and fascinating history of figure skating and archives hundreds of compelling features and interviews in a searchable format for readers worldwide. Though there never has been nor will there be a charge for access to these resources, you taking the time to 'like' on the blog's Facebook page at http://www.facebook.com/SkateGuard would be so very much appreciated. Already 'liking'? Consider sharing this feature for others via social media. It would make all the difference in the blog reaching a wider audience. Have a question or comment regarding anything you have read here or have a suggestion for a topic related to figure skating history you would like to see covered? I'd love to hear from you! Learn the many ways you can reach out at http://skateguard1.blogspot.ca/p/contact.html.
Posted by Skate Guard Blog at September 16, 2015
Email ThisBlogThis!Share to TwitterShare to FacebookShare to Pinterest
Newer Post Older Post Home