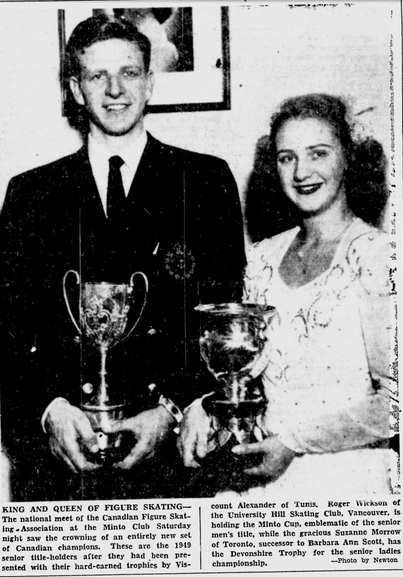 After Barbara Ann Scott turned professional and Wallace Distelmeyer retired following the 1948 World Figure Skating Championships in Davos, one might have predicted a dearth in Canadian figure skating. That simply was not the case. However, things became very complicated in 1949 when the Canadian Championships and World Championships ended up being scheduled at the exact same time. As a result, Canada's best figure skaters convened at the Minto Skating Club in Ottawa to vie to become Canada's next champion and the country went completely unrepresented at that year's World Championships. 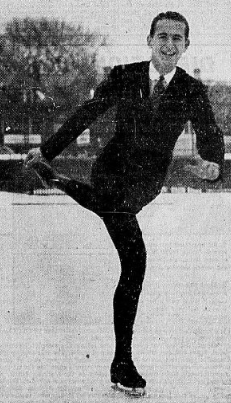 In the senior pairs event, Marlene Smith of Toronto, who had won the junior women's title the previous year, teamed up with Donald Gilchrist to take the title ahead of Pearle Simmers and David Spalding of the Connaught Skating Club and fellow Toronto Skating Club representatives Joyce Perkins and Bruce Hyland. As only one fours team had entered, an official competition was not held but a quartet from the Toronto Skating Club added comedic flair to their performance and earned some laughs from the packed audience, which included Their Excellencies, The Governor General and Viscountess Alexander of Tunis.

In ice dancing, the Tenstep was won by eighteen year old Pierrette Paquin of Quebec and twenty year old Donald Tobin of Ottawa, who had passed both the Canadian and U.S. Silver Dance tests together. However, in the Silver Dance and Waltz competitions, Joyce Perkins and Bruce Hyland reversed the result. Placing third in both events were Joy Forsyth, a stenographer, and her partner Ronald Vincent, a graduate of the University Of British Columbia with an honours in genetics who played the violin in his university's symphony.

Maintaining a slight lead of 3.9 points over Toronto's Bill Evan Lewis in the school figures, Roger Wickson of the University Skating Club in Vancouver delivered a strong free skate to secure his first of two Canadian senior men's titles and The Minto Cup after skating in the shadow of Distelmeyer and Norris Bowden in years previous. Bowden, who had won the senior men's title in 1947, dropped from third after the figures to finish fourth behind Donald Tobin. 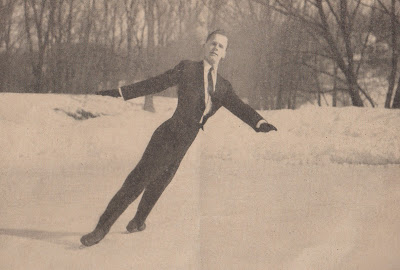 There were nine entries in the senior women's competition. Jeanne Matthews of Vancouver, who had finished second behind Barbara Ann Scott at the previous year's Canadian Championships in Calgary, lead after the figures with 742.9 points ahead of Suzanne Morrow with 738.0. Patsy Earl of The Granite Club was third with 734.8 ahead of Marlene Smith, Vevi Smith, Pierrette Paquin, Patsy Scully, Cynthia Kirby and Betty Hiscock. Morrow, a fifth year student at Lawrence Park Collegiate from Toronto, came from behind to win the gold. The February 19, 1949 issue of "The Ottawa Citizen" noted that she gave "a dazzling display of free skating" to snatch the title and The Devonshire Trophy. Patsy Earl finished second and Jeanne Matthews third.

Although the Toronto Skating Club won sixteen of the twenty seven medals offered in all events that year and earned the Earl Grey Trophy for most points accumulated by any one skating club, it wasn't for the host club's lack of trying. The aforementioned article from "The Ottawa Citizen" noted that "the tense atmosphere of the titular contests was relieved by the cheering antics of the 'Mintoettes', the youthful club members who lustily supported their Ottawa favourites. They were doing their best to 'sway judges and influence people,' according to one remark. There was always a loud cheer when the judges held up high score cards. Following the spirited and colourful competitions, the Minto Club was host to all officials, contestants and guests at a party at Landsdowne Park, when they were greeted by President and Mrs. D. Cruikshank."

Skate Guard is a blog dedicated to preserving the rich, colourful and fascinating history of figure skating and archives hundreds of compelling features and interviews in a searchable format for readers worldwide. Though there never has been nor will there be a charge for access to these resources, you taking the time to 'like' on the blog's Facebook page at http://www.facebook.com/SkateGuard would be so very much appreciated. Already 'liking'? Consider sharing this feature for others via social media. It would make all the difference in the blog reaching a wider audience. Have a question or comment regarding anything you have read here or have a suggestion for a topic related to figure skating history you would like to see covered? I'd love to hear from you! Learn the many ways you can reach out at http://skateguard1.blogspot.ca/p/contact.html.
Posted by Skate Guard Blog at June 11, 2016
Email ThisBlogThis!Share to TwitterShare to FacebookShare to Pinterest
Newer Post Older Post Home