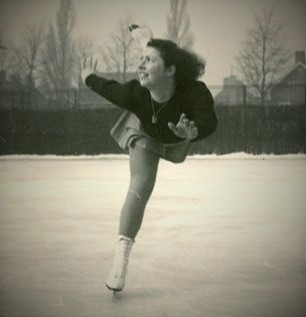 "She makes you want to skate, she takes skating for what it is, dishes out discipline when it's needed and makes you enjoy the whole idea of skating." - Dennis Coi, "Canadian Skater" magazine, Fall 1979

Coach, choreographer, mother, Dutch figure skating champion and Holocaust survivor Mrs. Ellen Burka passed away September 12, 2016 at the age of ninety five. She coached her daughter Petra to the 1964 Olympic bronze medal and 1965 World title, dear friend Toller Cranston to Olympic, World, North American and Canadian podiums and revolutionized the sport with her passion for artistry, proper skating technique and pushing the boundaries. During her incredible career, she guided a who's who of figure skating to the top. In 1966, she was the proud coach of both the Canadian men's and women's champion. Dorothy Hamill, Jay Humphry, Linda (Carbonetto) Villella, Heather Kemkaran, Tracey Wainman, Elvis Stojko, Karen Preston, Janet Morrissey, Dennis Coi, Christopher Bowman, Sandra and Val Bezic, Lucinda Ruh, Patrick Chan, Jacqueline Petr and Mark Janoschak, Jamie Lynn Kitching-Santee and countless, countless others all benefited from her expertise at one point or another. 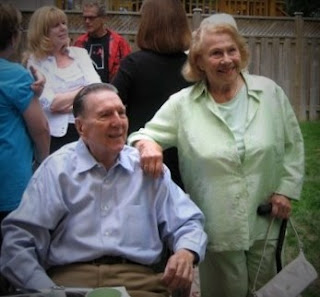 In 1992, Mrs. Burka was inducted into the CFSA (Skate Canada) Hall Of Fame; four years later the Canadian Sports Hall Of Fame. Incredibly, somehow she has never been inducted into the World Figure Skating Hall Of Fame. If you haven't made the time yet to watch her daughter Astra's wonderful documentary "Skate To Survive", you need to. If you haven't listened to Paul Dore's fantastic two-part interview with her on Open Kwong Dore, now is the time. It can't be overstated what an impact this phenomenal woman made on the sport and no one could possibly do her story justice as she did in her own words in these interviews. For that reason, instead of trying to tackle her story, I decided to cull together a fascinating collection of quotes from Mrs. Burka that offer a window into her thoughts on skating, her students and her life.

"Sure it's boring, but it has a certain charm once you do it well. It's an intriguing thing to try to get perfect figures." - "The Ottawa Citizen", January 4, 1974

"There are other ways to teach skating basics, other ways to learn edges and turns without spending four hours every day doing figures on a small patch of ice... Four hours on ice with their necks hanging down and their arms held stiffly at their sides leaves skaters cripples. They're too stiff and that hurts their free-skating training." - "The Globe And Mail", March 2, 1990

"I think the first two year's of any kid's life should spent learning to skate before they even touch a stick." - "The Montreal Gazette", April 2, 1975 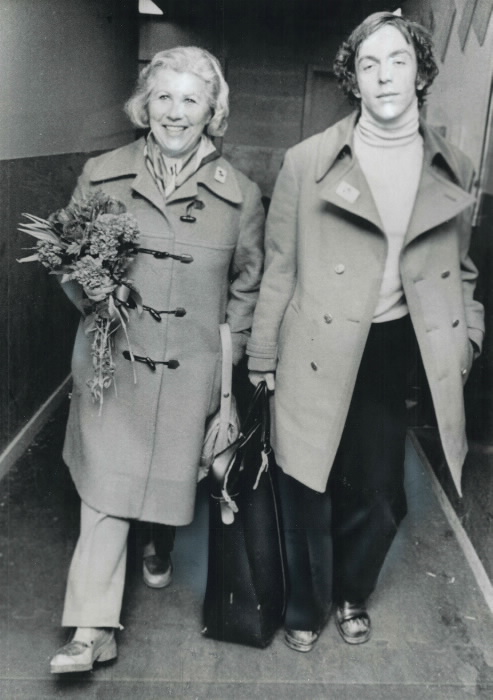 "I saw my parents standing in the cattle car. I waved to them. My mother went inside. My father stayed there. And then I left. I went back and dug peat moss... You lived with it. It was either your turn or not. It wasn't my turn." - "National Post", October 15, 2013

ON TOLLER CRANSTON... NOT LONG AFTER HIS BOOKS CAME OUT

"He was a very nice young man. But the more and more he got up and up and up, he became very involved in his own self-ness, how adored he was. It changed him. When he became too big about himself, he became difficult." - "The Ottawa Citizen", October 2, 2001

"I really had to keep an eye on her. The day before the competition, Tracey said to me, 'I'm tired, I'm tired,' so I said, 'Go to bed early tonight and have a good sleep.' At midnight, I went past her room to check up, and I heard voices. So I knocked on the door, and finally Tracey opens it. There were bottles everywhere, so I said, 'Where is he?' I found him behind the shower curtain." - "Toronto Life", April 2006

"She's one person who will be able to look back on her career one day and say she truly enjoyed it." - "The Toronto Star", February 5, 1986

ON THE SAALFELD FRAGRANCE VIALS FROM THE TITANIC WRECK

"As far as I can tell, those are my vials, and I haven't seen them yet... Now, if I want to see them, I am told that I have to pay for a ticket to get into the travelling exhibition, which is in Manchester right now... If there is any kind of legal action, it won't be resolved while I'm alive. It would be nice to smell them one more time. I remember my uncle's perfumes. My mother used to wear them, and they would leave stains on her clothes because they were made naturally, with the flower oils... I love good perfumes. I am totally addicted to perfume." - "National Post", November 13, 2004

"I don't think anyone has been that good in school figures in the past 20 years. She has this fantastic ability to block everything out when she's skating - many top skaters can't do that, they get very nervous in front of the crowd." - "The Montreal Gazette", February 2, 1973

"Christopher has several personalities. One is very likeable. Another is very irresponsible... His behaviour has been very erratic and out of control." - "The Toledo Blade", February 14, 1992

ON A PARENT COACHING THEIR OWN CHILD

"They should coach while they're working at the sport. At the moment they go home they should be a parent. The coach should not be taken into the house." - "The Vancouver Sun", November 14, 1987

"This was her dream, since she was a little girl, to skate at the Olympics and she's had to fight hard to make it come true. That's why I agreed when she asked if I'd take her on and continue through 1992. I saw her as a scrapper, a person who won't accept defeat. I thought I was finished with coaching but for me, Karen Preston represented something I needed, to get the old fires burning again. It woke me up, sort of. She's been good for me... Any coach would love Karen Preston. The girl really persevered to get where she wanted to go. I'm happy for her because she earned it. And I'm happy for myself because I'm able to be part of it at a time when I thought I was history - ancient history." - "The Toronto Star", January 28, 1992 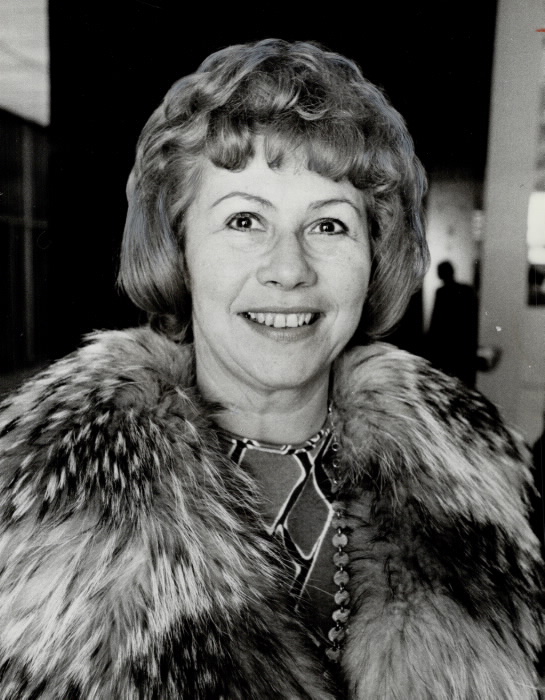 ON HER ADVICE TO A YOUNG ELVIS STOJKO

"Learn the triples. It's of the utmost importance. The artistry you can learn later." - "The Edmonton Journal", February 11, 1994

"It has to be a really cold day before her feet go numb but I've found a way to get the circulation back. All we have to do is stick them in a pail of hot water before she has to skate and she gets the feeling right back in her legs." - "The Montreal Gazette", February 3, 1966

"My relationship to my daughter was very good. Petra was very low key and very talented. She was the easiest student I ever had. It was a very unusual situation. When I look back, I don't know how we did it." - "The Vancouver Sun", November 14, 1987

Rest in peace, Mrs. Burka. You have left figure skating much, much better than you found it.

Skate Guard is a blog dedicated to preserving the rich, colourful and fascinating history of figure skating and archives hundreds of compelling features and interviews in a searchable format for readers worldwide. Though there never has been nor will there be a charge for access to these resources, you taking the time to 'like' on the blog's Facebook page at http://www.facebook.com/SkateGuard would be so very much appreciated. Already 'liking'? Consider sharing this feature for others via social media. It would make all the difference in the blog reaching a wider audience. Have a question or comment regarding anything you have read here or have a suggestion for a topic related to figure skating history you would like to see covered? I'd love to hear from you! Learn the many ways you can reach out at http://skateguard1.blogspot.ca/p/contact.html.
Posted by Skate Guard Blog at September 13, 2016
Email ThisBlogThis!Share to TwitterShare to FacebookShare to Pinterest
Newer Post Older Post Home