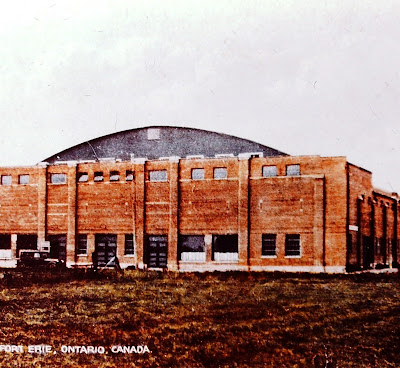 Built in 1928 and owned by wealthy philanthropist and industrialist Frank Burkett Baird, the Peace Bridge Arena in Fort Erie, Ontario was really an answer to the members of the Buffalo Skating Club's prayers. Prior to the rink's construction, members had practiced once a week (weather permitting) on natural ice at the Nichols School Indoor Skating Rink.

On the artificial ice at the Peace Bridge Arena, figure skating flourished in the late twenties and early thirties. Ormonde B. Haycock, a former Canadian Champion, was hired as the new club professional and ice time expanded from one day a week to three days. The Weigel sisters - Mary, Estelle and Louise - each won U.S. novice or junior national titles in the early thirties and brought considerable attention to the club, which had been in existence since 1921. The 1935 Buffalo Skating Club carnival, held in conjunction with the Niagara Falls Skating Club at the Peace Bridge Arena was a complete sell-out and the social event of the winter season. The March 18, 1935 issue of "The Niagara Falls Gazette" boasted, "For several days before the affair was scheduled tickets couldn't be had for love, money or influence. Society for miles around, skating enthusiasts and hundreds who had never before enjoyed the colour, rhythm and skill of the great performance simply jammed the big arena." 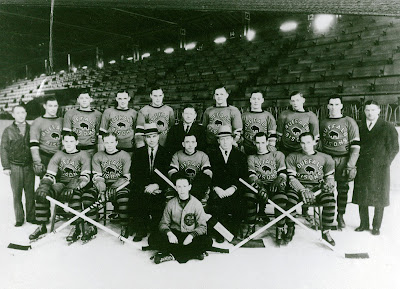 Then, just as figure skating in Buffalo was at the height of its popularity, it all came crashing down... literally. With a huge roar, the roof of the Peace Bridge Arena collapsed at 9:30 AM on March 17, 1936. Under the weight of thirteen inches of heavy, wet snow during a freak St. Patrick's Day blizzard, huge steel girders came hurtling down seventy feet to the ice surface, side walls tumbled down and a part of the front of the rink was forced forward. No employees were in the arena at the time of the disaster, however members of the Buffalo Bisons, an International Hockey League team, were just arriving for their morning practice session. The March 18, 1936 issue of the "Syracuse Port Journal" reported, "One player, Jarvis, was dressed and ready to step on the rink when the roof buckled under a load of snow." Miraculously, many of the hockey players preparing for the practice hadn't arrived yet and those who had all escaped without serious injury. The incident harkened back to a similar incident twenty one years prior in Port Colborne, Ontario. A play-off hockey game that ran late was so packed that the rink didn't clear out completely until midnight. Only two hours later, the rink's roof collapsed under a heavy snowfall. 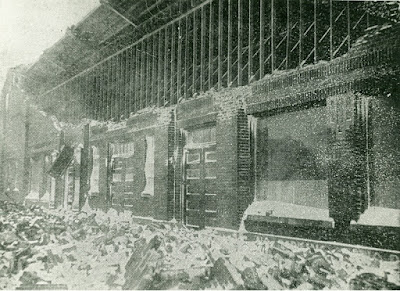 The afternoon of the disaster, members of the Buffalo Skating Club held a special meeting. For you see, the 1936 Buffalo Skating Club carnival had originally been slated to be held on March 21. 1936. As it was an Olympic year and figure skating was at the height of its popularity with the Sonja Henie craze, ten thousand tickets had already been sold for the carnival and a who's who of North American skating had been invited to participate. Had the collapse happened only four days later during the carnival, thousands of people would certainly have perished. Among those who would have been in attendance were the show's director Gustave Lussi, Ormonde B. Haycock, the Weigel sisters, Audrey Peppe, Eleanor and Margaret Wilson of the Granite Club and the Toronto four... Mrs. Spencer Merry, Elizabeth Fisher, Hubert Sprott and Ralph McCreath. 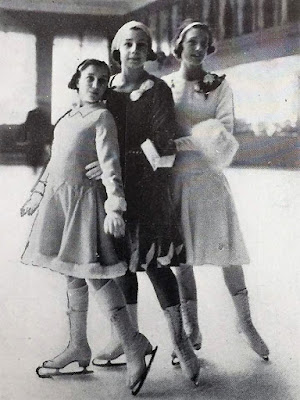 The Weigel Sisters of Buffalo

Despite having lost their rink - and nearly their lives - the members of the Buffalo Skating Club persevered. A history of the club penned in 1971 through material submitted by Mrs. Bryant Glenny, Mrs. Beryl Poutie Wilkinson, Mrs. Edward Weigel Atwill, Rita Lowery, John R. Smith and The Nichols School noted, "The Carnival was rescheduled for April 1 at the Niagara Falls, Ontario Arena. During the two week interim, rehearsals for the show were held at Mr. William W. Weigel's private skating rink at Pratt St., which was the first artificial rink built in Buffalo. Following the 1936 season the club suspended operations for a year and a half, though some members carried on their skating at the Weigel's private rink and at Niagara Falls. In the Fall of 1937, a group of club members coordinated with The Nichols School in equipping their rink with artificial ice making facilities. The compressors came from the old Broadway Auditorium and are still being used to make ice at the Dann Memorial Rink, in addition to an artificial compressor needed for a much larger ice surface."

Although the perseverance and 'the show must go on' attitude of the Buffalo Skating Club's members was incredibly admirable, the Peace Bridge Arena collapse could have certainly been one of the biggest tragedies in figure skating history. It's certainly a reminder that when it comes to skating... timing is everything.

Skate Guard is a blog dedicated to preserving the rich, colourful and fascinating history of figure skating and archives hundreds of compelling features and interviews in a searchable format for readers worldwide. Though there never has been nor will there be a charge for access to these resources, you taking the time to 'like' on the blog's Facebook page at http://www.facebook.com/SkateGuard would be so very much appreciated. Already 'liking'? Consider sharing this feature for others via social media. It would make all the difference in the blog reaching a wider audience. Have a question or comment regarding anything you have read here or have a suggestion for a topic related to figure skating history you would like to see covered? I'd love to hear from you! Learn the many ways you can reach out at http://skateguard1.blogspot.ca/p/contact.html7.
Posted by Skate Guard Blog at August 16, 2018
Email ThisBlogThis!Share to TwitterShare to FacebookShare to Pinterest
Newer Post Older Post Home